It was a privileged to serve as one of 5 judges for the 2014 Haiti International pageant. It was an honor, given the women I met and the night itself! 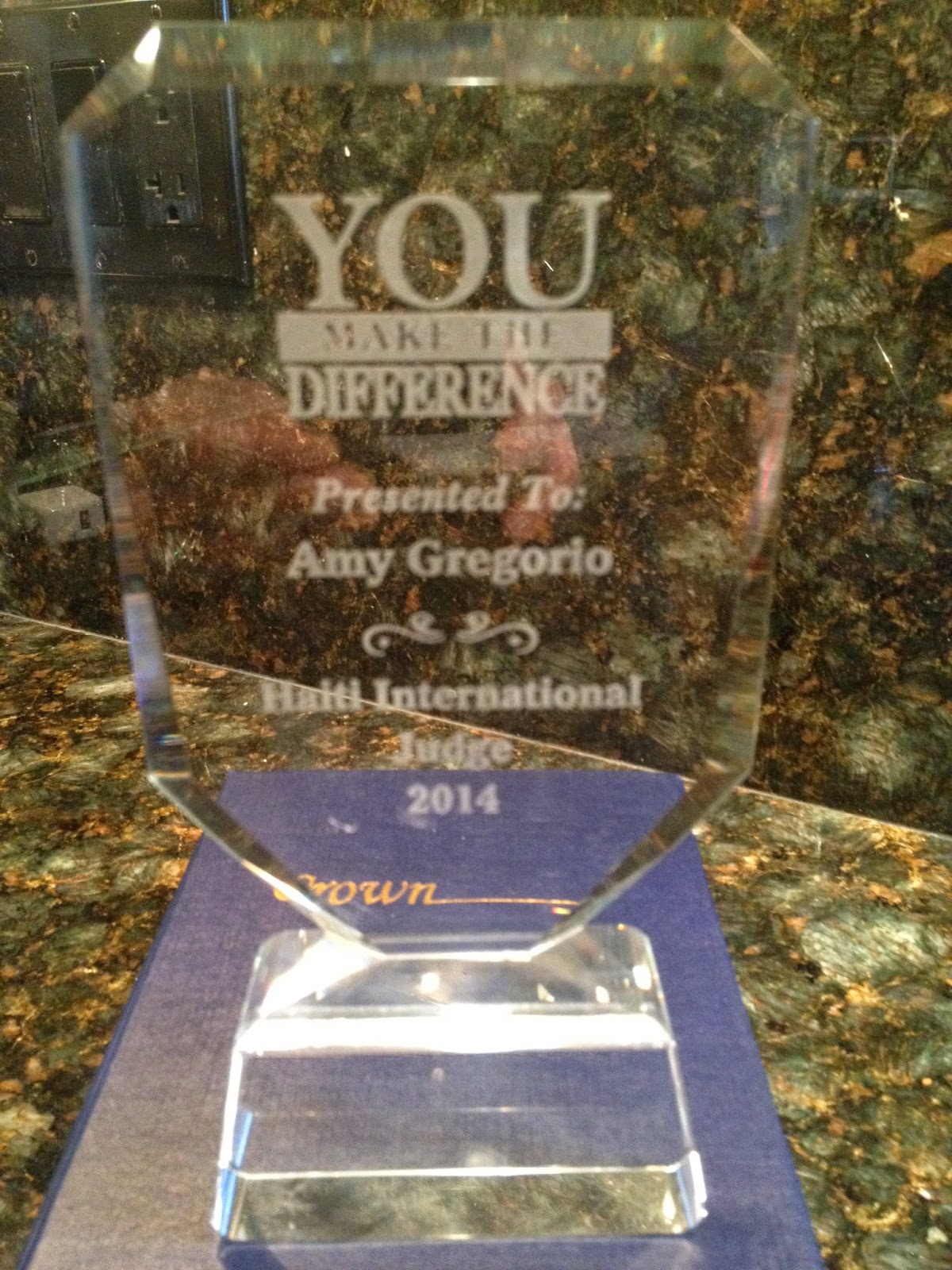 What an unexpected gift from the Haiti International Director! 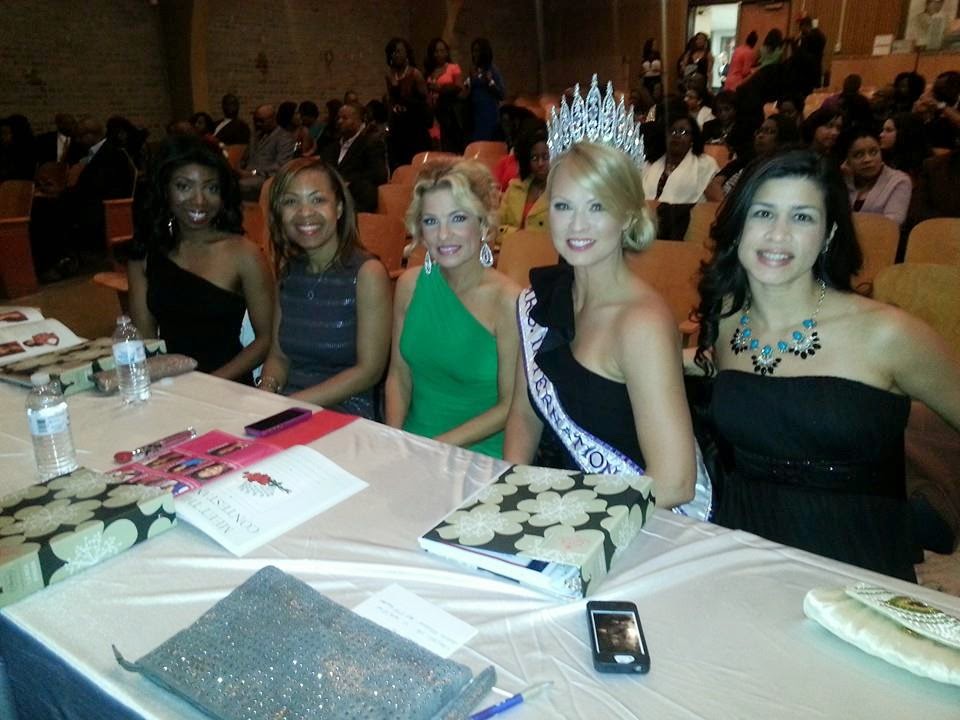 The judges line-up: Kola, Cleve, Whitney, myself and Jessica. Big decisions to be made by us.

I admire and adore each judge I spent time with…one of which was one of MY judges at Mrs. International! Whitney Carr is the mother of Jurnee Carr, Miss Teen International 2012. Whitney was the co-pilot of her daughter’s year and a perfect choice to help select the new Haiti queens. She is funny, beautiful and always has snacks on hand for the rest of us should the show run late. 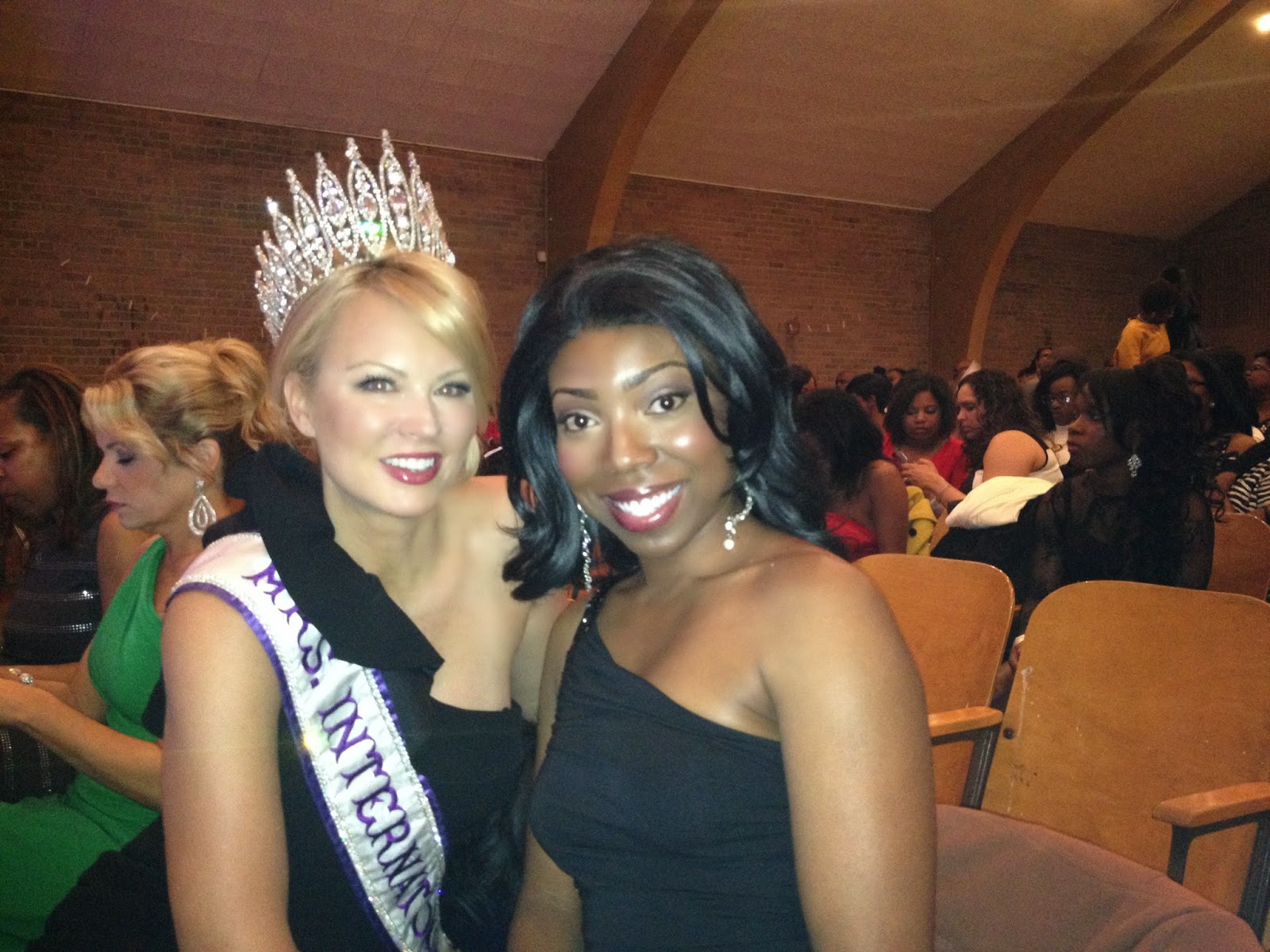 Even if she weren’t from Arkansas, where my parents live, I would still be in love with Kola!

I also met Kola Brown (Miss Arkansas International 2012 and Miss International 2012 runner-up) in person. I watched her compete in 2012. She is tall, stunning and also very articulate. Jessica Mitchell had not been to a pageant before, but this gorgeous gal has a wealth of community experience (One Hope) and brains to serve as a great judge, in my opinion. She has such depth to her! And there was Cleve Mesidor. She has worked under the Obama administration, with the House of Representative in D.C. and recently spent 6 months in Haiti!

It was possible through the Haiti director, Hermanie Pierre. She directs with both heart and ethics. Beforehand, she helped each contestant by offering weekly group conference calls. They were given a few days of site seeing and activities during the pageant. And then there was her show:

There were THREE singers, including the famous (and Haitian proclaimed Diva) Emeline Michel. There was also a Haitian rapper and a famous Haitian comedian. It was a live version of “Haitian International Pageant Got Talent!” 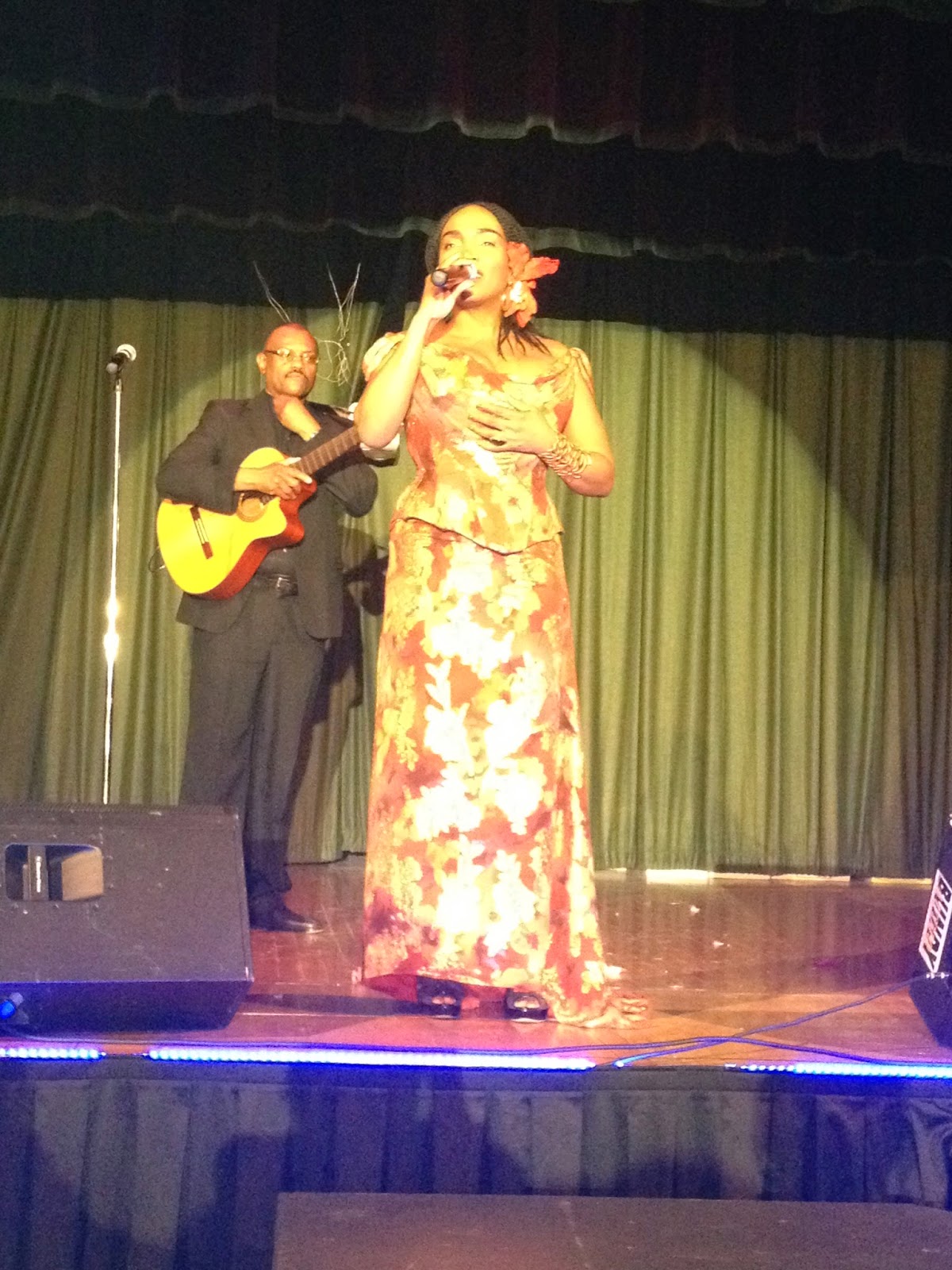 Emeline Michel oozes that cool-cat vibe in a world-class voice.

Mrs. International 2000, Joanne Bouvier-Brown, was one of the emcees and as delightful and elegant as always. If they could bottle her up and sell it… 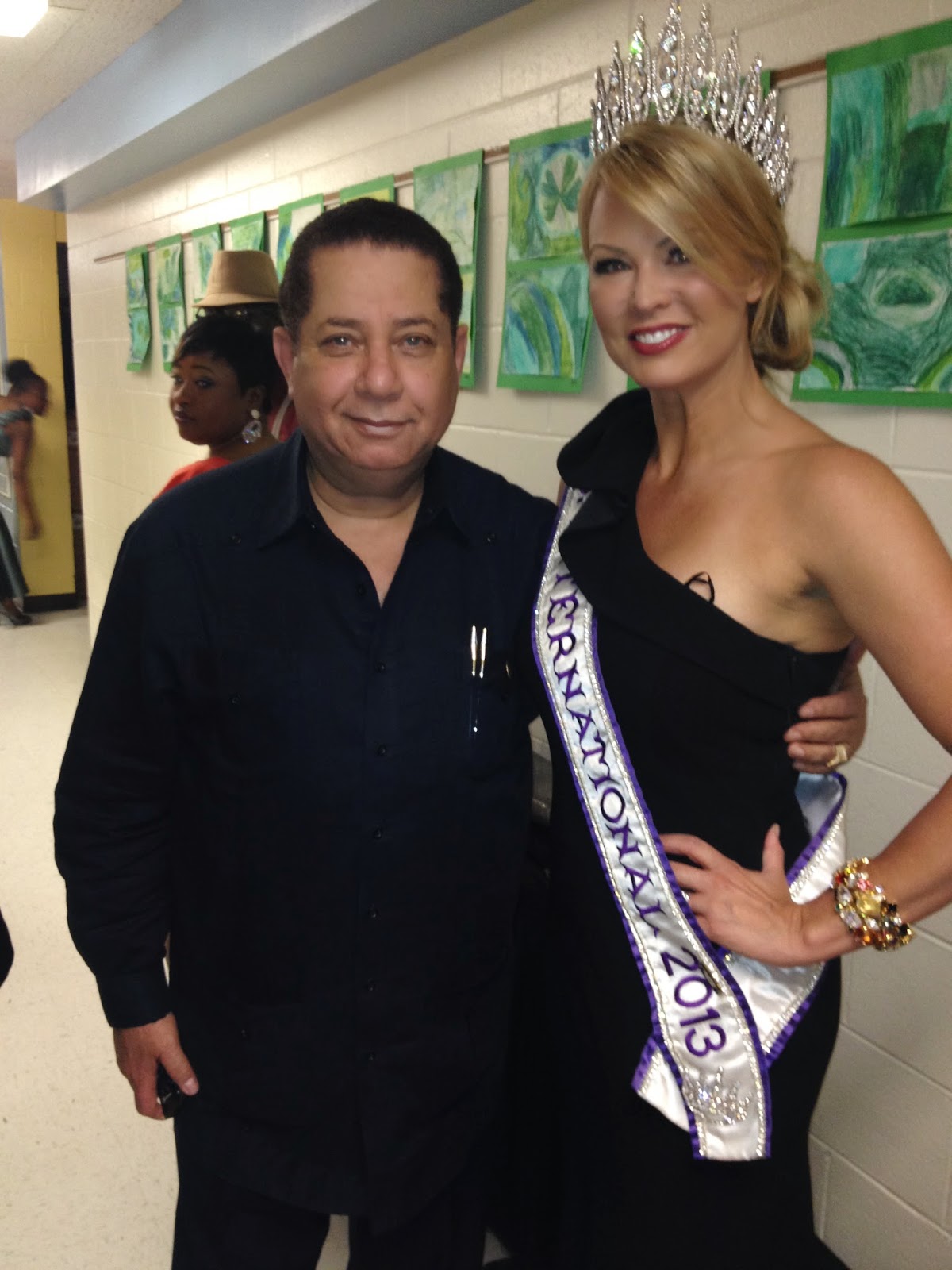 With Haiti Consul Lesly Conde. He told me he was there when I was crowned Mrs. International! 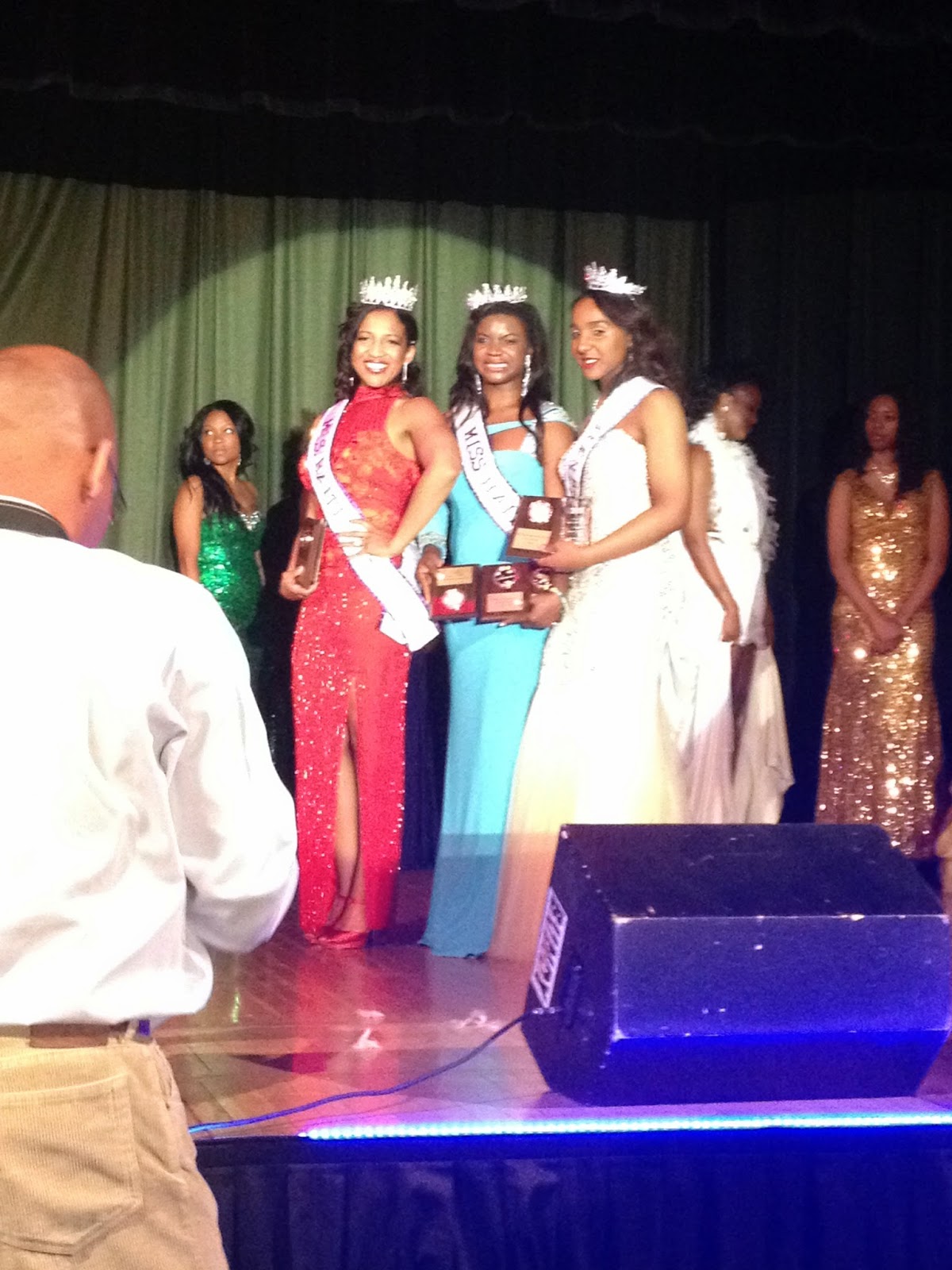 Each new queen is wonderful and each has the education in medicine to help her serve their platforms in Haiti, which they clearly demonstrated to us this weekend.