My adventure to NYC on behalf of the AHA and Go Red For Women started off with a nice surprise – First Class Upgrade! My sister queen, Elizabeth Malvasia, and I were very appreciative. (Thank you US Air.)

After arriving at the hotel, we quickly checked in and then headed to Macy’s in Herald Square to walk through the event details. Along with my script, I had received a complete “Event Guide” which had headshots of everyone who was involved with the event. It even had images of the “Employee Entrance” for Macy’s security where we had to check-in. (Thank you, Monica!) 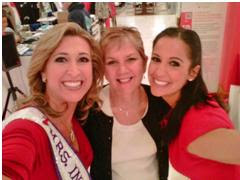 Janet Bolin, Lissa from AHA and Elizabeth Malvasia
The layout of the event included a main stage and the “Truth Wall” which was for each celebrity to sign, sharing why they ‘Go Red.’  There were also various counters set-up for the public to register to receive their own red dress pin and pick up a great red bag. 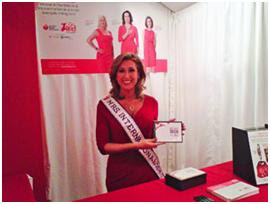 Mrs. International 2011, Janet Bolin, assisting with registration prior to the event. 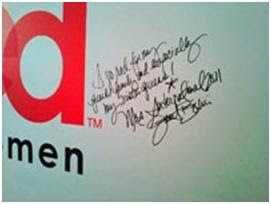 Mrs. International 2011, Janet Bolin, signed the Truth Wall sharing she will Go Red for her friends, family and especially her sister queens. 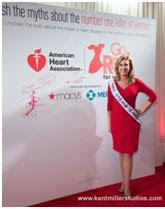 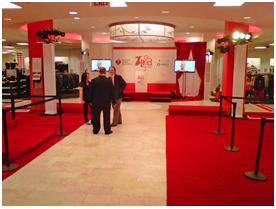 Event set-up before the public arrived 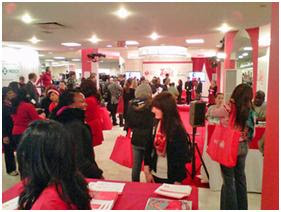 Vs. the over 1,000 people who quickly filled the 5th floor of Macy’s in Herald Square. 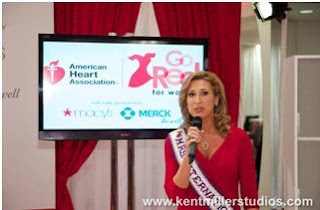 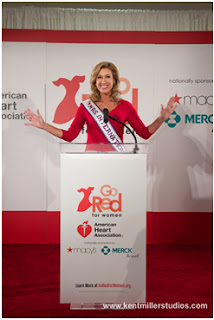 Janet Bolin welcoming all the media and attendees to the Go Red For Women Red Dress Dash
After the program, Elizabeth Banks, Star Jones, Nick Verreos and I were asked to sign the Truth Wall. 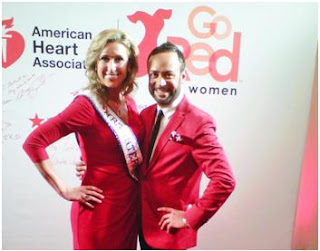 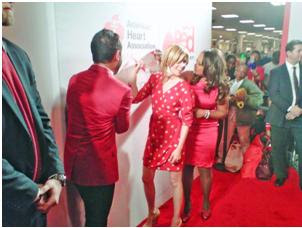 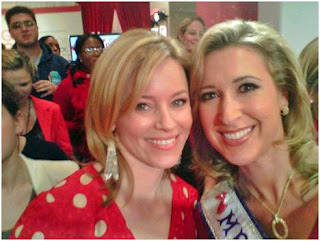 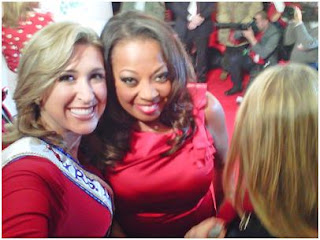 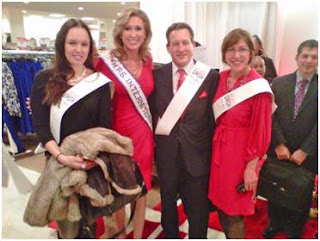 Attendees wearing Red Dress Dash sashes were supporters of the Go Red For Women Campaign from Merck and Macys.

Attendees wearing Red Boas are the ‘Go Red Women’ who are heart disease survivors and who continue to share their stories to uncover the truth about heart disease. 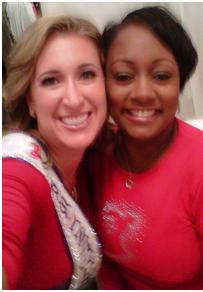 Janet Bolin and Go Red Woman, Shermaine
Thank you so much to the magical people of Macy’s and Merck for their incredible support for Go Red. And to the talented team from Go Red for inviting me to be part of it all and to head up their show by being the Emcee.  I am also very grateful for the warm welcome from Nick Verreos, Star Jones, Elizabeth Banks and the Go Red Women. 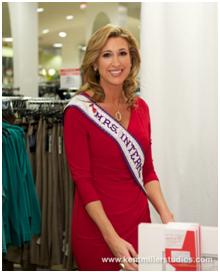 Thank you Kent Miller Studios for capturing some great photos while I was rehearsing my script.
It’s no surprise, this appearance is one of the top 5 best moments I’ve had as your Mrs. International 2011.  To all my sister queens and supporters, your efforts to also support National Wear Red Day have not gone unnoticed.  It is an honor to be amongst all of you knowing together we are making good on our promise to spread the word by telling 5 friends how they can get heart healthy and fight heart disease. 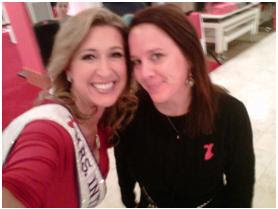