I attended the Chicago Auto Show as a guest of Ford Motor Company and the Ford Truck Division.  Ford is a great partner for The NASCAR Foundation.  Ford provided a new 2012 Ford Explorer for the winner of the Betty Jane France Humanitarian Award last December.  The winner, Robert Weaver, is a volunteer for the Alabama School for the Deaf and Blind.  Robert is best known as the Ice Cream Man as he delivers ice cream treats to the students at the school.  You might have seen the video on Robert, in which he states he feels like an employee of the school – his paychecks get delivered to his heart.


My first day at the show was day two for the media.  I had the chance to talk with a variety of media  and then later that evening was the First Look For Charity event at McCormick Place. 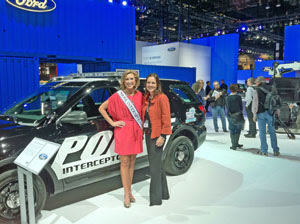 Janet with the Kim Teed, Ford Program Manager, who is responsible for the development and launch of the new 2012 line of vehicle for the law enforcement. 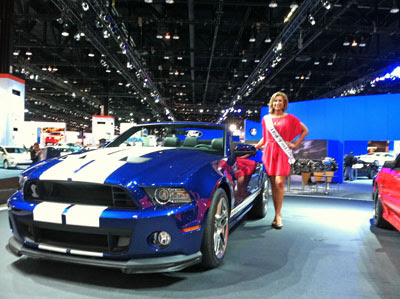 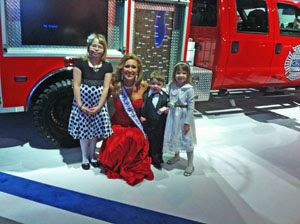 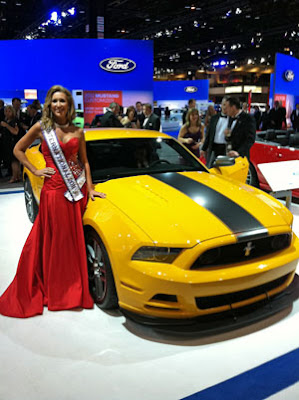 Yes Jamie Allison, I would be more than honored to have this vehicle should Ford need to donate to the “Janet needs a new car campaign.” 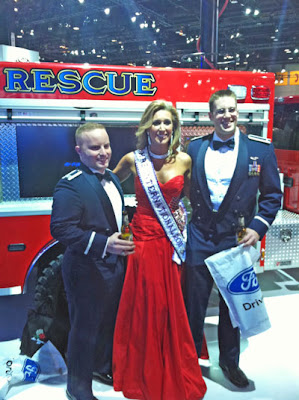 Janet with the local military heros. 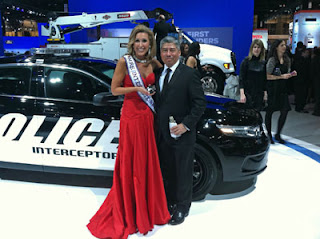 Janet with the Chicago Police Department. 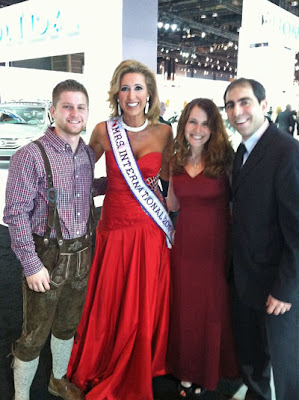 Janet with friends from the Ford Regional office and the Spaten. 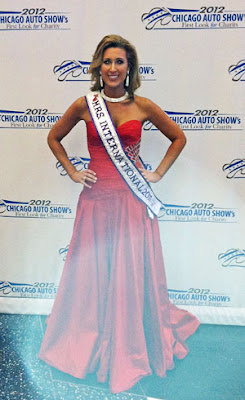 I’ll be at the ribbon cutting ceremony on Friday morning followed by an autograph session in the Ford Truck display.  With this being the largest auto show, I am hopeful I’ll have a chance to take a walk around and check out all the displays.

Thank you to Ford Motor Company and the Ford Truck Division for having me as their guest and to my friends at NewScope Marketing, Brad and Penny Snyder for handling all my logistics.

After two trips up North, I am looking forward to some warmer climates.  My next adventure takes me South for Speedweeks, leading into the 54th Daytona 500 on Sunday, February 26.  The NASCAR Foundation display will be located outside of Turn 4 starting next Thursday, so if you are coming to the race please be sure to stop by and get your limited edition 2012 NASCAR Unites arm band.
Janet Bolin
Labels: Janet Bolin Mrs. International Mrs. International 2011