The Queen’s Corner- Perception is Reality

Welcome to The Queen’s Corner. Since becoming Miss International, I have been flooded with questions. They range from how to pick a platform to French manicures vs. nude polish. Periodically I will answer these questions in a “column” I call, “The Queen’s Corner.”

One question seems to pop up over and over again. At almost every non-pageant industry event or interview someone always asks me, “Are pageants still relevant?” This question can come across abrasive or even offensive if you are not prepared for it. As queens, our reflexive response is an emphatic “Absolutely!” But, it is important to understand and acknowledge that we are privy to a word that most people only catch a brief glimpse of. That glimpse is typically reduced to a fleeting onstage question, evening gown walk or a wave from a parade float. Most people don’t see the intense platform work and preparation or the low key appearances where with a few kind words we give a little girl the confidence to stand up against bullying. So, it is a valid question.

My answer, well, I am an attorney so I don’t see things in black and white. My world is gray. For every rule there is an exception and for every exception there is another exception and so on. For those reasons, my answer is: Yes, pageantry is relevant but…

As queens, we should make more of an effort to figure out what is important to the communities that we serve and make it a part of our agendas. This shows that we realize that it’s not just about us or winning the next crown. Rather, it is about the people we represent. Whether we realize it or not, queens are like politicians. Although we are not elected, we are accountable to a constituency. Our relevancy and impact as queens will be judged on whether we were responsive and actively engaged. 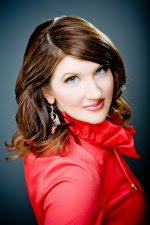 Diana Grum, Miss Alaska International, chose suicide prevention as her platform. Alaska’s suicide rate remains one of the highest in the nation. Her platform directly reflects her community’s concerns.
As queens, directors and supporters we need to do a better job of exemplifying our commitment to our platforms by being active and visible in our communities and taking the commitments that we make to others seriously. I’ve been to a number of appearances with other queens in which we were supposed to be volunteers. However, instead of all of us rolling up our sleeves, the better part of the time was spent taking pictures for Facebook. There is a time for work and a time for play. This behavior leaves a bad taste in the mouth of the organization that you are working with and reaffirms a common stereotype that pageant queens are all fluff and no substance. We can’t be upset when people question our relevancy due to our own actions.

As a queen, don’t allow yourself to be typecast. Don’t be afraid to let people know that you are equally smart as you are pretty. Misconceptions persist because we don’t take that extra step to make a connection with the people we meet. It can be intimidating to talk to a stranger, but by sharing a little about ourselves, our backgrounds and our passions we can break down the invisible barrier that the crown and sash often creates between us and others. While a crown is an important way to get your foot in the door and grab attention, it is just rhinestones and metal.

Your heart will attract more people than the prettiest crown. For example, people are excited to learn that I am an attorney, that I’m clumsy as all get out and that I love peanut butter. Not because these facts are particularly impressive but, because they show that I have a life outside of my crown and sash and that I am a real person. I’m not saying walk up to people and tell them all your business :) But, don’t concentrate so hard on staying on message that you allow your interview prep to prevent you from making a genuine connection. 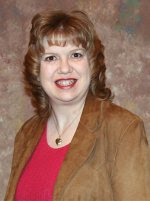 Mrs. New Mexico International, Donna Millar, personified the spirit of pageantry. By sharing her story, she made a connection and lasting impression on everyone she met. I can only imagine the impact she has at her appearances.
I am proud to represent a system that values substance as much as beauty. Pageantry is relevant, but it is up to us to further establish, maintain and expand that relevance.