There’s no place like home! I have lived in the “big city” of Minneapolis for 28 years, but spent the first 18 years of my life in the little Swedish community of Scandia, Minnesota. When I was a girl, I thought the whole world revolved around the two stop signs, Elim Lutheran Church, the corner store, play ground, ice rink next to the Elementary School, and the 50 acres with a pond I called home with my Mom, Dad, and five older siblings.

After all these years, I still giggle at the idea that this Scandinavian community with Swedish Dalecarlian horses scattered throughout the city named its annual celebration “Taco Daze!” One would think Lutefisk or Lefse would be the edible highlight, but I guess those of Scandinavian decent are satisfied with the Swedish Meatball Race that occurs on the hill from the church to Meister’s, the home of the famous Meister burger. 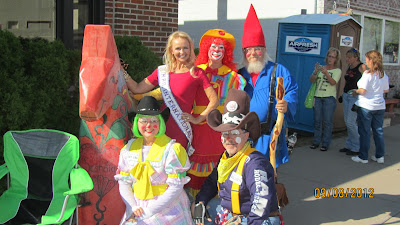 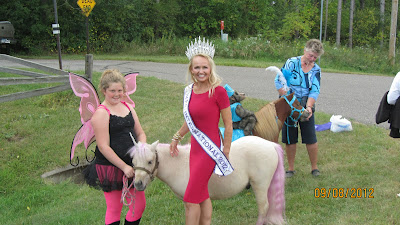 With the Unicorn & Fairy 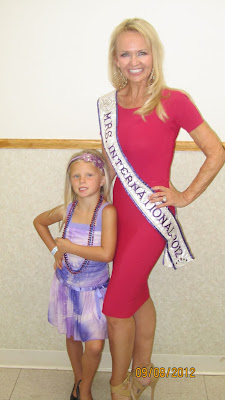 With a future International queen

Before the parade began, I had a chance to visit with some family and long time friends, which was such a treat! Most importantly, I was introduced to a very special young lady by the name of Madison Travers. Maddie was the Grand Marshal of the Taco Daze Parade, and she is a fighter! Maddie was diagnosed with Leukemia in December and a benefit has been planned for her on October 27, 2012 at the Forest Lake, Minnesota VFW. I was thrilled to capture a photo with Maddie in front of her float. 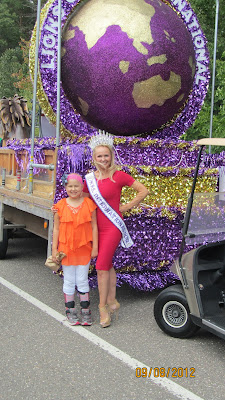 With Maddie Travers
I would like to thank the Scandia City Council and Lions Club for welcoming me to participate in the parade. Also my driver, and the owner of a classic 1967 Bonneville Convertible, Malcolm Terry for graciously spending his Saturday with Joe, me, and the many residents who turned out to celebrate the town I will always call home! 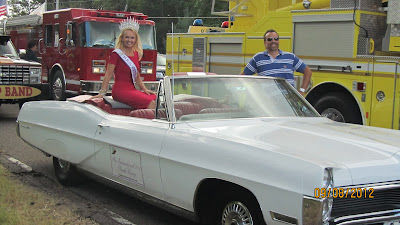