During this month of November, the Child Welfare Information website asks that we spread awareness about the adoption of children and youth from foster care. In law school I took a class about Children & the Law, and a lot of what I learned was about children in foster care. While I am by no means an expert after one semester, I wanted to shed some light on the positives of adoption! I asked Lindsay to share her story of being adopted. Lindsay wasn’t adopted from a foster home – she has been with her “real” family since day 1! Lindsay has been dating my younger brother for almost 4 years & is like part of our family! Here is what she had to say about being adopted!

“My name is Lindsay, and I was adopted at birth to the most wonderful, loving parents I could have ever wished for! My birth mother was very young when she and her boyfriend had me, and she made a very mature decision to give me up for adoption. She knew she couldn't afford a child, and she couldn't give me the life I deserved with a stable family. A friend of my birth mother went around calling friends and family members trying to find anyone who was looking to adopt a baby girl. At the time, my adopted parents were not looking to adopt. They had two older sons, and they had made the decision not to have any more children because they did not want any more boys. The lady who was looking for someone to adopt me was really good friends with my adoptive dad's brother and asked if he was looking for a baby girl to adopt. He said they were still going to try one more time to have a girl and gave her my adoptive father's number to see if he would be interested. My adoptive dad, Clay, had never thought of adopting a child but he and my adoptive mother, Belinda, quickly decided they wanted to adopt me.

They filled out all the required paperwork and met with multiple people for interviews to see if they were capable of adopting. After they were approved to adopt me they quickly started getting the house ready for a new addition to their family. The day I was born they took me home, and ever since I have been their little girl! Because I know what kind of an impact an adoption made on me, I plan to have two children of my own and adopt the third child. I want to adopt a child from a mother who accidentally got pregnant and is trying her hardest to make things right by having her child adopted to a more mature family who want a baby in their life. One thing I would want to do different than my birth mother is I would like an open relationship with my adopted child and their birth mother.

I know, without a doubt, that I was put on this earth to be adopted by my family. To me I feel like I have one mother and one father and a guardian angel who had me so she could put me in their family. I have been pushed in so many positive directions and accomplished so many things that, most likely, would have never happened if I wouldn't have been adopted.”

I just love her story! Her are some pictures of Lindsay with her family. 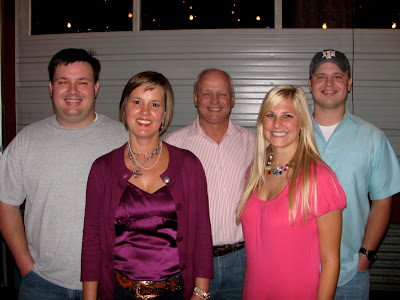 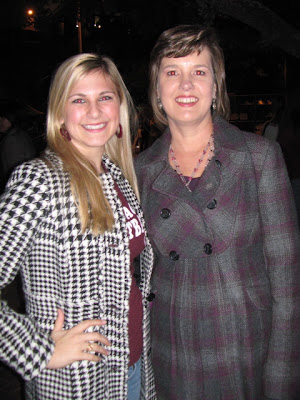