A day of V.I.P. fun with the Redskins and my little friends from Recess by the River 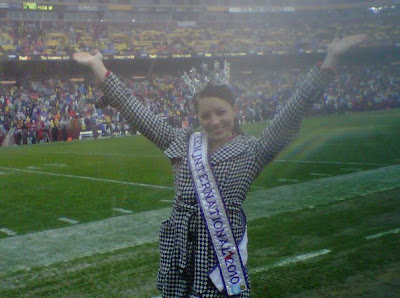 About a week ago, the top twenty young participants from Recess By The River (as determined by officials from the DC Department of Recreation) were invited to attend a Washington Redskins football game as special guests of the Redskins and GlaxoSmithKline. 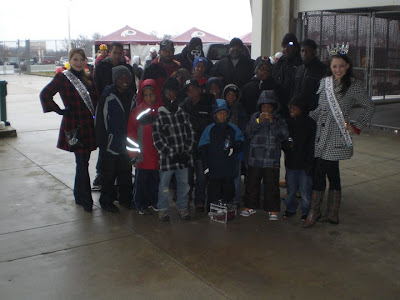 I attended the event as a chaperone (along with Mrs. Northeast International, Deanna Linz, and three chaperones from DC Dept of Rec). When we arrived, we were greeted by representatives from the Redskins and GlaxoSmithKline and invited to a private tailgate tent in the “Fan Zone” where GlaxoSmithKline had a buffet full of spiced shrimp, juicy barbecue, potato salad, warm rolls, steamed vegetables, caesar salad, grilled chicken, and gourmet brownies and cookies waiting for us. Our private tent was also all set with tables, chairs, and a heater, which was DEFINITELY appreciated by all on the cold, rainy day! After we had all had our fill of tailgate food and fun, we were led into the stadium and up an escalator to the club level, where our group occupied an entire row of seats. 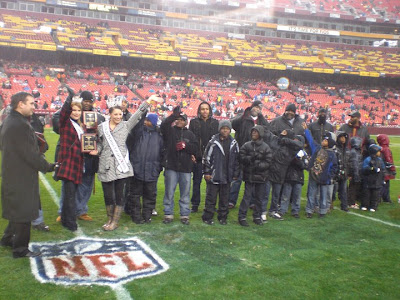 At half time, we were invited as VIPs from our club level seats, complimentary of the Washington Redskins, down to the field for an awards presentation. Mrs. Northeast International and I accepted a Community Partnership Award on behalf of the American Heart Association and the Alliance for a Healthier Generation from the Redskins and GlaxoSmithKline for all of the work behind, as well as the successful production of, Recess By The River. 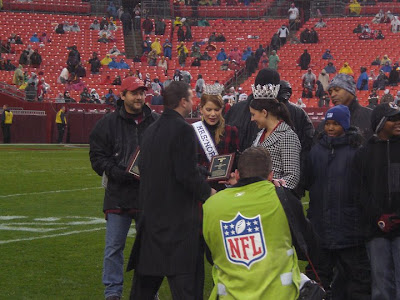 Though the award was given to the American Heart Association and the Alliance for a Healthier Generation as a whole, it really means a lot to me personally because, having fundraised to sponsor the most recent Recess By The River event, as well as having volunteered at every Recess By The River since the very first one, the award not only proves to me that my hard work paid off, but it also reminds me that everyone can have an impact on something bigger than themselves, which I believe is the most important concept that a titleholder can understand. 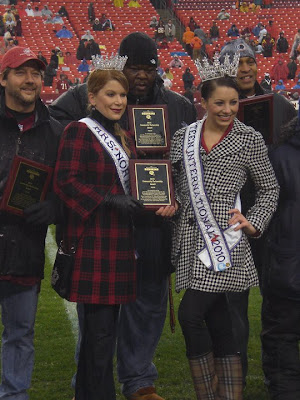 It’s so easy to get caught up in big, sparkly crowns, glitzy jewelry, V.I.P. treatment, expensive gowns, lavish prize packages, and fierce competition that many women lose sight of the bigger picture.

Though pageantry does facilitate great personal growth and can open many doors of opportunity, the point of having a crown and a sash, especially an International crown and sash, is not the potential personal gains, but rather the potential societal gains that they provide. As titleholders, we have a voice where so many do not, and we have the ability to use that voice to create  great changes in our communities, our states, our regions, our countries, and even world-wide! 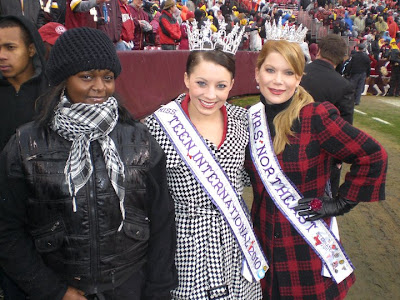 The best part is, by each choosing a platform that appeals to us on a personal level, we are driven by our own personal passions to heavily pursue those large-scale changes and benefits.

I am so grateful to have experiences like this one to keep my feet planted firmly on the soil and to serve as constant reminders to me of the true meaning of the title “Miss Teen International”.