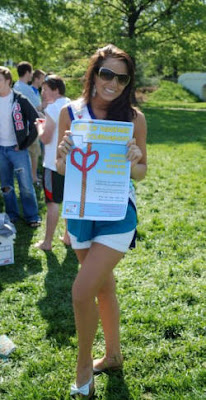 Earlier this year, it was my privilege to hold some fundraisers to underwrite my support for the American Heart Association’s Alliance for a Healthier Generation and our mission to reduce the nationwide prevalence of childhood obesity by 2015. We are working to empower kids nationwide to make healthy lifestyle choices.

For the April event I was joined by the Beta Theta Pi fraternity on the campus of my school, the University of Maryland, College Park, for the ‘Tug of Warfare Tournament’ fundraiser. That event drew student teams from fraternities, sororities and other student groups to come together in fun for a good cause – and a great time was had by all! 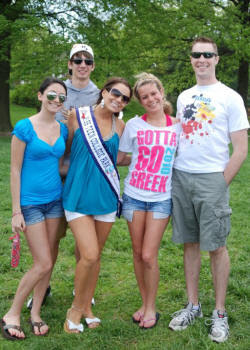 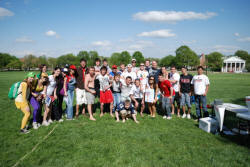 In June I hosted my second annual dinner and silent auction to support the American Heart Association’s Alliance for a Healthier Generation. Thanks to the generosity of local restaurants and businesses and the kind people who attended, it was as successful as it was fun! 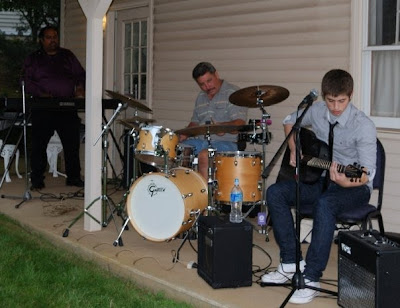 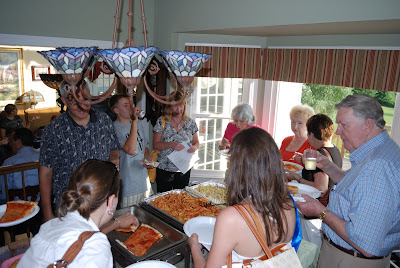 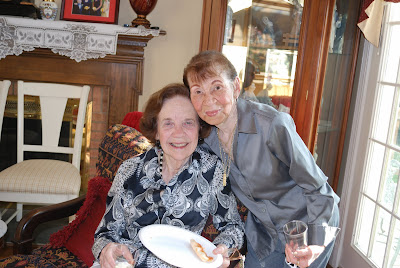 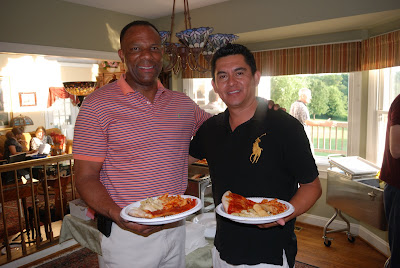 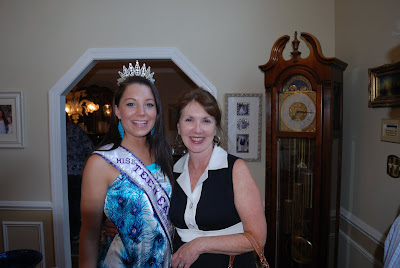 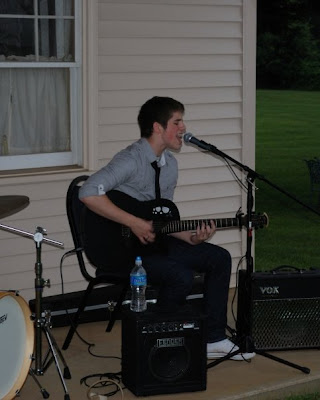 Last week, I had the opportunity to be a part of the fruit of those fundraisers: the proceeds of both of these events went to fund last week’s “Recess by the River” at which Washington Redskins Quarterback Donovan McNabb (the Redskin’s 2010 Health Ambassador) and I and others welcomed hundreds of Washington DC school children. 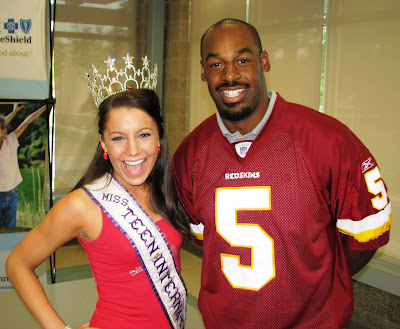 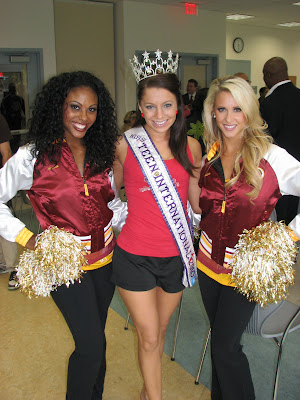 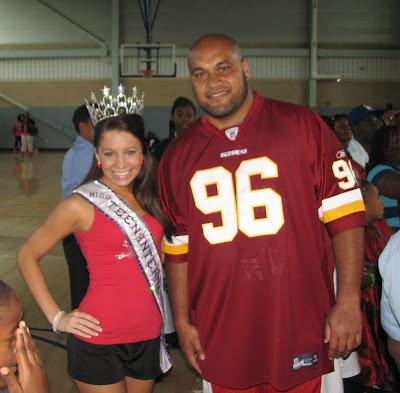 It was a wonderful time held at Northeast Washington DC’s Deanwood Recreation Center (great hospitality and a beautiful facility!) in which the children learned lessons about nutrition, exercise and healthy habits while having lots of fun and excitement. Due to Washington DC having one of the highest child obesity ratings, an event like Recess by the River can play an important part in giving kids a second chance at a long healthy life. 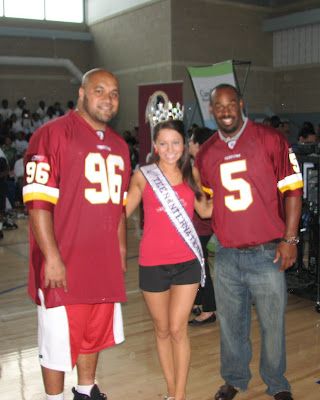 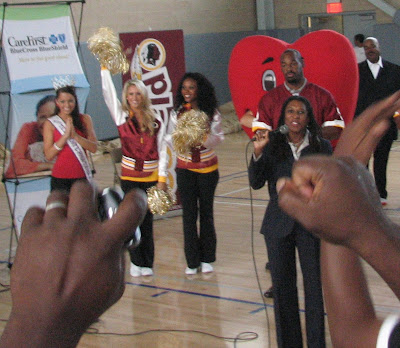 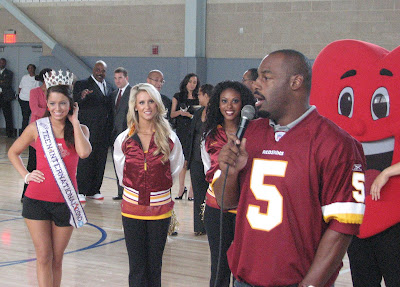 This was the third Recess by the River event, and I am proud to have been in at the ground floor and attended all of them. 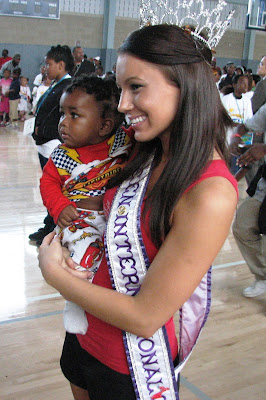 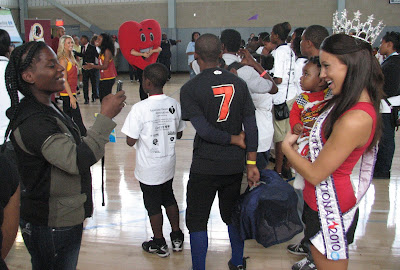 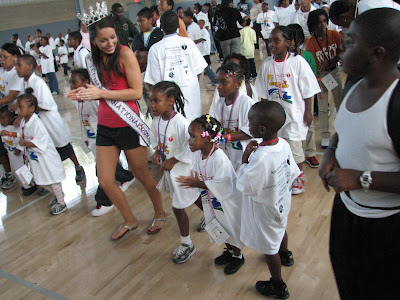 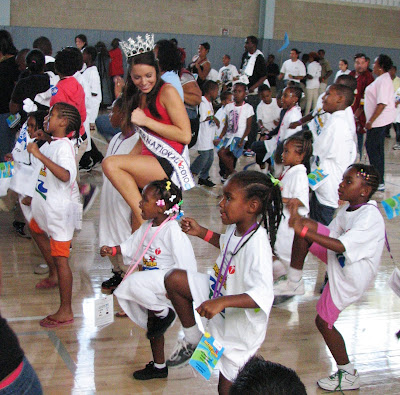 It is wonderful to see such a beneficial program grow so quickly and successfully. I am grateful to the American Heart Association, the Alliance for a Healthier Generation and most definitely the International pageant system for the opportunity this and other events have afforded me as I grow in my ability to provide support, leadership and service to youth. 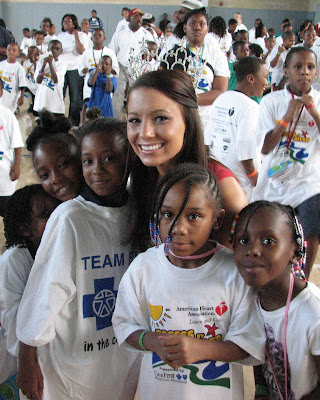 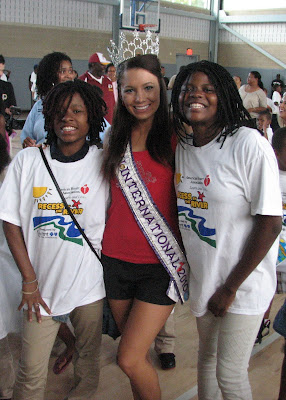 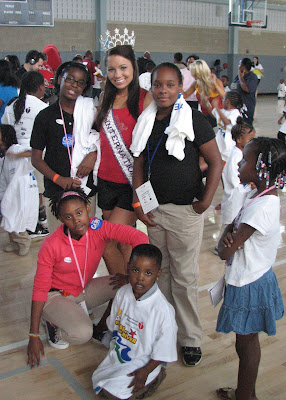 Please keep watching my blogs – I’ve got a lot more good news and cheerful service to share with you!