I’m trying to be more involved in my new community, & one of the volunteer opportunities I came across was with the Capital Area Food Bank. For my first time helping out, Mom was in town so she came along with me! We didn’t know what to expect – she thought we would be serving meals & I thought we would be packing food – but we went along anyway, & we were both wrong.

We were assigned to a location in Maryland, & when we arrived there was already a line formed of people waiting to get their food! We had a sort of assembly line going – goodie bag, onions (our station!), apples, & potatoes. All the food was donated or gotten through local food drives. It was a GREAT experience. Very eye opening for both of us!

One of the other girls at the “onion station” with me was studying food systems in school & was talking about the lack of nutritional value in the “goodie bag” that was given out. The food that was in the goodie bags was from the food drives, & it turned out that people gave a lot of food that had no real nutritional value. It was something that I had never really thought about, but I found it very interesting. It’s GREAT to give food, but remember to give food that is good for you & filling 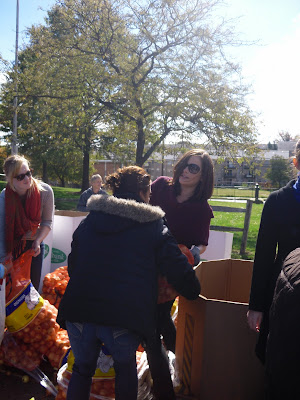 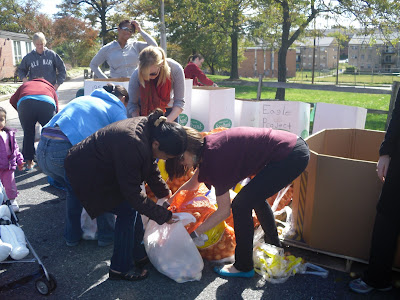 Mom & I really impressed the Food Bank crew with our ability to lift the 50 lb onion bags! So much so that we did an interview for their website encouraging other people to volunteer their time with the Food Bank. I’ll link to the video as soon as it’s up! 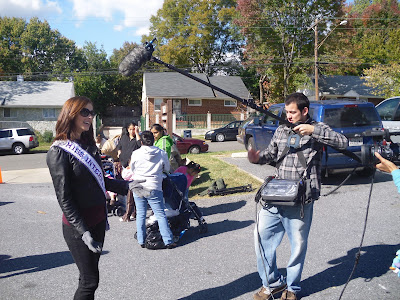 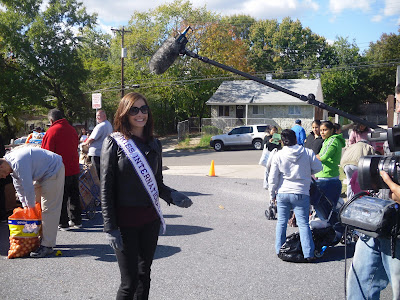 ﻿Volunteering really could not have been easier! We just registered online, clicked on a day, time & place that we wanted to volunteer, and showed up! They provided gloves so our hands didn’t stink from the onions (& because it was rather cold) & showed us exactly what to do. The people receiving the food were so gracious & kind – mom even made a friend who shared a recipe for an apple dessert – yum!
Ashley Smith
Labels: Ashley Smith Miss International Miss International 2010