2012 is finally here! It seems as though 2011 was just a quick glance in the rearview mirror! Although it seemed to speed by, many memories were made and goals were accomplished in 2011. As a celebration for the new year, my family threw a celebration! 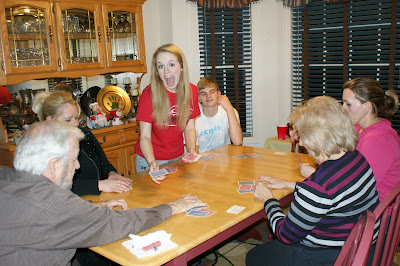 Acting crazy as I deal out cards!
The very last day of 2011 was such a blast! My grandmother, mother, and I made all kinds of delicious food! We snacked all day on their homemade dips! We played Password and a card game called Rotten until the ball dropped at midnight!
My little brother and sister even had friends stay over! 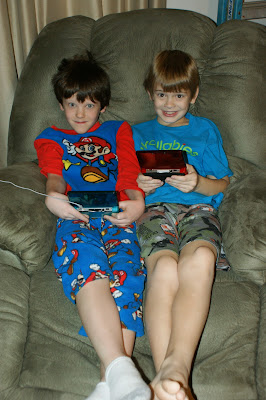 My little brother, Daxx, and his friend were glued to their Nintendo’s, while my little sister, Jaecee Rae, and her friend were playing dress-up and putting makeup on each other. 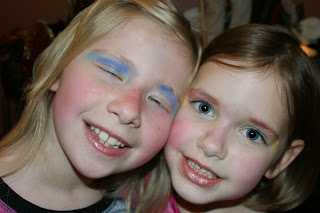