So Now What? My life since I was crowned Miss International

So now what?  This question loomed over my head from the moment that I was crowned.  Everyone said that it would be a whirlwind and it has been! 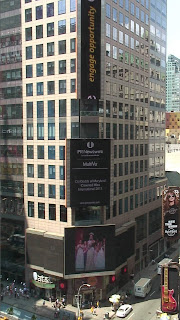 How exciting! Not even in my wildest dreams would I have ever imagined seeing photos of myself broadcast in Times Square! This is definitely something that I will share with my grandchildren.
The morning after I was crowned I had an interview with Sherrie Gearheart, Editor in Chief of  Tiara Magazine.  We spoke at length about my platform, the International System and of course, what it felt like to be the new Miss International but, we also discussed the role that pageantry plays in self development and personal growth.  Tiara Magazine does a fantastic job of focusing not only on the glitz and glam of pageantry, but also on the hard work that goes into being a titleholder. 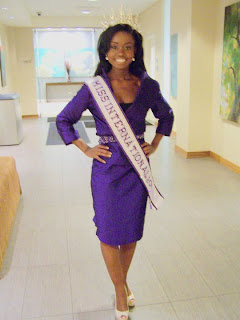 A quick photo after my interview with Tiara Magazine.
Once I returned to Maryland, I realized that my work had only just begun! I contacted First Book and Reach Out and Read and they were thrilled to learn that they had a national titleholder on their hands.  We have since begun planning appearances and ways that I can increase my involvement with both organizations.   I even scheduled my first visit to the North Carolina Children’s Hospital!
Next, I had an interview with WEAA, 88.9fm, the largest public radio station in Maryland.   It was my first radio interview ever and I was a bit nervous.  Although I conducted numerous radio and television interviews while I was in college, it was different being on the opposite side of the microphone.
Then I had the privilege of launching Maryland Fashion Week!  I was interviewed by MDFashionWeeek.com TV.  Pageantry and fashion go hand in hand, so I had a fabulous time! 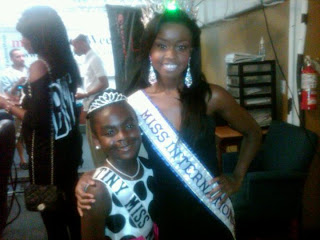 Finally, it was time to kick back a bit.  My state director, DeShawn Shepard, organized a reception for me at Ranazul’s Tapas Bistro!  We were given the red carpet treatment!  The manager even let me pick the music that was played throughout the restaurant.  Ranazul is now one of my favorite restaurants :)
My break was only brief, as I geared up to walk in the Maryland Fashion Week Finale!  There is nothing more intimidating than a long white runway and all eyes on you.  But, it was a ton of fun!  It was my first time walking in a fashion show and what an experience! 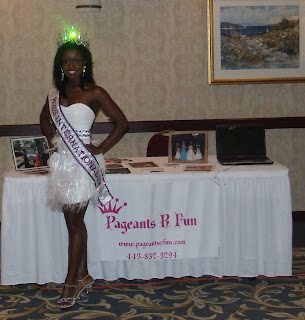