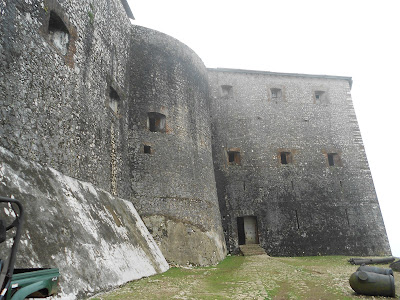 While in Cap-Hatien, I visited an amazing historic landmark called the Citadelle.  The Citadelle was built between 1805 and 1820 by Henri Christopher to keep the island safe from invasions.  It is currently the largest fortress in the Americas.  Impressive is the only word that I can think of to adequately describe the Citadelle.  It sits atop the 3,000 ft Bonnet a L’Eveque mountain.   It is filled with over 300 cannons and stock piles of cannon balls.  It’s architectural design was beyond its time and emulated by kings and leaders of other nations.   Check it out! 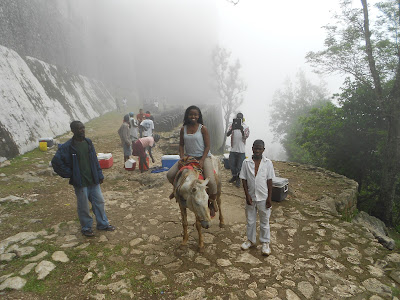 The only way to get to the Citadelle is by foot or to ride a horse up the side of the mountain! 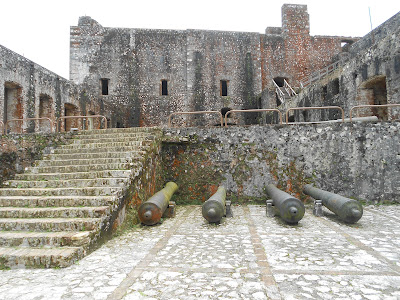 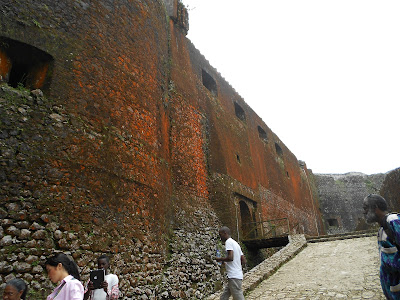 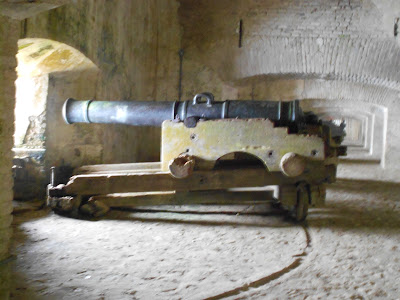 There were canons from France, Spain and England.  I’ve never seen a canon close up, they were huge!! 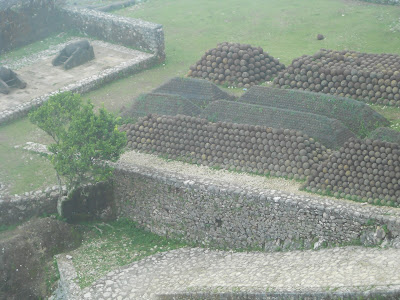