Before I participated in the National Pageant, I remember feeling very intimidated by the southern girls.  I knew that pageants were more popular and prevalent in the southern states and that many of those ladies were experienced.  I recently learned that this notation is TRUE!

Several weeks ago I was granted the privilege of judging the Mrs, Miss and Teen Arkansas pageant.  This pageant is directed by Mrs. Burnee Thurow, a true icon in the International pageant family.  She put together a lovely collection of contestants many of whom have returned for multiple years of competition because they enjoyed the experience so much.  There seems to be a great deal of community support for this event and I could tell that Miss Burnee had built an impressive network of appearance and volunteer opportunities for her winners.

As many people will attest the role of judge is not easy.  Not only is a judge required to do their homework but they also need to avoid “comparing notes”.  We ladies love to discuss our opinions but judges are prohibited from doing so. 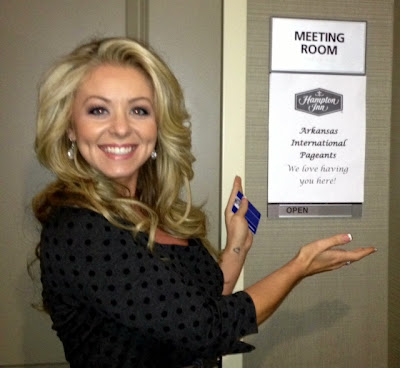 Our first chance to see the contestant was during interviews and I was very impressed. All the ladies were primped and polished to perfection.  Not only did they look like winners, their southern charm and manners made me love each one of them.  Although many of the ladies were amazing, I was especially impressed by the teens who were actively involved in their communities.  Learning the benefits of service at an early age is wonderful and often overlooked by busy teens who are balancing school, extra circulars and just trying to find their way.  Most of them were far more focused than I was at 15. 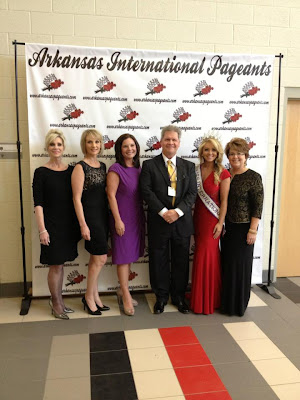 As the final competition began, I’m sure I felt as much pressure as the contestant, because I have literally been in their shoes and I understand the pressure. The venue was very nice and production quality was very high.  The judges were intensely focused on trying to give each contestant our full attention.  Between segments, the current titleholders gave their farewell speeches.  This break in competition allows the judges a minute to relax, but I found myself completely absorbed as I listened to the emotional journeys of each graceful queen.  Kola Brown’s heartfelt words left me misty and wishing I had put on the waterproof mascara.

As the crowning moment was announced I became so excited, as I was not quite sure who would be the next Mrs, Miss or Teen AR.   As the queen’s court was called I watched as each contestant responded with pose and grace.  Then the newly crowned queens took their places as the 2013 titleholders.  Congratulations to all of you! 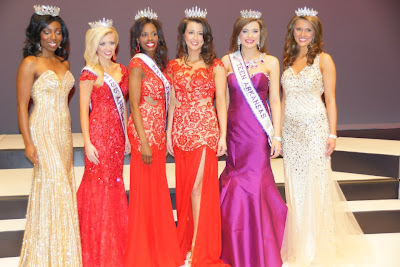 In between our judging duties, Miss Burnee’s husband Rick acted as host, chauffer and Judge’s coach.  He provided excellent care and attention as he shuttled us for lunch, dinner and various activities.  He is an absolute charmer and introduced me to several southern dishes; Cajun chicken and dumplings, and Crawfish bisque.  I would happily return to Little Rock for the hospitality and the food!