September was National Suicide Awareness month. As a suicide attempt survivor and suicide prevention advocate this month is very important to me. I made it a goal of mine to attend as many events as possible for American Foundation for Suicide Prevention, The Peyton Heart Project and other suicide prevention organizations.

Here is what I was up to this past September!

I started my September walk tour in Bismarck, North Dakota. While I was there I had the opportunity to be a speak at the opening ceremony. Being a keynote speaker had always been a goal of mine since attending my first Out of the Darkness walk in 2016. I remember being in awe of the woman who spoke and being inspired by her courage. So it was an absolute honor to have been given the opportunity to speak in front of a community that has experienced similar pain in their pasts but still has so much hope for the future. 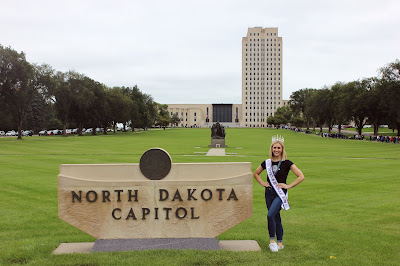 My next stop was an interview on North Dakota Today talking about National Suicide Prevention Month and World Suicide Prevention Day. Host, Chris Berg, and I discussed my story as a suicide attempt survivor, my job as an ambassador for the Peyton Heart Project and what communities can do to help raise awareness for suicide prevention. 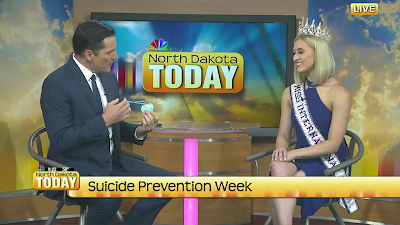 I had quite a drive to Mandan, North Dakota to speak at the DJW Life Project Annual Social. While I was there I listened to other suicide prevention advocates share their stories and explain what they do to help raise awareness. It was incredible to hear what other individuals are doing to raise awareness and provide resources for an epidemic that affects so many not only in the state of North Dakota but millions worldwide. 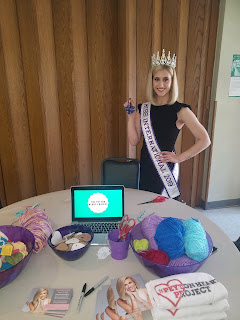 Out of the Darkness Walk #2 was in Fargo, North Dakota. This is one of North Dakota’s largest walks with the highest number in attendance and funds raised. This is the walk that affects me most. Looking out at the arena of people, knowing that they have all been affected by suicide in some way is painful to see. However, it is beautiful seeing so many people turning their pain into a way to raise awareness and spread hope to others. 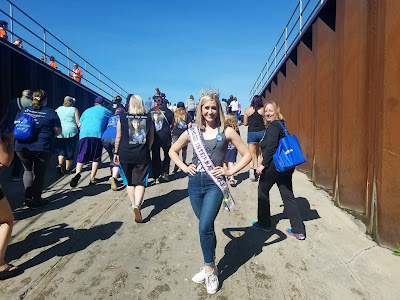 Walk #3 was in my sister state of South Dakota. The Sioux Falls walk is up there in being one of my favorites of all time. It was held at Terrace Park and the memorial gardens. There was a beautiful lake and gorgeous gardens, it was the perfect place to hold an Out of the Darkness Walk.

Of course, while I was in South Dakota I had to visit some of my International Pageant sisters. 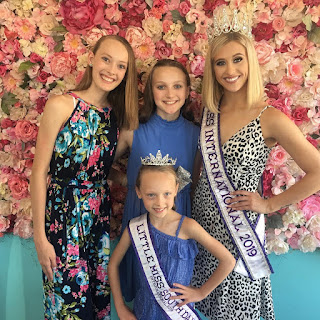 Once I was back in North Dakota I had an appearance at Saint Benedict’s Church where I spoke to their youth group. I shared my Hearts for Hope presentation and shared my story with the group. We discussed ways to raise awareness, where to find resources and how to become involved in the fight to reduce the suicide rates not just in North Dakota but nationally and internationally.

After my hearts for Hope presentation we then discussed The Peyton Heart Project and made hearts. All of the students were eager to make their own hearts to take home and scatter in their community. Many of the students made multiple hearts and asked to take home supplies so that they could make more! 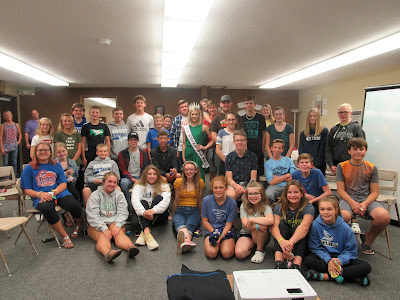 To end my September, I visited all of the students in Garrison, North Dakota. In the morning I spoke to grades k-6 about anti-bulling and The Peyton Heart Project. We discussed ways we can spread kindness and how kindness can really make a difference in someone’s life. They were all very excited when I said that they all got to take Peyton Heart Project Hearts and autograph cards home with them. They were even more excited when I joined them for lunch and allowed them to try on my crown.

In the afternoon I went over to the high school where I presented my primary Heart for Hope presentation and hosted a heart making event. All of the students were so respectful and receptive to the information being discussed. Suicide is an incredibly difficult and complex topic to discuss but opening up the discussion, especially in high schools, is so necessary. Educating on warning signs and providing resources is so important. That is why I love The Peyton Heart Project so much, it is a way to open the conversation and raise awareness with multiple ages groups and provide a tangible object representing hope.

Overall September was a crazy busy month but it was a wonderful. Although Suicide Prevention Month is over, I will still work to raise awareness, provide resources and spread hope.

Have courage and always be kind.