On February 4th, I eagerly boarded a plane en route to New York City for New York Fashion Week. I was looking forward to adventuring the city, getting to know my sister queens and all of the wonderful events that we would be attending throughout the week.

Shortly after I landed at LaGuardia I met Miss Teen International, Madeline, at the hotel we were staying at. We decided to spend the afternoon exploring Times Square. We particularly enjoyed seeking out the screen where our photos appeared after we were crowned the International titleholders. It was incredible standing in the exact same spot I was six months’ earlier days after I was crowned Miss International. We each took a moment to reflect on the last six months and how much our lives have changed since being crowned. 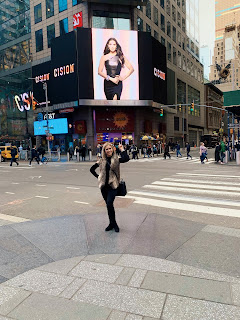 After taking some time in Times Square we headed back to the hotel to meet Mrs. International, Robin, for dinner. We were all exhausted from our long travel day. Despite our fatigue, we spent the evening catching up, talking about our year so far and how exited we were for the busy week ahead.

The next day was a busy one. We got up early to meet with an American Heart Association representative to talk about the evening’s show. She was so kind to meet with us and join us for so much needed coffee.

After our meeting, we decided to walk to the Empire State Building. I just couldn’t believe that one of the world’s most iconic buildings was just right down the street from where we were staying. The tour we took brought us all the way up to the 86th floor. We opted for the lower level of the tour so that we could go out to the observation deck. Although it was exceptionally cold (and that’s coming from a North Dakota girl who less than 24 hours ago was in subzero temperatures) I couldn’t help but be in awe of the views.

You could see the entire city. Cars that looked to be the size of ants, buildings as far as the eye could see and even the Statue of Liberty standing tall out in the distance. The view was utterly breathtaking. 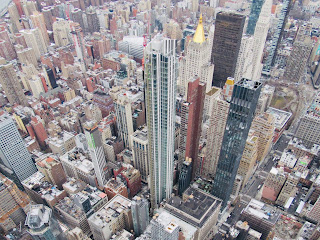 Now it was time for the main event of the trip. The Red Dress Collection Fashion Show for Go Red for Women! When we arrived we were greeted by one of the representatives. While we were being given instructions for the evening I heard a very familiar voice sing a very familiar line. “Let’s go girls.”

I could not believe my ears. Shania Twain was in the house. I quickly rushed over to the curtain and there she was, ten feet away rehearsing her set for the show. I knew then that this was going to be an evening that I would never forget. She was only one of the many well know celebrities there that night.

We spent most of the evening at the step and repeat taking photos and greeting the guest as they arrived. It was fun having the opportunity to interact with the public and and getting to know the survivors who were being celebrated during the show.

One we took out seats in the VIP section the real fun started. One after the other idols of mine took the stage. Starting with Meghan Trainor. Yes, THE Meghan Trainor. She opened the show with a few of her hit singles and then all of the celebrities started waling out. One after the other big names started to hit the stage. Tamron Hall, Paris and Nicky Hilton, Madeline Stuart, Darlene Love and so many more.

Then it was time for Shania to hit the stage and finish the show. She sang a four song set that completely stole the whole show. Madeline, Robin and I could help but to dance and sing along. (sorry for those of you that were listening to our off key singing in the live videos.) 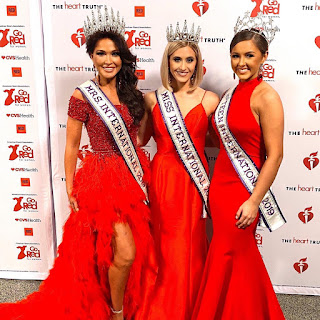 On Thursday we had a day to ourselves to shop and enjoy the city. We started off with a lavish breakfast at SarahBeth’s and made a plan for the day. We decided to start of by hitting some of the iconic shops on 5th Ave starting off with Tiffany’s. For someone like me who is obsessed with all things Audrey Hepburn, I was ecstatic to visit the legendary store. We spent hours looking around and I eventually found a treasure of my own to take home.

Madeline and I then decided to go visit the 9/11 memorial later in the evening. It was somber but I am so glad that we made time to see it. The memorial itself is humbling but a groundskeeper told us that they turn the main lights of the memorial off when it is foggy and leave on the outlining lights. They do this so that it creates a shadow in the sky. When I looked up I saw what looked to be an outline of the building. It was like a ghost of the original towers still standing there. It was absolutely unbelievable. 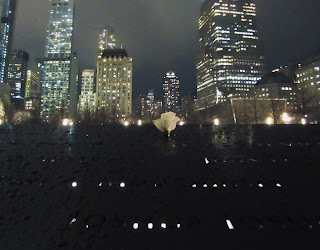 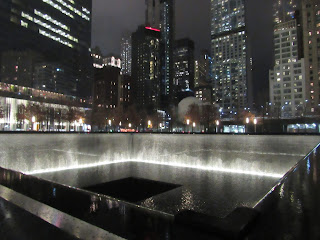 Friday we started of the day by exploring Grand Central Station. Wow, it certainly lived up to the word Grand. The whole building is full of restaurants, shops and extraordinary architecture. While we were there we agreed that we wanted to see some more of New York’s treasure and decided to head over to the Solomon R. Guggenheim Museum. Unfortunately, the museum was under renovation but it was still full of historical and beautiful works of art. 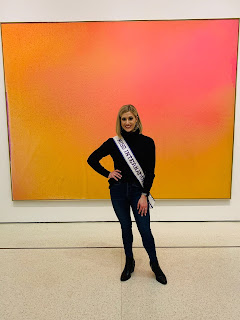 Later in the evening, we had an appearance at the Joel E. Smilow Boys and Girls Club. This was my favorite part of the whole trip. We had the opportunity to share our platforms with the kids, play games, tour the club and even attend their dance recital fundraiser that they were hosting. The kids were phenomenal and I had so much fun spending the evening with them! 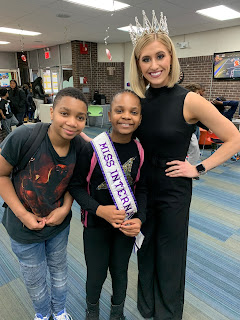 Our last day in the city was definitely a fun one for this northern girl. We attended a New Jersey Devil’s hockey game at the Prudential Center. I had been looking forward to this game for so long! We were treated to a VIP experience with complimentary food, marvelous seats, exclusive lounges and even an opportunity to greet the team! We were truly treated like royalty.

All in all, my time in New York City was a time I will never forget. There are many experiences throughout my year as Miss International that are my favorites and moments that I will forever cherish and this trip is certainly at the top of that list.

New York forever has a place in my heart.

Have courage and always be kind.