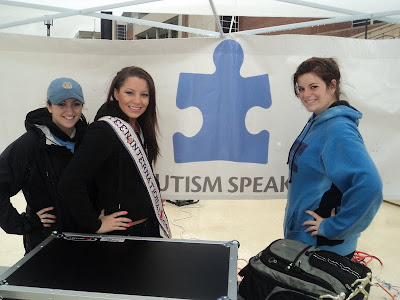 My sorority, Sigma Kappa, co-hosted the Autism Speaks Walk at the University of Maryland with Alpha Phi Sorority and Sigma Phi Epsilon Fraternity. My sorority alone raised in excess of $2,000 and all tolled, the event raised $20,000 for Autism research. Even though there was a threat of rain and eventually it did rain, we had a fantastic turnout! 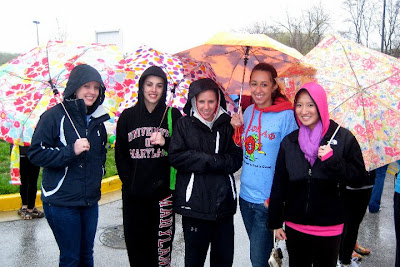 In fact, this year, dollars raised and participants registered broke previous records! The Fear the Turtle 5K Run/3K Walk had 454 participants who raised a total of $23,374 and I am proud to say that donations are still coming in!
Johnny Holliday emceed the event and Maryland Basketball Coach Gary Williams served as the Grand Marshall, delivering an inspiring speech early in the morning before the race began! Congratulations to the top Male and Female Winners: Brian Tefft and Lauren Kestner! Here is the entire list of finishing times for the racers. 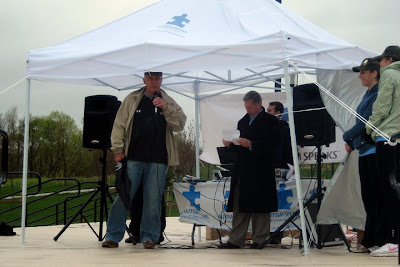 The money we raised will go to:

I love helping to coordinate charitable events on campus. Last year, with the help of Beta Theta Pi Fraternity, I coordinated and implemented a fundraiser for the Alliance for a Healthier Generation which is affiliated with my platform, the American Heart Association. We did a charity tug of war and had so much fun and all in all raised close to $500 for the cause.

If you would like to donate to Autism Speaks U, or start your own walk or race on your campus, contact: