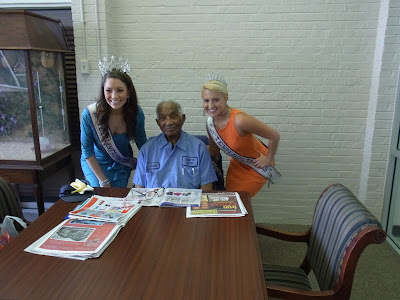 I took a trip to Dothan, Alabama for the Competitive Image Sherri Hill trunk show (more about this on a future blog).

While there, I had the privilege to join Miss Teen Southeast International, Megan McNabb at an appearance at a local Dothan nursing home. 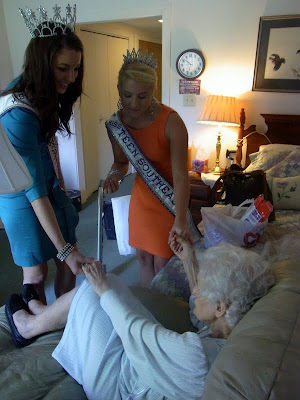 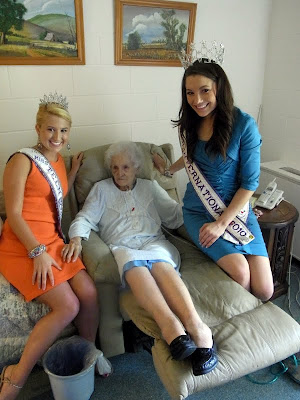 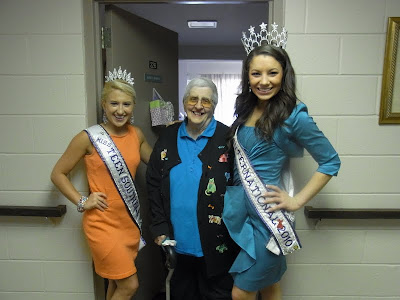 This was a special appearance for me, because my sorority, Sigma Kappa’s, philanthropy is gerontology. The residents we visited were so sweet and very alert, considering the fact that their average age was about 90. We took them peppermint candy and information on the American Heart Association. 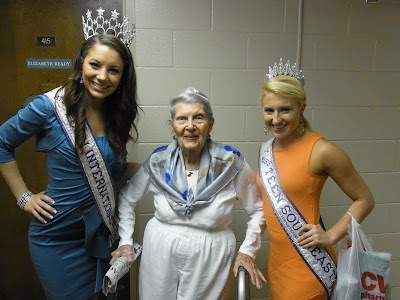 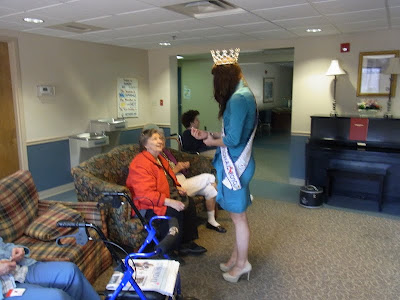 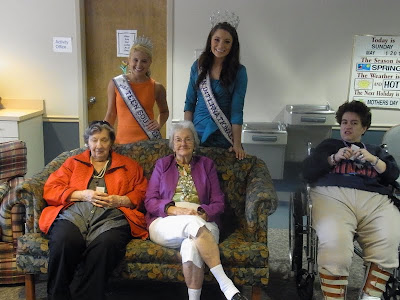 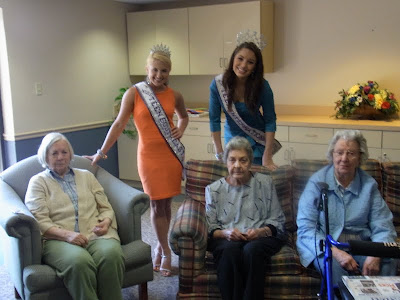 We took lots of photos and Megan is going back next week to deliver the photos personally to the residents! Often times the elderly get forgotten about so the residents were so appreciative of our visit. We heard some wonderful stories from a secretary that worked at the Pentagon for the Joint Chiefs of Staff. She was so excited to hear that I was from the Washington, DC area and said that she really missed Washington, but her niece brought her to Dothan to help take care of her. 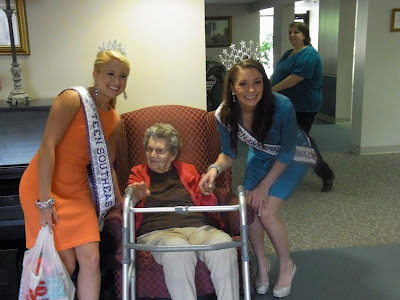 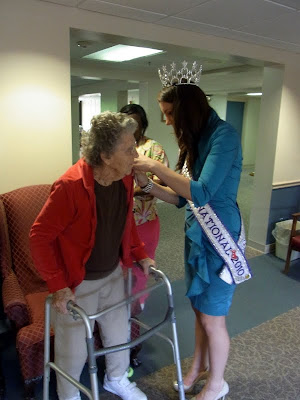 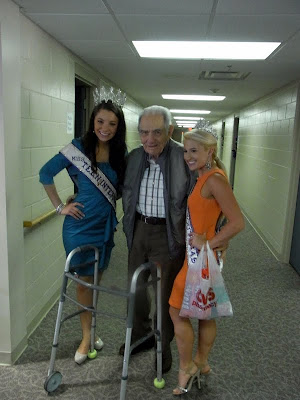 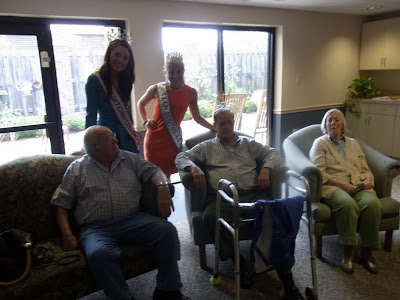 Megan is a fabulous regional queen. Two years ago we competed together when I was Miss Teen DC International and she was Miss Teen Alabama International. She has always been so sweet and genuine-she even came to Nationals last year and told me that she cheered for me the whole time and was so happy when I won! It was great to have a chance to catch up with her! 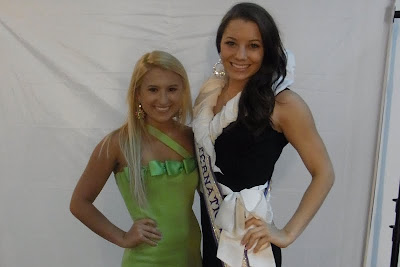