I believe the biggest challenge facing teens today is peer pressure. Peer pressure can cause a teen to do something they will regret greatly, such as alcohol and drug abuse. It is hard to say “no,” but it is not impossible. The best way to avoid peer pressure is to think about the rest of your life ahead of you. Teens have yet to reach their full potential. We have places to go, and people to become. 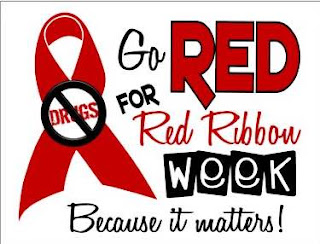 Each day a woman spoke to a different group of students to educate us about drugs. She told us that Red Ribbon Week was started by the wife of a police officer. The police officer had been investigating a large drug deal and had been sent into witness protection. He was getting close to finding the head of the deal and shutting it down. When he was on his way to eat lunch with his wife he was shot and killed, so his wife started Red Ribbon Week to raise awareness of the devastating harm that can come from drugs.

Again, think of what you are yet to become, focus on those goals, and focus on achieving them. If you do this, the things that might seem like fun for the moment will not seem like anything in which you would want to participate. Say no to drugs!

“Nothing is impossible, the word itself says 'I'm possible.” -Audrey Hepburn