In October, I traveled to San Antonio, Texas to emcee the NAMI San Antonio Walk & Fundraiser. The venue and weather was perfect as the walkers and I came together to support those living with a mental illness. As I was walking the 5k, I noticed one of the walkers had a semicolon tattoo on her wrist. I was definitely intrigued as the tattoo seemed very simple. I knew there had to be a deeper meaning. So I decided to ask her why she choose to get that tattoo. She informed me that she was a survivor of attempted suicide. She was in so much pain that she wanted to end it all… a very permanent decision. Having survived the attempt, she realized that her struggle with depression was just a part of her story, not her entire life story. And this is why she got the tattoo. 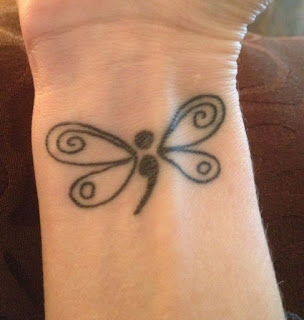 In grammar, a period represents the end of a sentence, while a semicolon represents a pause or a continuation. With The Semicolon Movement, the tattoo represents that any struggle with depression, addiction, self-harm and suicide is a pause, not a stop, in the person’s life story. This symbolic gesture is a silent but powerful way to show that there is still hope even through the struggle. Part of my mission as Miss International is to recognize ways in which people can start a conversation about mental health as a way to make the topic less intimidating. So if you encounter someone with a semicolon tattoo, I encourage you to spend a few minutes getting to know the person’s story. Every person deals with struggles, and getting to know how someone persevered through them is a beautiful way to get to know someone better with compassion and empathy! 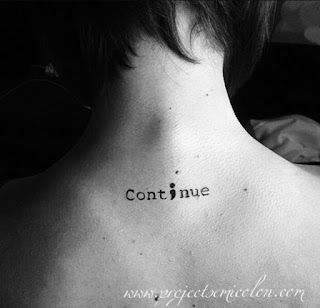 Continuing to break the stigma,