One of my greatest passions is helping others. God placed a specific burden in my heart to help animals. I am so honored and blessed to be a voice for the ones who only have a bark or meow. My trip to Vegas was not a vacation or appearance; it was an answer to a call to help my furry friends.

The Humane Society of the United States holds an annual event called the International Animal Care Expo, which networks animal loving people from all around the world. In 2010, I attended the conference in Nashville, TN as an International Pageants state titleholder. It was such an honor to attend this year’s event in Las Vegas, NV as Miss Teen International and as a volunteer. My mother, father, and I all volunteered at the Stop Puppy Mills booth for the HSUS. 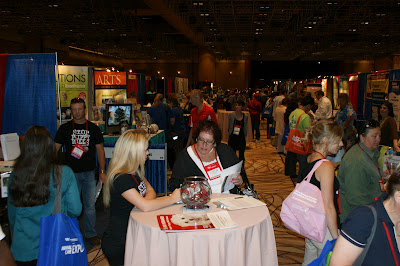 All week we asked expo attendees to sign a support letter to the USDA for their tremendous efforts recently to make an important change to the Animal Welfare Act. Currently in the Act, there is a loophole which allows large-scale online breeders that sell puppies to go unregulated from basic humane standards as long as they do not have a storefront and ship animals sight-unseen. In other words, currently anyone can sell animals over the internet (ie: Craigslist) and not have to comply to humane standards or even be licensed. 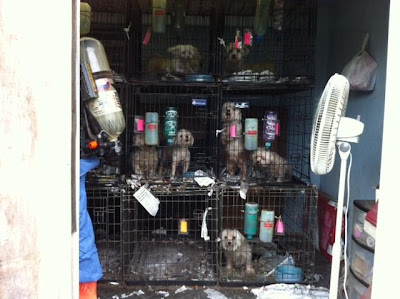 Puppy mills are inhumane and must be regulated!

This exclusion has gone overlooked for too many years and has taken a team of many to make this correction in the Act. Online breeders MUST be held to the same regulations and standards as commercial breeders. Please encourage your legislators to vote for this change! You can help by taking action today: The USDA is seeking public comments on the proposed rule. We urgently need as many caring citizens as possible to speak out in support of the rule. 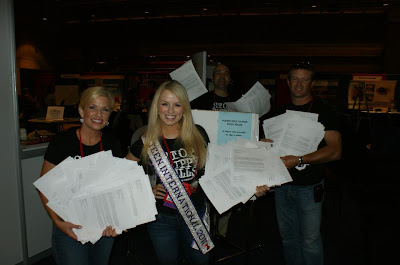 We got over 750 letters! That’s more support and a better future for animals! 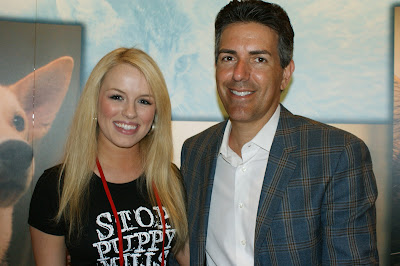 While at the expo, I got to network with Wayne Pacelle-President and CEO of the Humane Society of the United States. It was so cool to meet him! 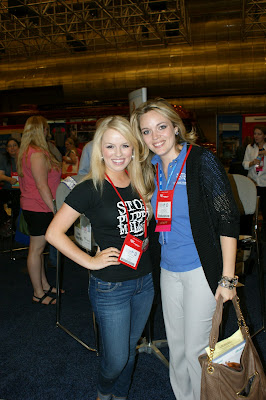 I also got to catch up with Summer Wyatt-a former pageant queen and the current HSUS West Virginia state director! 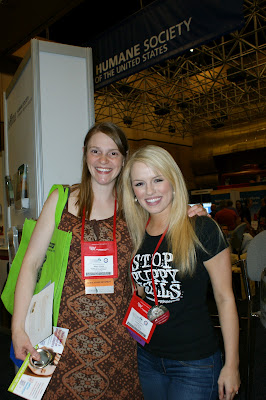 It was so good to see Marit Ortega of Tri-County Humane Society in St. Cloud, MN! We met at the 2010 expo and I donated to them while in Minnesota this year! 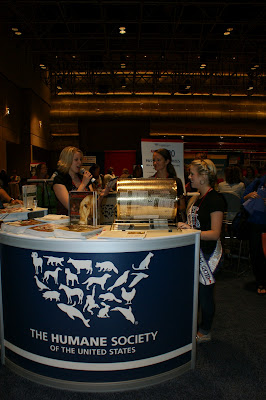 Drawing door prizes for the HSUS! 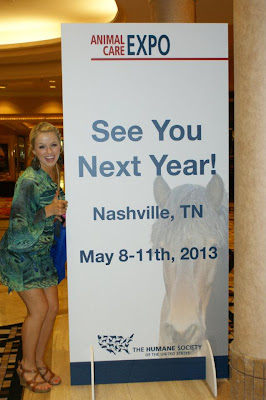 The expo was a huge success! I can’t wait to be a part of this conference again in Nashville in 2013!