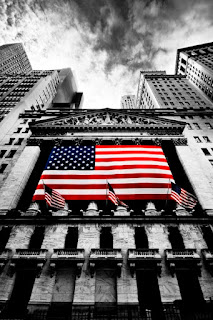 On my flight to Africa, I set next to a young man who spent the last six months in America. He was traveling across the states with a company and saw almost every state. The 16-hour flight began with us engaging in small talk as we spoke about our experiences and reason for travel. It was so interesting to me that he came from Africa to America just to work.

I finally built up the nerve to ask a deeper question about my thoughts. “Why did you leave everything you have to come to America?” I asked. His response was quick and simple… “Because it’s America.”

I have always known that my home country has a lot to offer and inspires many with the idea of the “American Dream”. I’ve seen my family leave Colombia to travel here, but I guess it never really hit me that others would do that too. You know it’s true… you look at statistics… but here was a man who made that statistic a real life person. I was blown away at his response and belief he had in America.

I was actually in Africa during the Presidential election. I had no idea that other countries were so involved that what was going on in my home country. No matter who you voted for and where you stand, it is an honor and great responsibility for us. I was deep in the townships of Africa and even they asked me about what was going on back in America.

It blew my mind to know that so many people had their eyes on our soil and the current events. Literally, every event that I went to and spoke at… I was asked about our country – what it’s like and what’s currently happening! Again… one of those things you hear about but doesn’t seem real until you actually experience other’s care for yourself.

America is not perfect, but we are a blessed nation and one nation that must stand united through each season of our history, with liberty and justice for all. It’s inspiring to know that we have the opportunity to shape not only our citizens… but the world.

We must take this honor in a humble manor and remember that our actions and words will change the world. That’s not just a statistic or saying… that’s truth.

I am so proud to be an American.