As the crowd roared the mighty chant of the Nebraska Cornhuskers, it was an amazing feeling to be on the field, but not for what you might be thinking where this moment of being spotlighted as Mrs. International 2014 is about to happen. 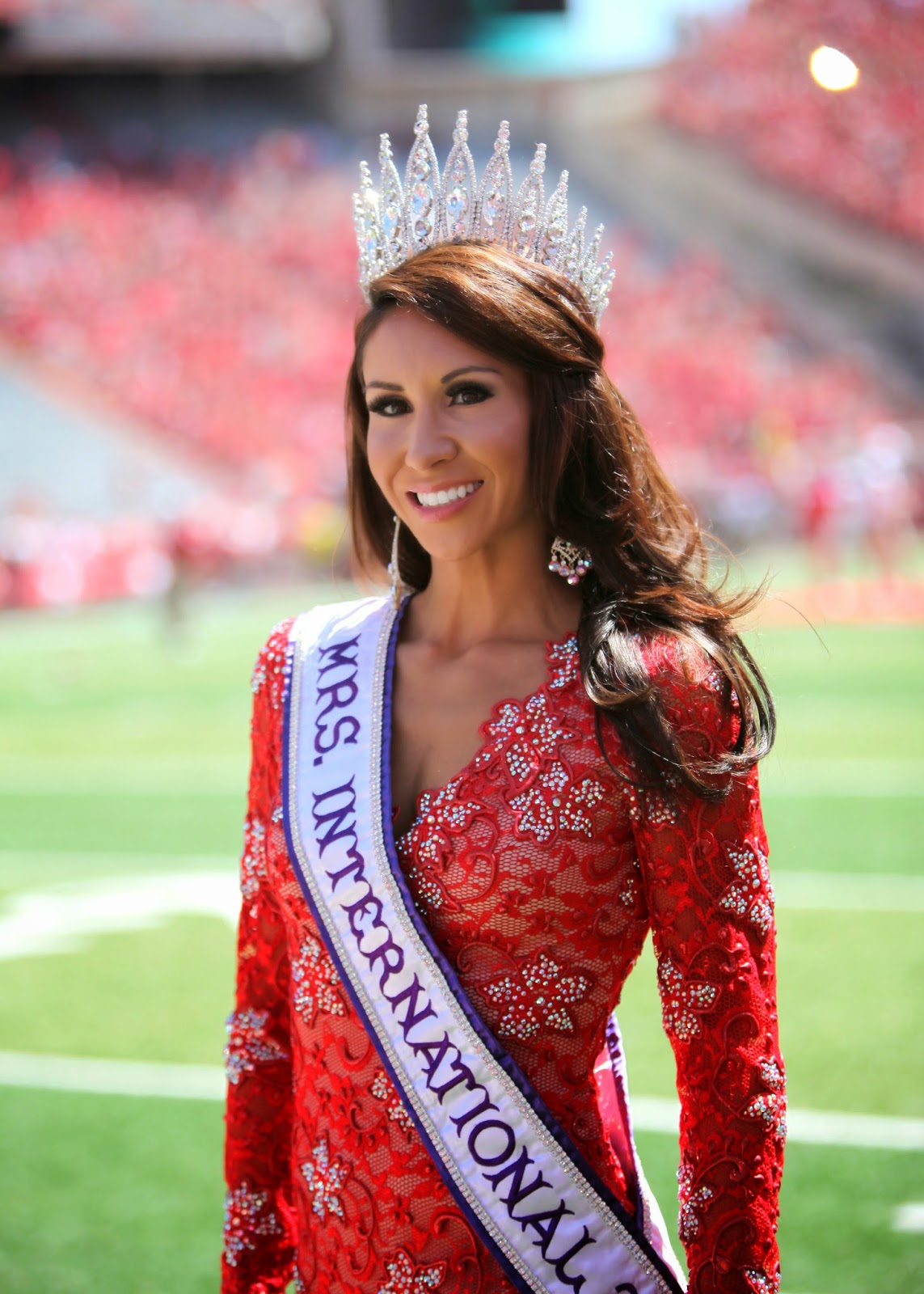 My husband Fred played football at Nebraska and it was his first time on the field during a game since he last ran out through the tunnel walk as a Husker. Fred is a very humble man and can be shy, but when he is in a football environment he has this amazingly intense side that comes alive. I looked around at the 90,000 plus cheering fans and felt a great deal of excitement, but was also making sure to take moments to capture the look of joy on Fred’s face. I always try to find my “why” moments at appearances and the purpose for why that opportunity existed, and seeing him so happy was one of those moments that day. 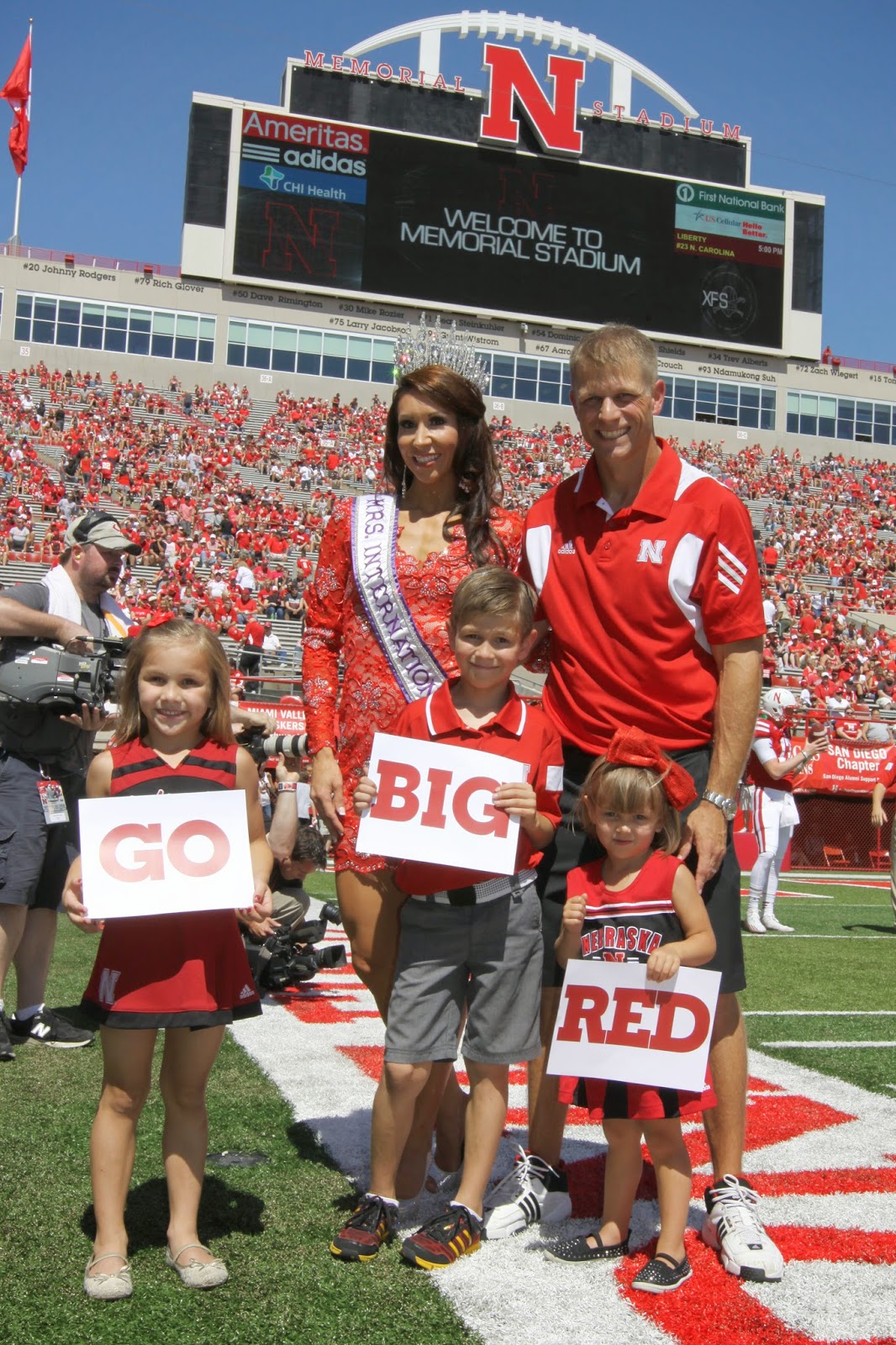 Being honored on the field at Nebraska at Nebraska was a truly special moment that few will have in their lifetime. The qualifications for being recognized are very strict and must meet one of the following guidelines:
It is a pretty short list and being honored in my current hometown at one of the top stadiums in college football that has a NCAA records sellout streak since 1962 and on game day actually becomes the 3rd largest “city” in Nebraska! Being surrounded by some of THE best fans in college football is definitely another dream come true and if you are ever in Nebraska on a game day, you need to go, I guarantee you will become a Husker fan. I love being a Husker, we love all things Husker, and I love the state of Nebraska….that is a lot of love! But the reason I love it so much is everyone always loves right back. 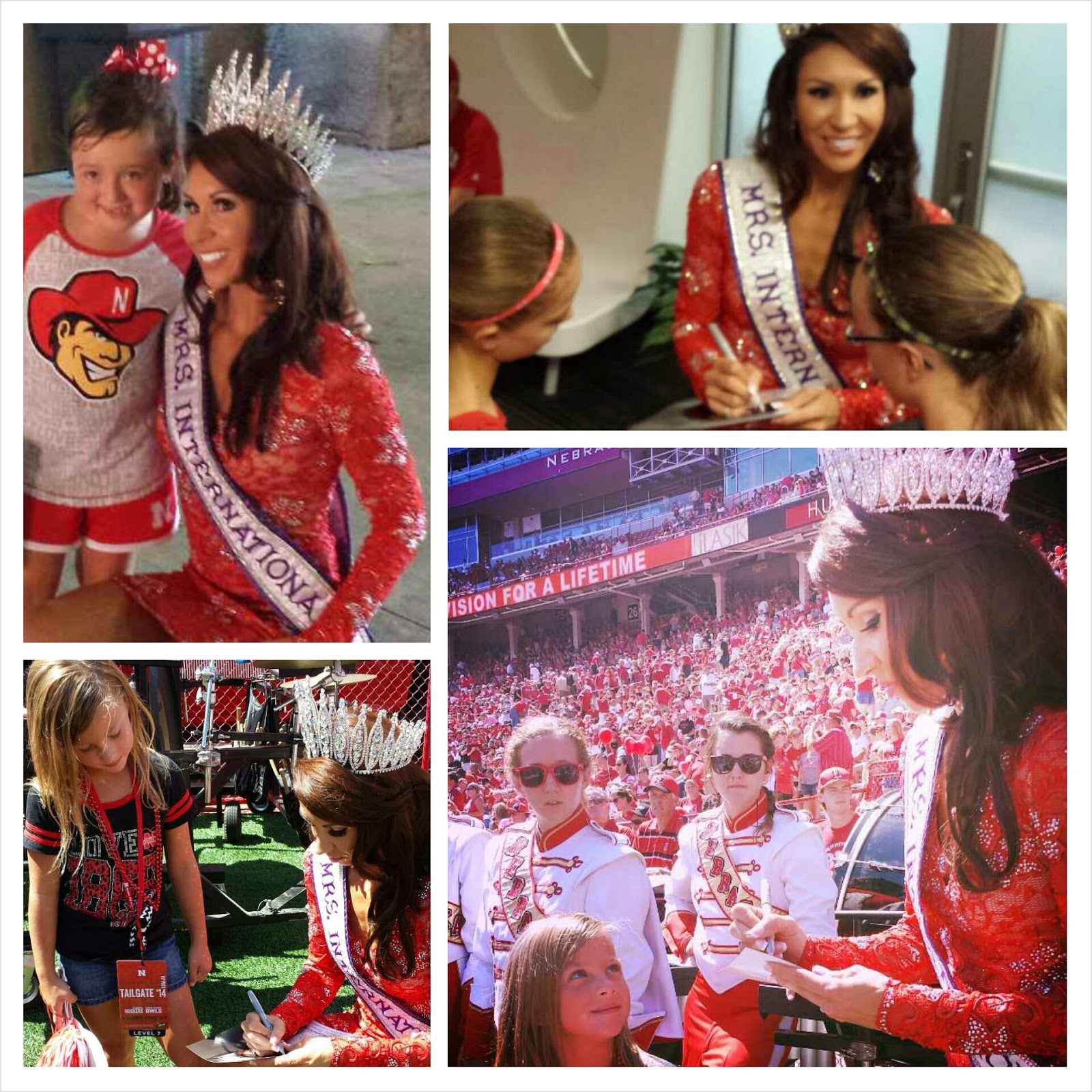 My official Clay Spann autograph cards had arrived JUST in time and was able to use them for the first time at the Husker game signing for hundreds of fans around the stadium. It was amazing to see the little girl’s faces as they looked at the cards and would literally jump with excitement after I signed it. Another “why” moment of the day

Thank you Nebraska Huskers for allowing me to celebrate the International Pageant system, Soles4Souls and have my Husker family by my side. There truly is No Place Like Nebraska!

Live what you Love and Go Big Red!!!