This year TET fell on my birthday, February 3rd. As many of you know, I was the event emcee for National Wear Red Day in NYC. My plans were to fly home from New York on Friday night, sleep in my cozy bed, then drive to Winston Salem to celebrate TET with my family! WELL, the airlines had another plan…DELAY! Thank goodness I had my wonderful friend (hair/make up artist) Julie along for the ride! We made the best of the situation and had the best “girl time” ever! I truly needed every second. Even though I arrived home at 4am, I was grateful for a safe flight, the time to charge my camera battery, catch a cap nap, and GO again. 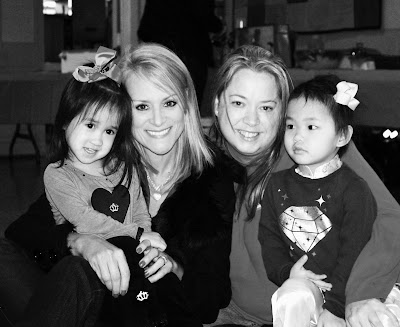 This picture says so MUCH. Just to give you a little background. When the government issued our RFE back in July, 2008, it said in layman’s terms, “unless you find a birth mother, you are not adopting your daughter”. That was basically the same form letter 44 other families received whose children were languishing in an orphanage in Northern Vietnam along with HG. We fought the fight for months. The lady in the photo with me is Meredith Lodge (you can call her Mer). She is Lulu’s mom. Mer & I found one another on the internet via a “TQ Vietnam” group and the rest is history! We found other moms and formed the “hot hens” support group as well (complete with feather boas…).
Mer & I will always have a very special bond. I will never forget that August night in 2008. I was only running off of water and a prayer (seriously). I would sit in the bed every night with my laptop, sometimes hitting the refresh button 2 hundred times…praying for a 1-600 approval. I knew in my heart it wasn’t coming, but I’ve never been one to give up! SO, with that being said, I was making alternate plans. You’ve heard the saying, “Love knows NO borders” and nothing could hold me back any longer. I had made up my mind to GO…GO to Vietnam and adopt Halle-Grace via Vietnamese law and wait it out! We knew the longest time would be 2 years. I had to do what I had to do…I needed my daughter just as much as she needed me. What I didn’t know…Mer was doing the same thing. She messaged me that night and said, “I think I may go”, my reply must have knocked her computer in the floor in Connecticut when I replied, OH, I AM GOING. I am waiting on my VISA and will be in Vietnam by the end of August….now the rest is history! Halle-Grace was adopted on September 1st 2008 and Lulu was adopted on September 15th, 2008. We were roommates in Vietnam. The girls have a bond that they will probably never truly understand… 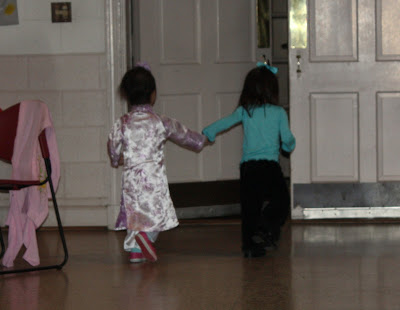 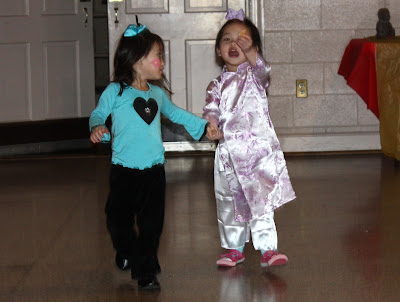 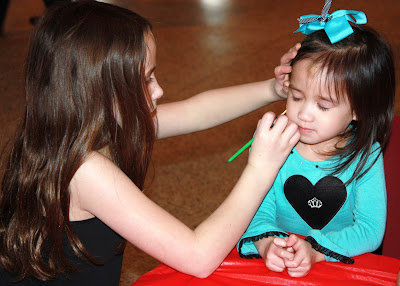 Maggie Quigley painted faces for everyone. She’s such a talented young lady! 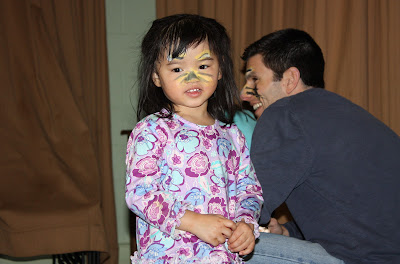 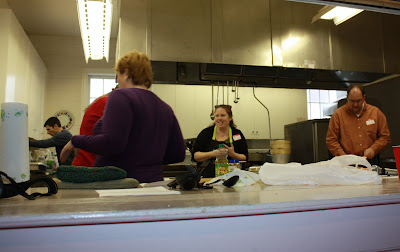 Mary Quigley taught a Vietnamese cooking class. Notice, I am taking photos and Jason is participating in the class!
For Vietnamese Americans, like Halle-Grace, Tet is like lots of celebrations all rolled into one! It lasts for three days and comes sometime between January 21 and February 19. This holiday has been celebrated by Vietnamese people for over 4,000 years, and for Vietnamese Americans it is a time to learn about family history and the history of Vietnam. People clean and paint their homes, making everything spotless and new.
Peach blossoms are one symbol of Tet. They serve as a reminder of the New Year and the coming of spring. Red is the color for Tet. New Year's wishes are written in black on red paper scrolls which are hung in the living room and over the front door. Paying back debts before Tet begins is customary. Arguments are avoided and mistakes forgiven. This signifies a new beginning.

Children receive gifts of money which come in small red envelopes. Other Tet gifts may be clothes. flowers and toys. A favorite New Year's food is the sticky rice cake called banh chung which must be cooked for at least eight hours. They are cooked shaped in a square pan because in ancient times the earth was thought to be square. Favorite foods are pickled radishes, peppers and other vegetables. 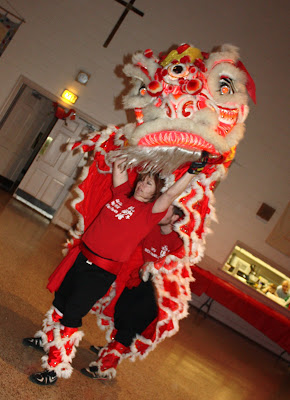 Like the Chinese, dragons are important to the Vietnamese people. They are often called the "Children of the Dragon." One legend says that dragons roam the earth during Tet. Another legend tells the story of a dragon and a fairy princess who fell in love. After they married the princess delivered 100 eggs which later became 100 children. The children were said to be as brave as the dragon and as kind and beautiful as the princess. According to this legend the 100 children grew up and became the ancestors of the Vietnamese people.  This was a special treat for everyone. The music was REALLY loud and HG froze though most of the 25 minute production, however, it was really neat…even when the dragon was spitting lettuce!!! 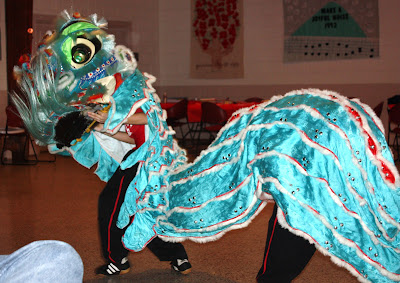 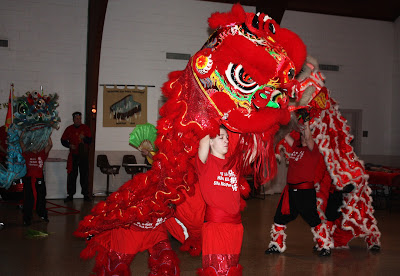 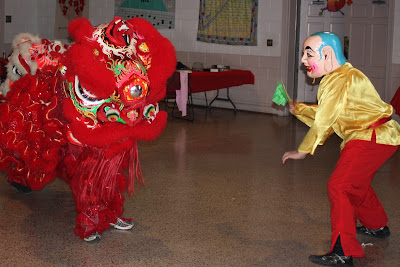 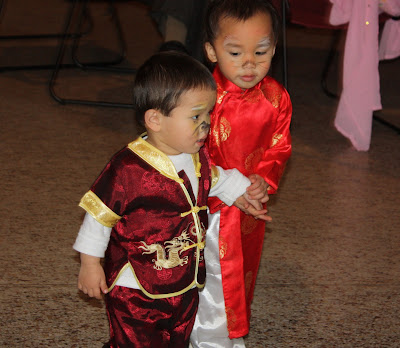 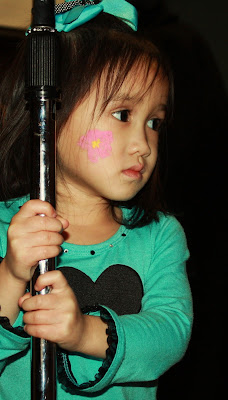 HG found a stage and a mic stand; she was ready to sing along with the dragon dance! 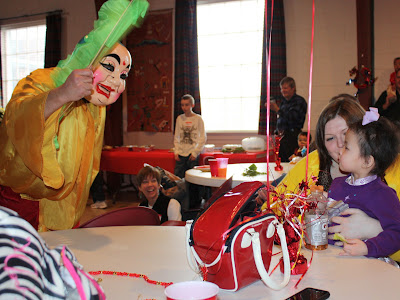 Lulu is not very sure of this production… 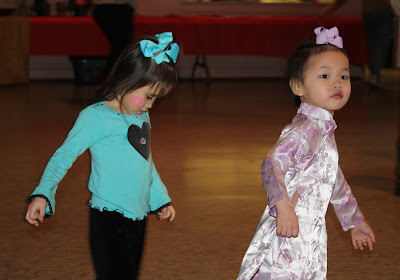 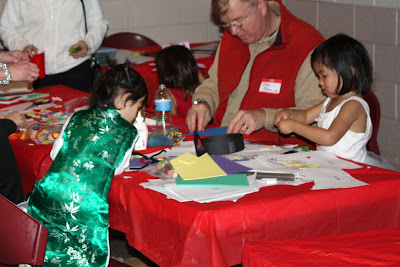 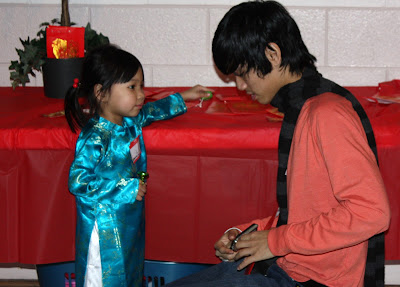 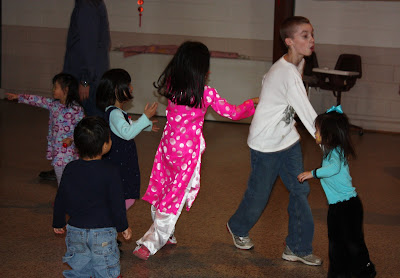 The children had so much fun…and guess who found ANOTHER boyfriend? 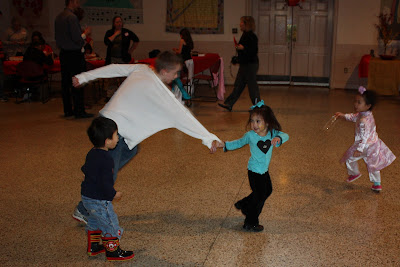 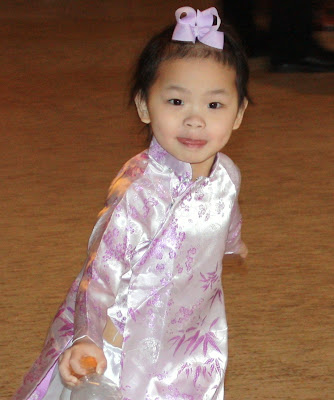 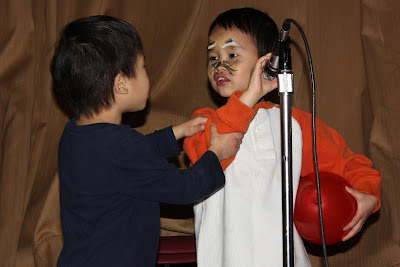 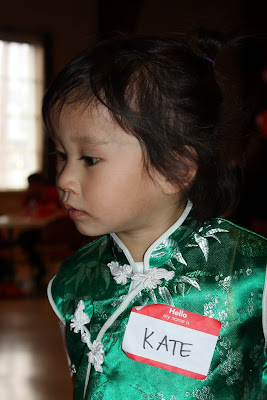 This is beautiful Kate. She was also a TQ beauty! Her mom, Amanda, is a hot hen! 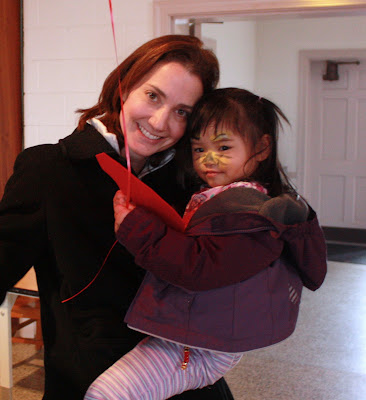 My friend Heidi (a member of the hot hens) with her angel Quynh!
Tet 2011 was an AMAZING celebration. If you notice, Halle-Grace did not want to wear her traditional Vietnamese dress. She’s 3 going on 13 with a mind of her own…and the fact that I had 2 hours of sleep, I didn’t press the issue!
Being Mrs. International is truly amazing. It has opened doors of endless opportunities and allows me to continue sharing my message of hope through the miracle of adoption every day. Tet 2011 was a homecoming/reunion for so many of the TQ families. It was so wonderful seeing you all and seeing your amazing miracles growing and thriving! I pray to see you all again next year!

Stay tuned…National Wear Red Day blog is coming. After the Tet Celebration, I had to repack and fly out to Orlando for my National Sales Meeting for work…so; I promise it’s coming soon.