Recently, I attended an event called Wreaths Across America at the Dallas/ Fort Worth National Cemetery. I joined other members from numerous veterans organizations along with members of the community for a ceremony honoring our soldiers that have gone on before us and those MIA and POW. I was honored to be among some of our areas most influential veteran leaders that day and am so proud of the turn out that we had! There were hundreds in not over one thousand people there that Saturday. 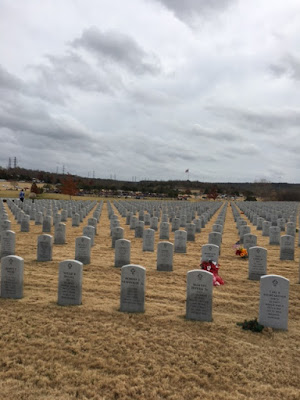 The mission of Wreaths Across America, Remember, Honor, Teach, is carried out in part by coordinating wreath laying ceremonies on a specified Saturday in December at Arlington, as well as veterans cemeteries and other locations in all 50 states and beyond. The organization also organizes a week of events including international veteran’s tributes, ceremonies at State Houses and a week-long “Veteran’s Parade” between Maine and Virginia where they stop along the way to spread their message about the importance of remembering our fallen heroes, honoring those who serve, and teaching our children about the sacrifices made by veterans and their families to preserve our freedoms. 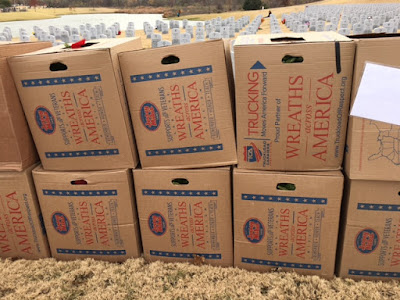 In 2014, there were over 300 18-wheeler truck loads of wreaths sent across America. That’s 716,000 wreaths placed at headstones of veterans and fallen soldiers at cemeteries nationwide. It is so special knowing that at the exact same time on the specified Saturday in December, there are thousands and thousands of people honoring our veterans. I can’t wait to know the exact number for the wreaths laid in 2015! 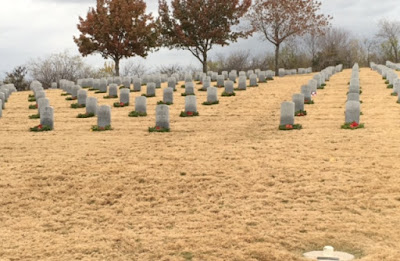