As if there aren’t a million things to do in Vegas, NASCAR descended on this town and added the racing excitement everywhere you turn.  For me, ever since I landed, I’ve been running a million miles a minute – and haven’t hit a slot machine, yet.  (But that’s ok, because I’m not much of a gambler – shopping is much more of a sure thing.) 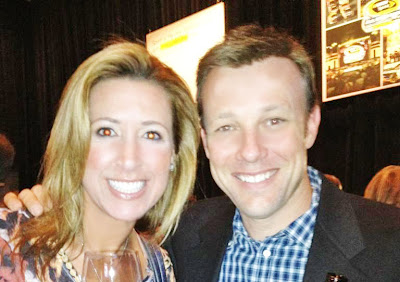 With Matt Kenseth at the Sprint Reception
Wednesday night was a reception at the Sprint Lounge.  Thursday morning was the annual Myers Brothers NMPA Luncheon at the Bellagio.  And on Thursday night, for the second year, fans, drivers and dignitaries enjoyed an event called “After The Lap” at The Joint in the Hard Rock.  Tickets were available for the public for a $20 donation earmarked for The NASCAR Foundation.  A big thank you to Coca-Cola, Ford and Sprint for putting on the event and to the over 5,000 fans packed the sold out event! 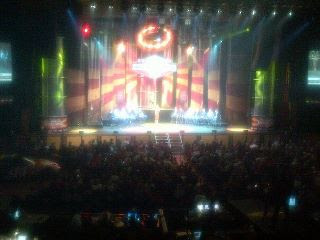 After The Lap at The Joint in the Hard Rock Las Vegas
The end of a season-long adventure for the NASCAR Sprint Cup Series known as Champion Week.  The top 12 drivers, including the new champion, Tony Stewart, will be honored at the NASCAR Sprint Cup Series awards banquet in the Wynn.  You can watch at home on Friday 12/2 starting at 9pm EST on SPEED Channel.  The winner of the Betty Jane France Humanitarian Award will be announced and the winner receives $100,000 for the charity they represent and a new Ford vehicle.  There is much anticipation and excitement for this announcement…stay tuned! 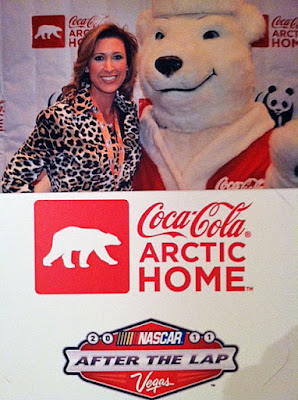