“Konnichiwa” (Hello) to those of you reading this blog! Watashi wa Sarah Desu (I am Sarah) and I am  excited to share with you the news that my story will be featured on a show called Amazing Stories which is a prime-time show airing in Japan on December 20, 2012 at 8:00pm. Ironically, I find it to be quite amazing that the Tokyo based Fuji TV producers found my story so compelling that they sent their New York crew to interview and film Joe and me in our home on the afternoon of December 9th.

When they contacted Allison my Minnesota director, the International headquarters, and my assistant Becky, we were not quite certain what this inquiry really meant, however, they were very gracious and thorough in their correspondence. We reached out to my trusted classmate in Tokyo and the Phoenix Society Japan board member, who both assured me this is a very popular show throughout Japan and they were very familiar with its content.

Once we agreed to the interview, the list of requirements for information and documentation was exhaustive, but certainly understandable. It was only four days before Miho and Tsunekazu “Todd” were in our home after the initial contact. Miho was sweet and thoughtful in her role as the interviewer and Todd made sure he got the shots he needed with his camera and lights.

We will share the link to the show with all of you, however, you should be forewarned you will not understand a single word (unless you speak fluent Japanese), and the show will be aired with a voice over…oh, and in the episode I watched, you will see a small frame in the upper corner of the screen showing the reaction of shock and awe in the faces of the Japanese audience. The music is dramatic and overall the show will be heavy on the message of overcoming adversity.

Until we see the show, I thought I would share a few sneak peeks of the taping with you: 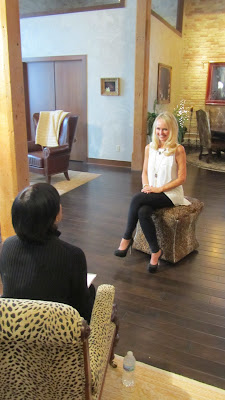 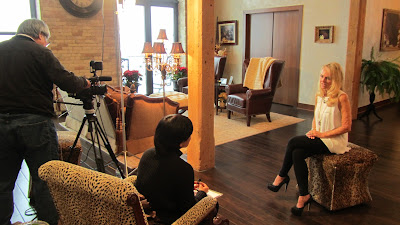 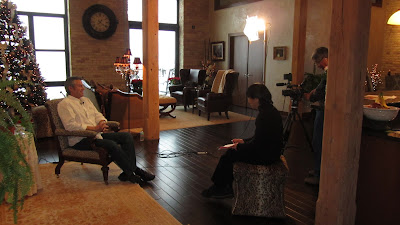 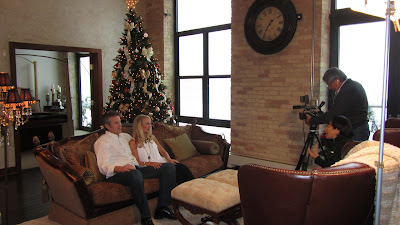 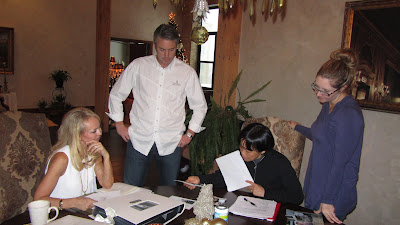 Special “Arigato Gozaimasu”(Thank You) to Miho for assisting my with my Japanese before we arrive in Tokyo on January 4, 2013!