For those of you who have been reading my blogs, or if you know me well, you already know that one of my favorites places in the world is New York City! When the American Heart Association so graciously asked me to emcee the 10th Anniversary event of Turning Broadway Red to kick of National Wear Red Day, I was elated! You may have seen the posting of the actual event held on January 30th, which was truly memorable; however, I want to highlight a few other special opportunities that happened during my time in the city that never sleeps!

Most notable, I was joined outside Macy’s by the lovely Jesse Ladoue, Miss New York International 2013 and following the event we shared some fabulous Italian cuisine at Trattoria. This is one of my favorite spots just a short walk from the Harvard Club NYC and one half block from Times Square. 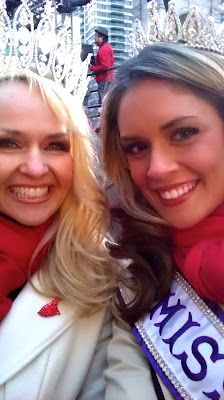 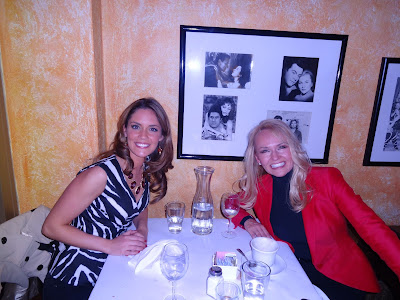 Speaking of the Harvard Club, where I am a member, I have to mention that the staff has been over the moon about the International Pageant and they showed me an enlarged photo of Krista, Gabby and me as the three Minnesota International titleholders posted on the wall from our visit last Memorial Weekend.

When I am in New York, I almost consider it a crime not to take in a Broadway show, so I used this opportunity to select a show with one of the women I would be introducing at the Go Red event the next evening. If you are not familiar with the TKTS booth, you can stand in line in the middle of Times Square the afternoon/evening before a production and purchase tickets at a discount. I was able to get a seat in the 4th row at half price to watch the performance of the Tony Award-winning Judy Kaye was starring with Matthew Broderick in Nice Work If You Can Get It! I couldn’t wait to let Ms. Kaye know that the scene with her swinging from the chandelier had me in stitches! 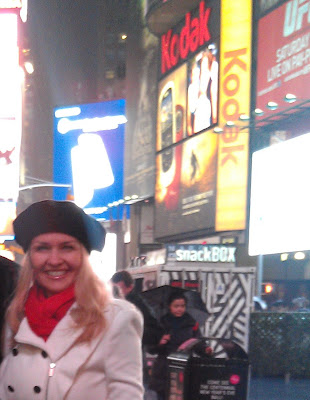 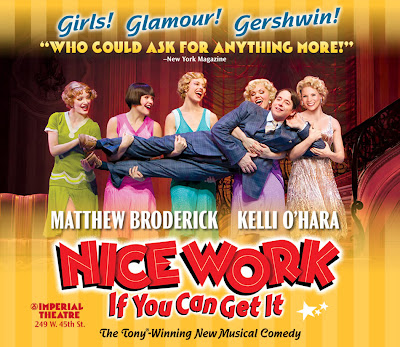 Nice Work If You Can Get It!

Finally, because the weather was so cooperative for January, I had a chance to take a long walk down 5th Avenue and of course stop at one of the most famous ice skating spots in the world; the rink at Rockefeller Center. This visit did not allow for me to carry my skates, but I love being near the ice and watching all the fun! 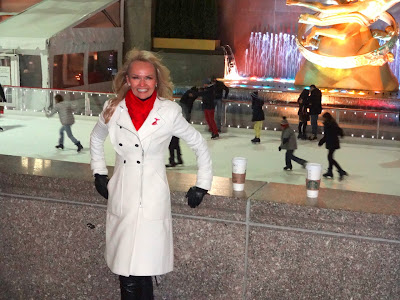 Thank you again to the American Heart Association for asking me to share in your anniversary celebration of such an important message. And, if you are a friend of NYC wonderful…if not, you might want to consider an adventure in this vibrant city.