At the start of 2010, our hometown church started a “Decade on Purpose” initiative. We each wrote a statement, or few lines on a card of what we were trusting God to do in the next decade to come. When this was written, I had not traveled to Haiti yet, we had two children and the only person in my life lost to suicide was my brother. Looking back, I now realize what was starting in my heart was just a kindling of a fire that would soon be a roaring blaze to serve our world. 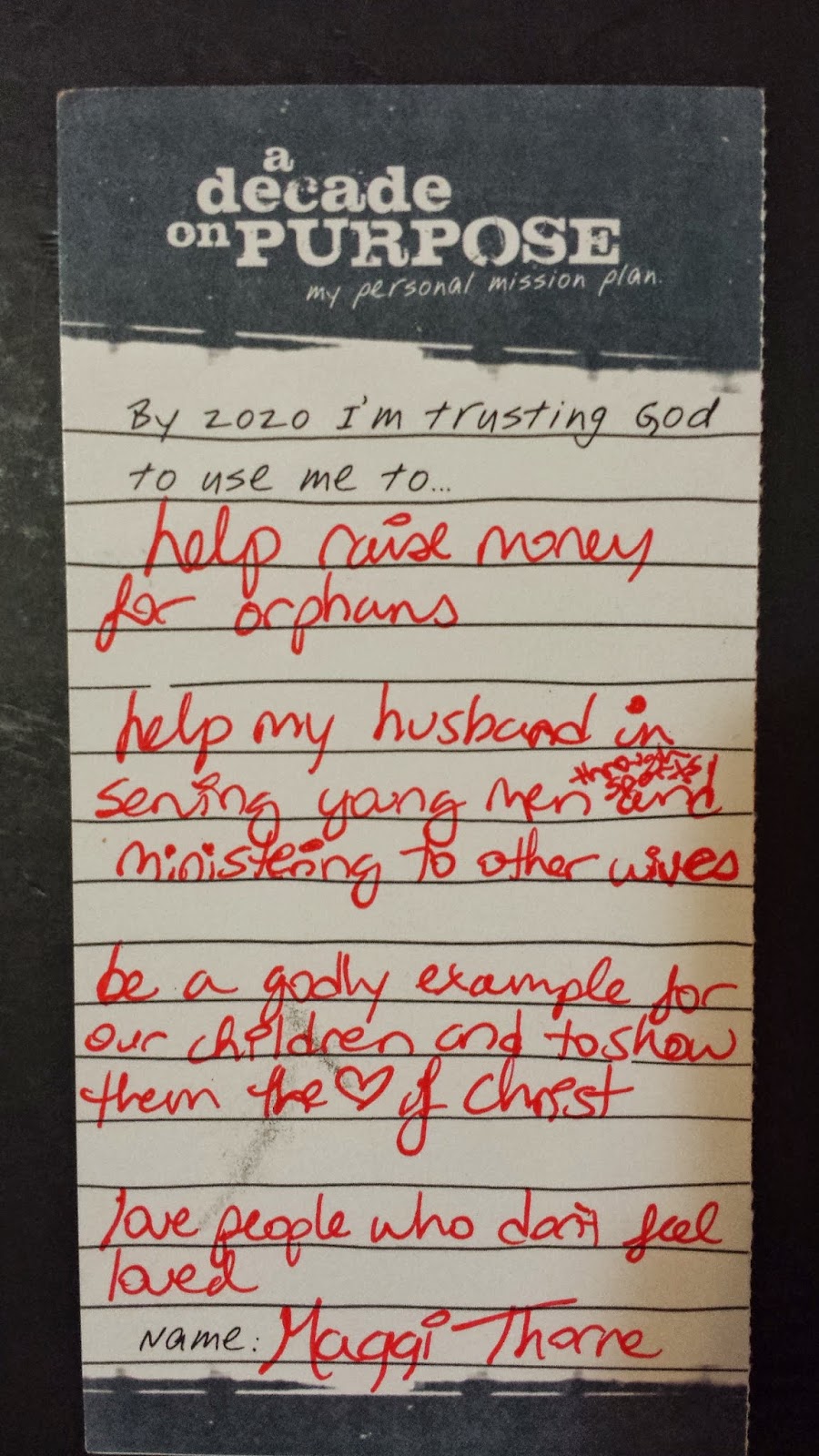 My desire to serve orphans came when I was watching a 20/20 episode on Haiti in 2009. A young girl was re-united with her mother after living in an orphanage for years. Her mother’s husband was not her dad, and because of Haitian law that the man of the house is the ultimate decision maker, she was sent back to the orphanage because he was not the father to this young girl and he did not want her around. The scene of the young girl being torn from her mother’s arms, both of them screaming for each other, put me in a down pour of tears. I could not imagine the pain they both felt. I began to learn more about the country of Haiti and saw the despair. After the earthquake happened, I became very focused on getting involved with an organization that had direct ties with Haiti. It just so happened a new organization had formed, the Nebraska Global Orphan Project and I ended up joining them, then traveling to Haiti in July of 2010…a few short months after writing the first statement for Decade on Purpose. 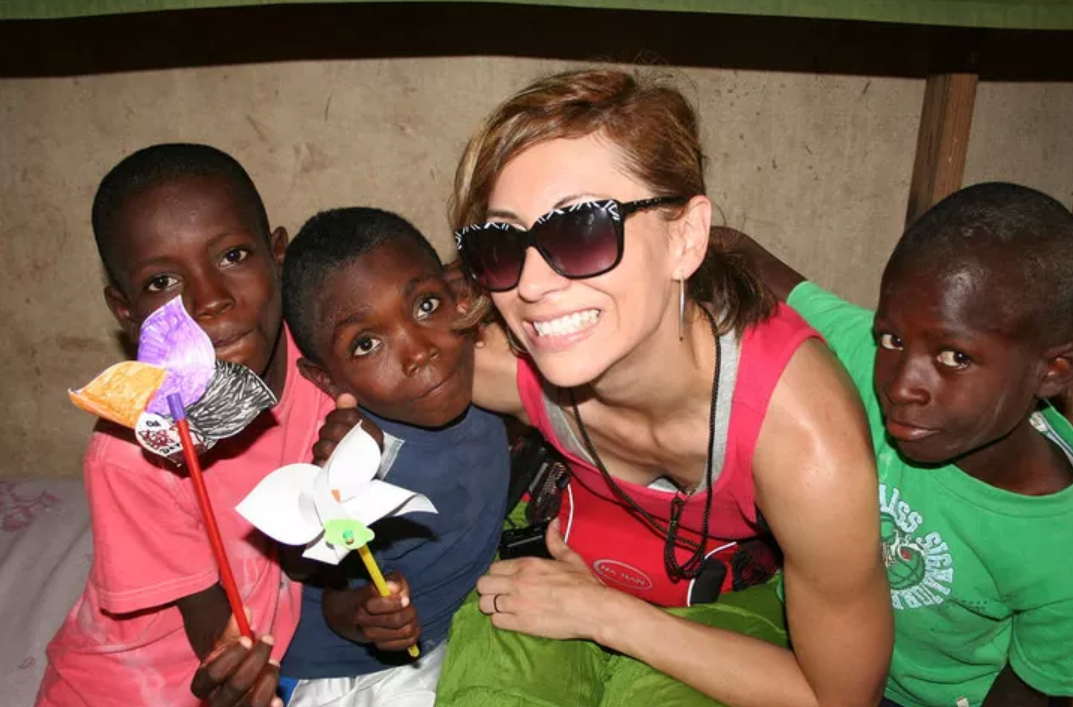 This was my first trip to Haiti, 6 months after the earthquake hit. I fell in love with the country and their people.

After visiting Haiti firsthand, I became more deeply involved and joined the board of an organization called Global Orphan Hope. We were a hands on group that didn’t just send money, but we sent people and built orphanages in developing places like Haiti. I thought “This is it, my construction skills are used, marketing skills and we are serving orphans”, but then in January of 2011 everything changed.

I had been feeling extremely sick and was not quite sure why. I found out soon enough when learning I was pregnant with our 3rd child. This was a “surprise”, as I had been very, VERY focused on my career as well in the midst of the largest capital construction campaign in the history of Nebraska Athletics. $340 million dollars in projects and I was at the helm of them all with my boss. I was angry to be honest because of the “interruption” in “my plan”. My ambitions had been to climb the career ladder in athletics, become an administrator, and eventually an athletic director….and I was well on my way. Attending meetings and doing my job became a daily struggle, and just basic life was a struggle as I fell asleep at the dinner table, and became very dependent on others for help. For someone who has an independent personality, it was a daily battle. Then disaster hit…………

In May of 2011, when I was 6 months pregnant, my husband and I separated. We hit an extremely difficult time in our marriage and I began to put myself in the mode of raising 3 kids on my own. As a last ditch effort, we went to counseling in Colorado. While there, we went to a place called Seven Falls. Walking up a set of steep, steep stairs, we were both complaining, arguing, and had agreed to not go all the way to the top because it was too difficult. The plan was to take a rest at the half way point and then go back. Once we got to the hallway point and caught our breath, we decided to make the commitment to finish. The second leg of the steep stairs, we did not complain and made it to the top...where it was absolutely beautiful. We knew what we were in for. If we had given up, we would have missed out on so much. It was the paraphrase for our marriage at that point in time and after our time in counseling made the commitment to Never Give Up on our marriage. Then more disaster hit….. 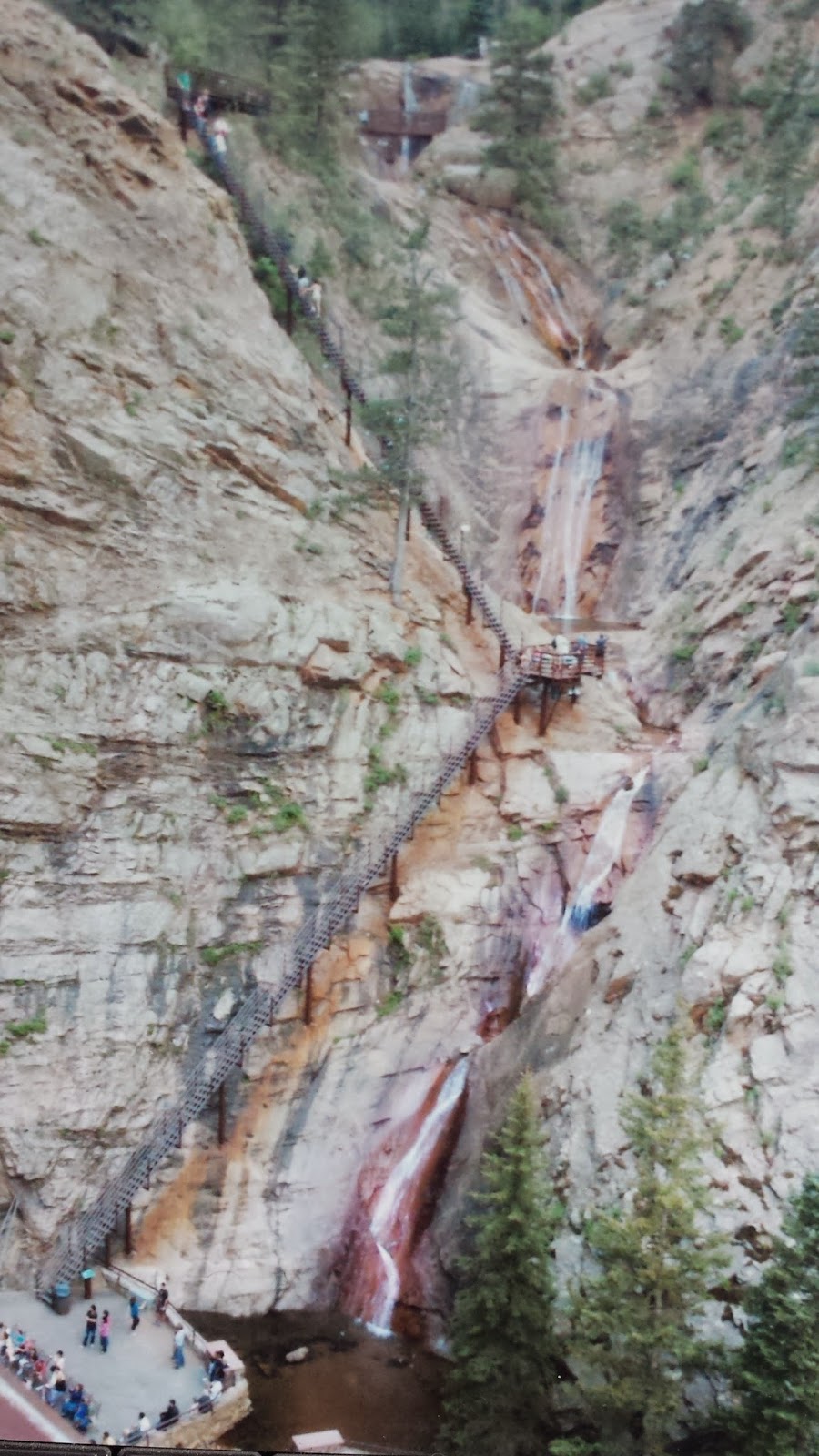 We keep many copies of this picture at Seven Falls around our house and in our bibles. It serves as a reminder that struggles will come, but if we push through, it is worth it…and it will be beautiful.

Standing in the airport heading back to Nebraska I received a phone call that one of my track coaches from college had died in his hotel room at a track meet. The next morning there was a voicemail on my office phone from my best friend's brother. He was informing me she was dead. 2011 was a very difficult year, heartbreak, struggle, death, rough pregnancy, etc. Only one year in to a Decade on Purpose, I was beginning to feel like I might not survive the decade. 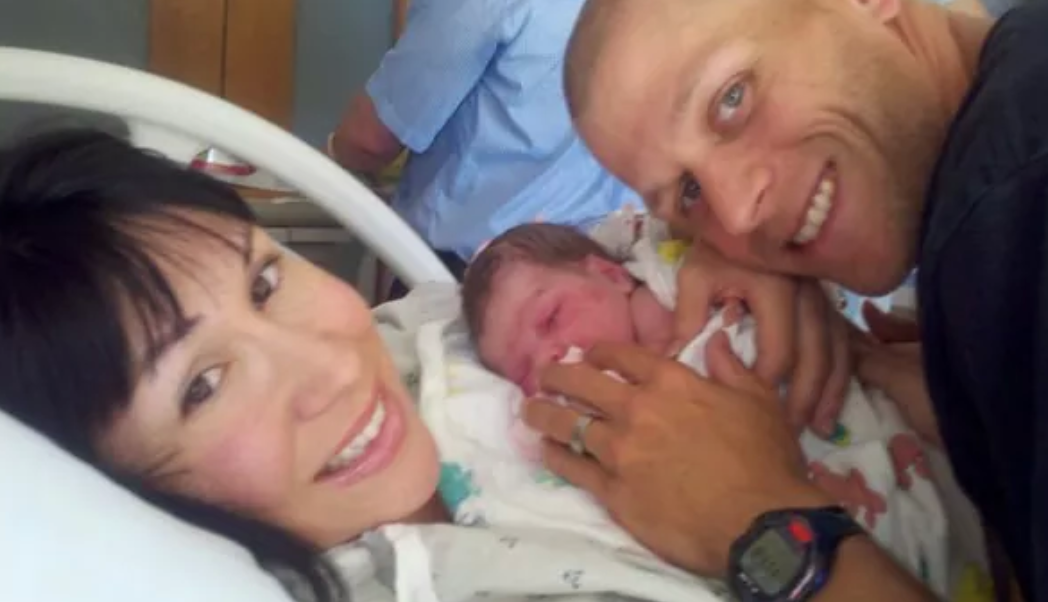 When Ellie was born, I felt like at that moment was the first time I truly understood grace. We did not deserve her, yet we were blessed with another child anyways. We call her “The game changer”….and Ellie Belly ☺

The struggle we went through in our marriage re-prioritized all of my goals and ambitions. I started a transformation in to the mother my children need me to be and the one God wants me to be….and not just to our children, but the millions around the world. I learned a deeper compassion through our struggles and a better understanding of how others need to be loved. As you know losing my best friend has forever shaped my life and there is not a day that goes by that I do not think about her. Losing her was the final spark to igniting what now roars like a wildfire in my heart.

Here we are in 2014 with 2015 fast approaching. The ways I initially thought these goals would be fulfilled is very different from where I am at today. As Mrs. International 2014 I’m able to do more than I ever thought possible for orphans, and many others globally. Being a part of a system where so much change is possible, is more than I could have every prayed or asked for. The fact that my family can be right alongside me every step of the way makes it even sweeter.

The realization came that when tragedy strikes in life, it does not mean God has abandoned me, but that He is letting something happen in me when tragedy strikes that is helping to fulfill my purpose. Sometimes God does things that are in our best interest, even if painful. There are times life makes sense and sometimes it doesn’t, but God’s goodness is always there.

Own your own journey, don’t expect someone else to do it for you!

Above and beyond the “Decade on Purpose” goals, at the beginning of each year we write goals. Below were the goals I wrote on 1-2-14 for this last year. It includes trying to triumph over some of my weakness’s and build my strengths. One my of greatest on both side sides of the coin is my inner drive. I admittingly have chosen activities over my family during the last decade. There was not a strong family environment surrounding me growing up, and some of the bleeds into my life now….something I seek to change for my children and all the future generations to come from our children.

As a mother:- Choose family more over extracurricular activities
- Pursue Christ better and be more intentional of sharing God's word with each child
- Be more diligent about making sure our home is clean
- Make a better effort to schedule play dates for each kid
- Take days off for each kid to celebrate life with them in the little ways
- Make healthier meal plans
- Save energy for my family
As a wife:

- Pursue Christ better and pray every day for Fred- Build up Fred better, less criticism
- Be intentional about my household responsibilities
- Be financially responsible
- Be more intentional about loving Fred with an open heart
As an International queen:

- Represent the international pageant system with class, grace and dignity- Follow through with actions on words spoken
- Represent Soles4Souls by being intentional with training, marketing them and organizing a major shoe drive
- Have confidence in who Christ created me to be and use those abilities as He intended
- Pursue what God puts on my heart, having faith in His provisions for that task
- Don't worry about what other queens are doing. God is in control, NOT me. If being Mrs. International is my destiny, then so be it. If not, I can still change the world
The desires of my heart, future goals:

- Leaving job at athletics and still being able to provide financially for our family and have our home be more organized- Being Mrs. International to continue to represent Soles4Souls on an international scale
- Professional obstacle course racer
- Being a motivational speaker all over the world
- Motivating others to pursue their dreams and never give up hope
Dear God,

Thakn you for every opportunity you put before me. Thank you for the strength, the desire, the passion, and the faith to trust you will always be by my side.

As 2015 approaches, what does your next decade look like? 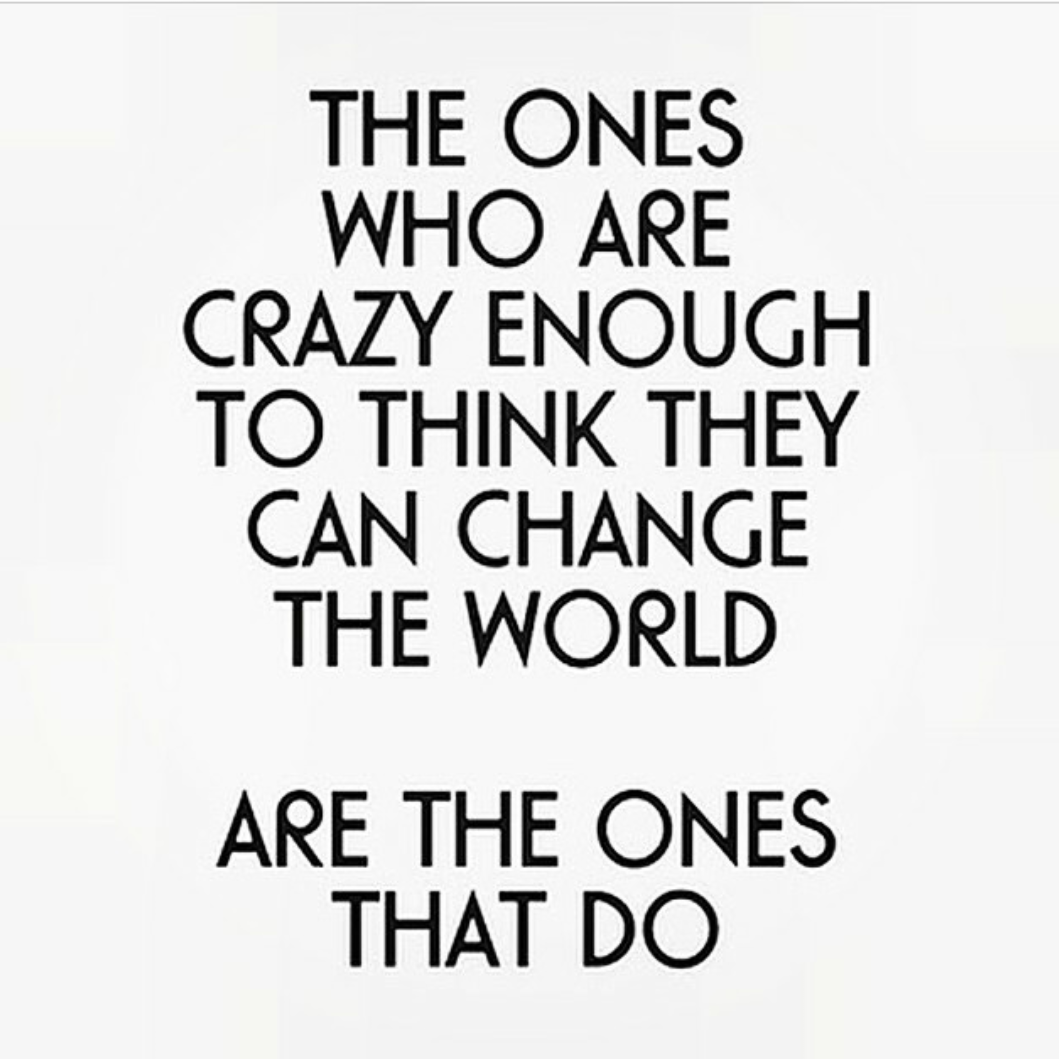