I most recently shared a blog about my first pageant dress and it made me want to share the details of the first pageant I ever won. I was 18 years old and a sophomore at Moorpark College in California. I had competed in two teen pageants before and was preparing for my first Miss division pageant.

I was intimidated by the much older girls who had signed up to compete. I was worried their years of experience or world knowledge would give them an edge. I spent months checking their social media accounts, worried and scared that I would lose to them. I wasted precious time and energy that I could have spent preparing myself for the pageant.

I had a brand new platform and was working very hard at expanding it within my community. I even had an event planned for the morning after the pageant, win or learn. (Like I said before, you never lose)

I decided to go with a “grown up” dress that wasn’t quite right for my still teenage body and my fun fashion had arrived in the mail covered in multi colored rocks. Yes, you read that right. What had looked like rhinestones in the photos online had actually turned out to be bright multi colored rocks. My mom spent the next month cutting off each rock individually and replacing them with rhinestones.

When I went to get my hair colored the week previously, my colorist had turned it grey and about 4 inches had fallen off.

The night of the pageant came and I found out my family, not including my mom, couldn’t make it to watch the pageant. I was heartbroken.

You might start to wonder why I am telling you everything that I did wrong for this pageant on a blog post entitles “My first Crowning Moment” and that’s because I wanted to share with you how so many things can go wrong, but that doesn’t mean you still can’t come out on top. I spent a year preparing for my very first Miss pageant and wasn’t going to let anything stop me from competing.

Every single setback pulled me back further and further until they all shot me forward like a bow and arrow. There are so many things in your life that are out of your control, but your attitude and how to decide to handle them is what will make the biggest difference. 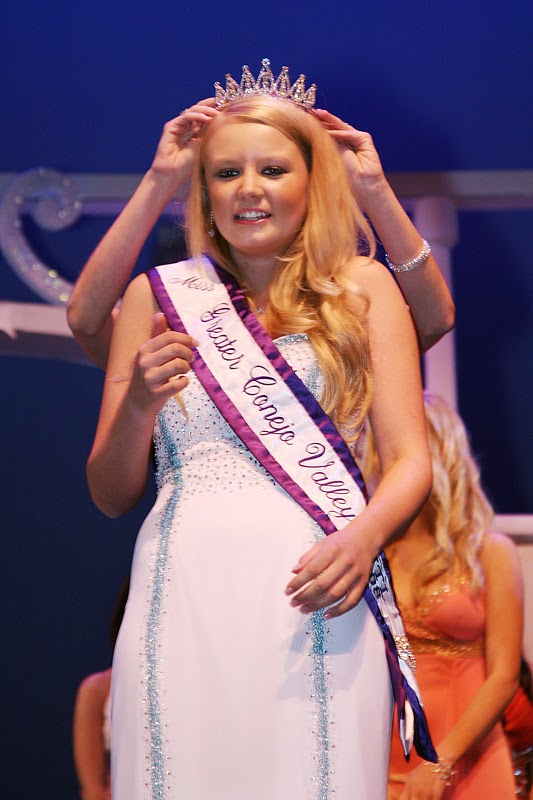 I owe this crown to my mother. She spent hours on all of my gowns and was my support system.