Hey ya’ll! I hope everyone is having a wonderful start to a new fall season. So far, mine has been wonderful. We are finally starting to cool off some in Texas which is so nice. With the change in season it seems like we are having an increase in high profile charity golf tournaments. I thought I would tell you about my first ever star struck moment I experienced.

I was invited to attend George W. Bush’s 5th annual Warrior Open Golf Tournament. The Warrior Open is a competitive 36-hole golf tournament, including an 18-hole Pro-Am. The event honors U.S. service members who serve and sacrifice to defend the United States of America and heralds the many effective organizations that give their time, talents and resources to support the men and women of our military and their families.

Weeks before the event, everyone in attendance underwent a background check for security purposes and we were all shuttled in on the morning of the event. Once at the country club, we received our badges and were able to attend the breakfast. Afterwards, President George W. Bush led the warriors towards the opening ceremony on the first hole where everyone was crowded around awaiting the first player to tee off.

The first time President Bush walked by and I was introduced to him. He said he was very happy to know that Mrs. International was from Texas (he lives in Texas). Then he said he would be right back. Sure enough, he came right back, which is when we had the opportunity to take pictures! Then, he walked away and came back again and signed my sash (I had nothing else with me and I sure didn’t want to miss the opportunity). He said “I hope you don’t sweat” Me: “No sir, I glisten.” It was the first thing that came to my mind, actually I think it just came out and I didn’t even think about it. I was able to get a good laugh out of him along with the crowd. 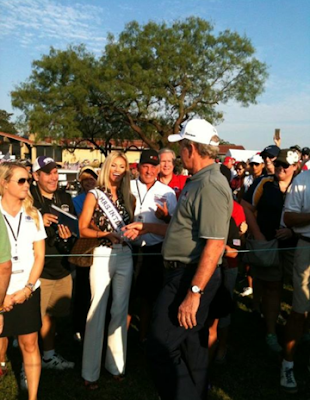 We are BIG President Bush fans in the Algor house. Some might find that shocking being that he was actually the one to make the call to send Justin, along with other family members and friends, to war. We had the opportunity to hear him speak this past April (we were on the second row of course) and he said that to this day he thinks about that decision every single day of his life. I know it was a decision that was not taken very lightly and one that was made for the best interest of our nation and its freedom. 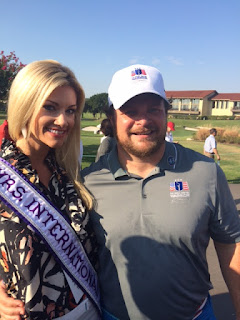 Freedom truly isn’t free and being able to talk to many of the warriors at the event was very touching. The best part, they would do it all over again even knowing that they would sustain injuries that would completely change their life. 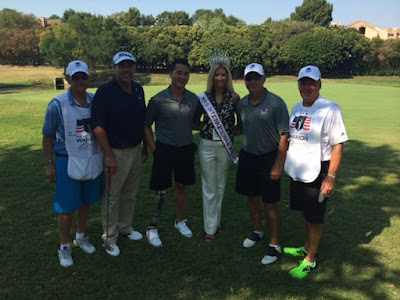