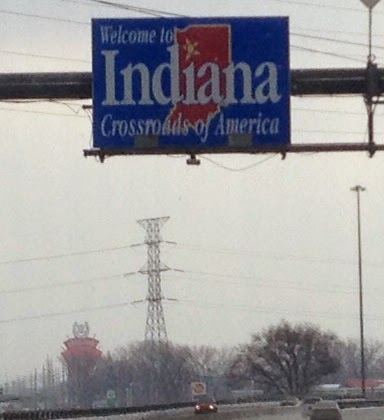 On the road again…this time I was heading south to Indiana. Indianapolis holds a piece of my history from a time before I was married, while working at WISH-TV. Due to Mother Nature, my plans kept changing as the route there (I-65) has been a bit deadly given snow drifts.

Now this trip was an opportunity to bring my kiddos because they had both President’s Day and the following day off from school. It was a perfect chance to also spend some time with my brother and his family who live in a suburb north of the Circle City. This time I wanted to show the children where I used to live and so we stayed downtown.

I have been dying to take Johnny (a train fanatic) to the Crown Plaza at Union Station. It has been prepping for the NFL Combine. We checked-in just in time as the hotel would be closed to the public so the teams and potential players could take it over a few days later. 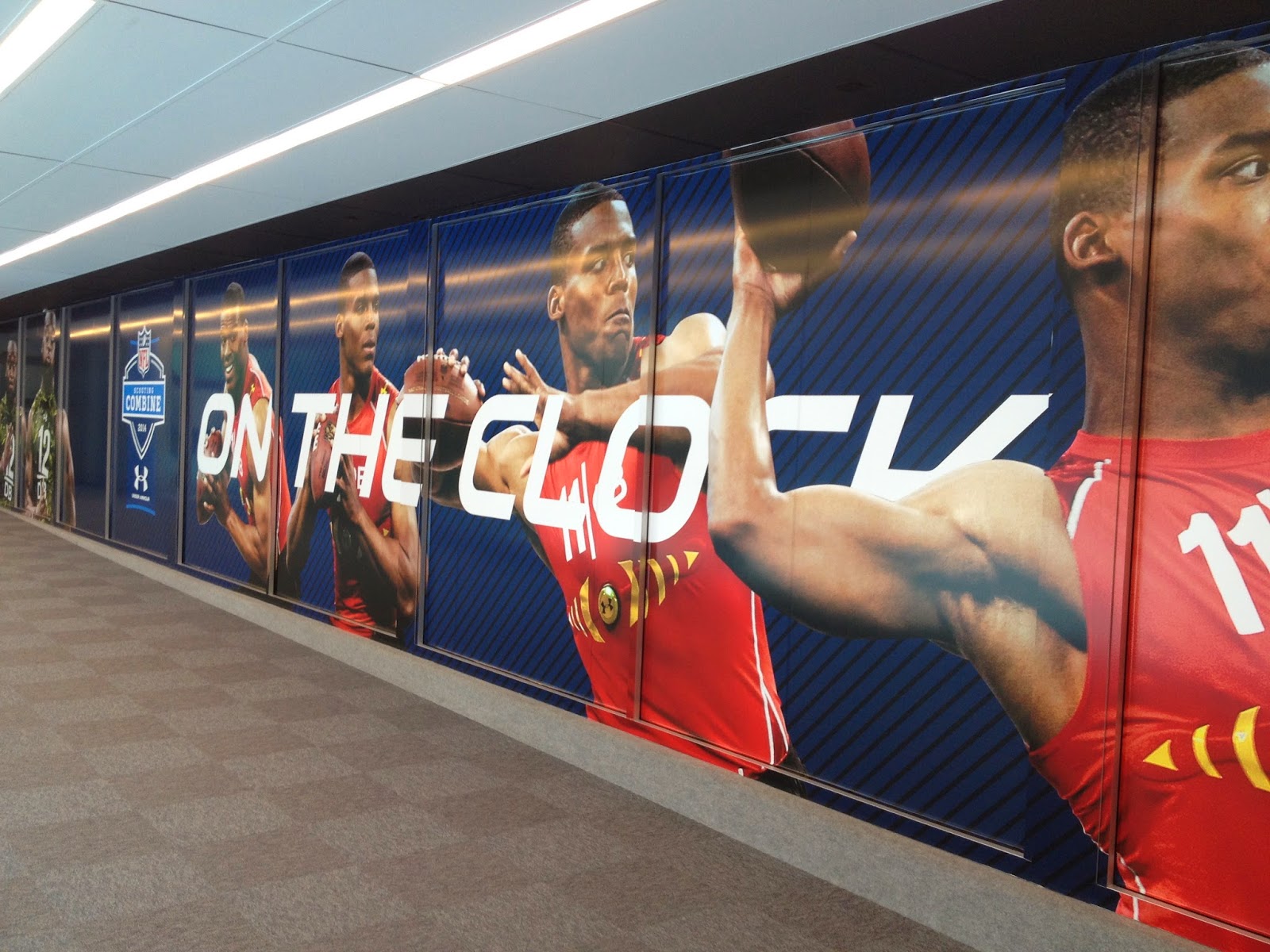 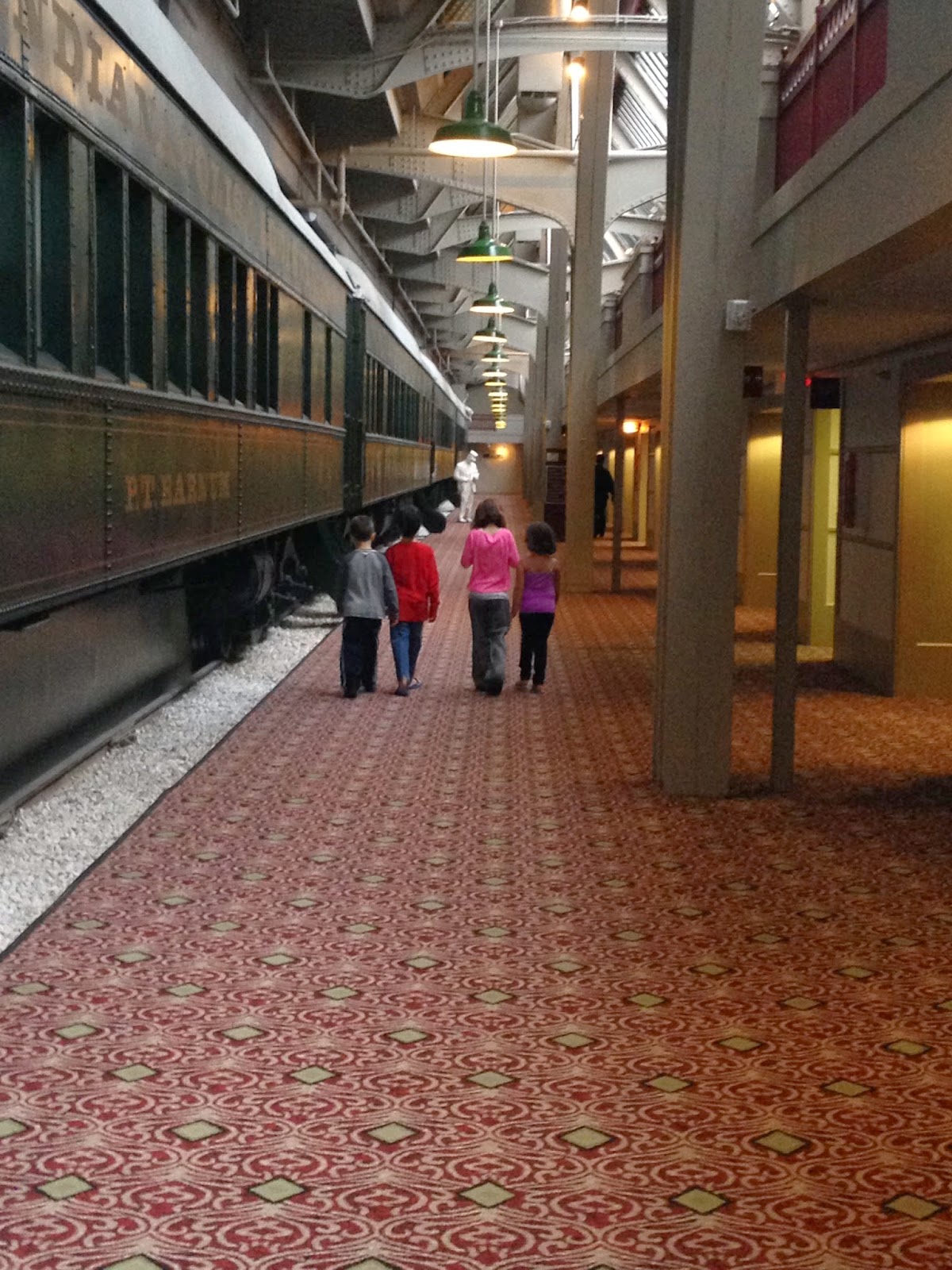 We stayed in these train cars from the 1900’s. 200 of them came through the city every day back then. Now two-dozen of them rest on the original tracks inside the hotel. There are indoor skywalks to both the Circle Centre Mall and to Lucas Oil Stadium, should you visit Indy. 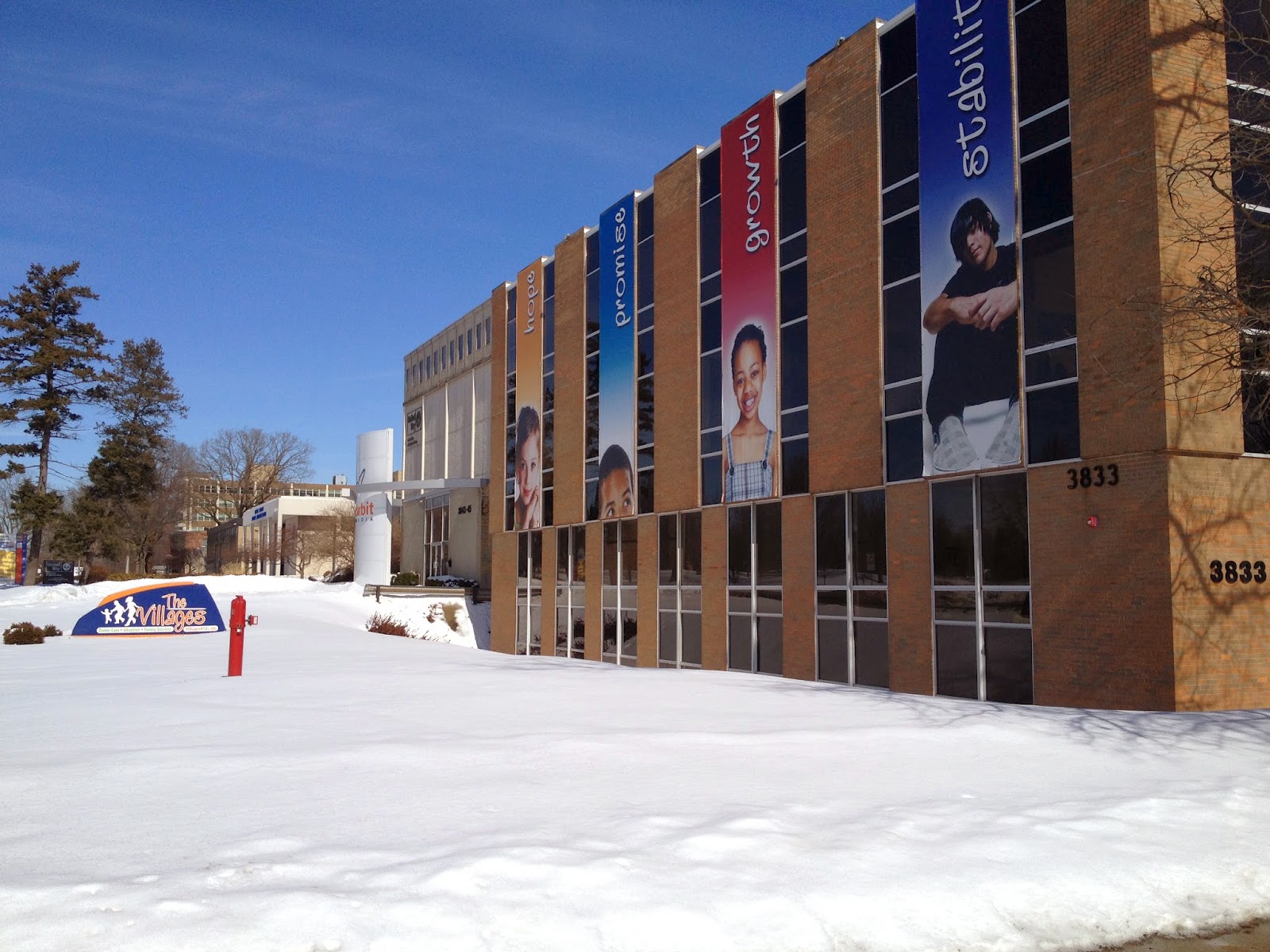 Before heading home I was able to briefly stop by “The Villages.” It is Indiana’s largest not-for-profit child and family services agency. They serve over 1,400 children and their families each day. And inside this building is a hub of agencies and organizations that are networked together to provide a wide array of services. Prevent Child Abuse Indiana is one of those! The Villages also has scattered-site apartments for teens that are about to age out of the system so they can learn life skills when they are out there in the world on their own. Wouldn’t it be wonderful is there were more Villages? Now, there is an idea…