Mary and Mel in Minneapolis Minnesota! 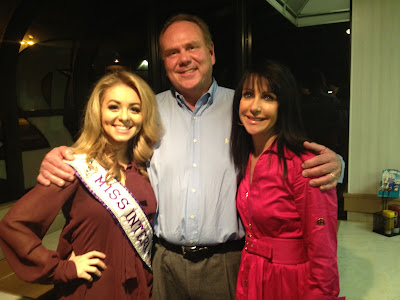 I was so excited when I got called to so an appearance at our local Dairy Queen with our champion Special Olympics team AND my International directors, Mary and Mel Richardson were going to be there! I just love the Richardson’s so much. Even though we have not had long to get to know each other and there is quite a far distance between us, every time I get to spend time with them is such a pleasure. They are the warmest, most down to earth, loving, supportive people. I would quickly trade in my own parents to be a part of their family, just kidding mom!! Hehe. 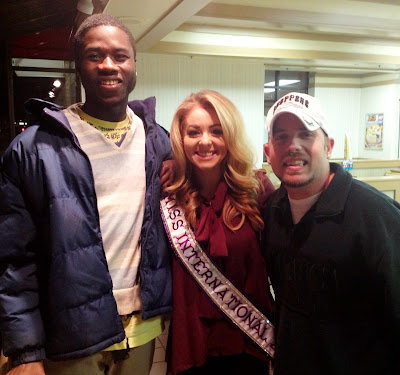 The Special Olympics is a really big deal in Minnesota and we have one of the most developed programs in the country. Pictured above is me between two of our fabulous players, Auggie and Darren. To the left of me is Auggie who is a phenomenal soccer player as well as many other sports. He talked to me for a long time about his dreams of becoming a rap artist or owning a music label. We found similar interests in music and we discovered we also went to the same high school. To right of me is Darren. His Basketball team has gone to compete at the national level for the Special Olympics. So cool! He was so passionate about his sports and it means so much to me that he has an opportunity to do what he loves because of the well-organized Special Olympics here in Minnesota. 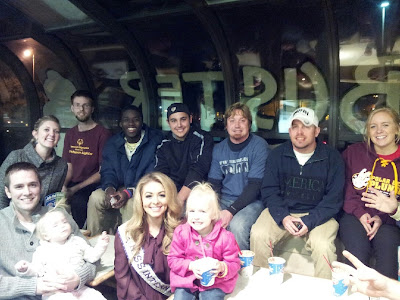 Here we are, celebrating the end of flag football season over ice cream treats and sundaes! 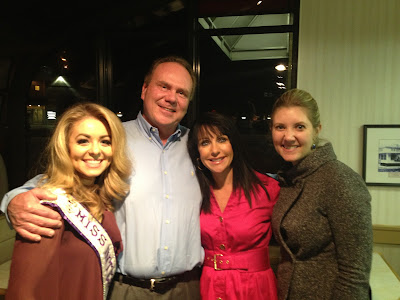 I had a little time to catch up with Mary and Mel before they were rushed away for another appointment. Those two just brighten my day and I was so thankful to be able to see their smiling face even for just a few minuets. My good friend and a former Miss Minnesota is the magic behind this lovely evening. She is very involved with the Special Olympics and the American Heart Association. She always helps me set up great appearances with wonderful people. She first got me involved with the Special Olympics when I was Miss Minnesota and I immediately fell in love.
All of our athletes are fun, outgoing, positive, and supportive people. One told me, “I hope you win Miss America forever,” haha... I think he meant Miss International. He then took my crown, put it on his head, and said, or maybe I will win Miss America forever.” He smirked and shook his head, “No, I can’t that thing is too heavy. It hurt my head,” and gave it back to me carefully. 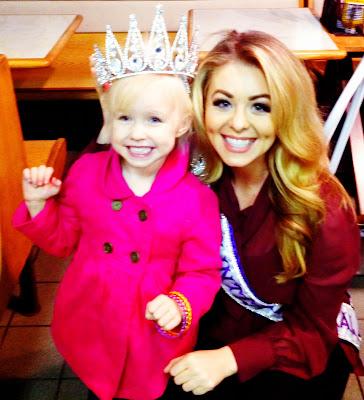 I had another admirer; I kept seeing her peek over the back of her booth eyeballing my rhinestones. She was so cute. She finally got the courage to take a picture with me, but only after I made her a deal, if she took a picture with me she could wear the crown. She’s a smart girl and of course didn’t hesitate to step under its overpowering size. I had to hold it on her head of else it would have ended up around her neck!
Overall, it was a really relaxing fun night with some of my favorite people. Thank you Becky for organizing this night and thank you Mary and Mel for finding the time to see me in your busy schedule. Love you with all my heart and am forever grateful to be your Miss International 2012.
XOXO,