For the readers of this blog, if you had a few minutes to check out the link from my previous post, you know that Regions Hospital Burn Center completed an educational and promotional video to draw burn patients from smaller regional hospitals that do not have the specialized equipment or personnel necessary to become a certified burn center. I was asked to participate in the video and was ultimately selected as the example of a survivor to help narrate and “tell the story.”

The day of the release, I was invited to attend a reception. It was an interesting experience to walk into a hotel and have strangers recognize me from a production that I had not yet seen, and speak to me as though we were acquainted. Fortunately, one such individual greeted me and shared that he was moved by the video; because he was there…the day I was burned.

The afternoon of the helicopter crash, for which the anniversary is drawing near, this gentleman named Mark Johnston was a rookie firefighter with less than a year on the job. He recalled for me what it was like getting the call of a helicopter explosion and the unbelievable devastation of the crash site when they arrived. Mark went on to tell me he was responsible for putting out the flames, and could not believe he was looking at what was once a helicopter. His close friend was the EMT that placed me on a stretcher and rode with me to the emergency room.  Mark knew that almost 10 years after my accident; I reviewed my medical records and found the name of his good friend. I then called his friend and thanked him for helping to save me life.

Just minutes after my conversation with Mark, I had a chance to connect with other friends from this part of my life and take a couple photos. The first is (left to right) Chris Gilyard a survivor and employee of the Phoenix Society, Candyce Kuehn the Charge Nurse for Regions Burn Center, Steve and Dianne Stubbe survivor volunteers, Mark, and me. 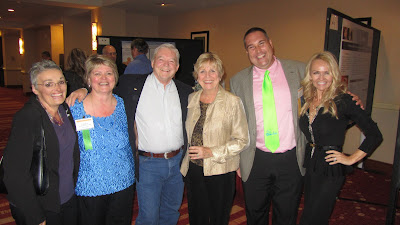 I was also able to snap a shot on the dance floor with one of my burn surgeons, Dr. David Ahrenholz with his wife Jeanne and Chris again. 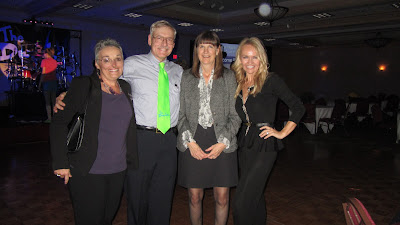 Life really is about the people we meet and how our lives touch.