In 1991, the Phoenix Society Japan for Burn Survivors and Their Families was founded because of the passion of a few good men who believed there was a need for support in the burn community. One of those individuals was Mr. Masayuki TEJIMA, who was introduced to the founder of the original Phoenix Society (Alan Breslau) through reading a book.

My time with the Phoenix Society Japan was spent at the gorgeous Hotel Nikko Tokyo and included 22 participants from around Japan. The afternoon commenced with an hour presentation given on both my personal burn story and the current activities of the Phoenix Society for which I represent. Mr. TEJIMA was kind enough to handle all translation both in print and as I presented. His daughter Aya also assisted as the members in attendance started to share with me their individual and very personal stories.

We engaged in an Q & A session, I was presented with a gift and flowers, followed by photos with the Tokyo skyline in the background, a very nice buffet dinner, and introductions by each attendee...which were so thoughtful and touching. Many of those in attendance had watched the Fuji TV production of "Amazing Stories" on which Joe and I were featured, and several believed it was destiny that we should meet. Tears were shed, there were moments of laughter and though I bowed with respect...a hug was shared with each individual.

We will never forget the time spent with the Phoenix Society Japan, and to say Arigato Gozaimasu does not even come close to expressing the appreciation Joe and I feel for these amazing and thoughtful people. 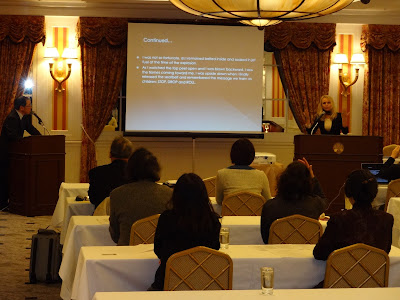 As I was giving my presentation with Mr. Tejima translating from the left side podium. 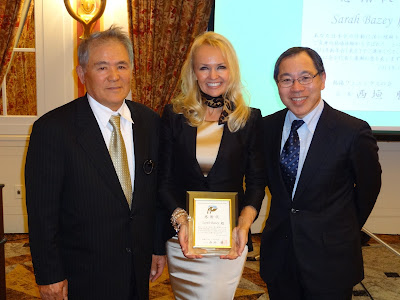 President Mr. Nishigaki presented me with a plaque on behalf of the Phoenix Society Japan and to the right in the photo is Mr. Tejima. 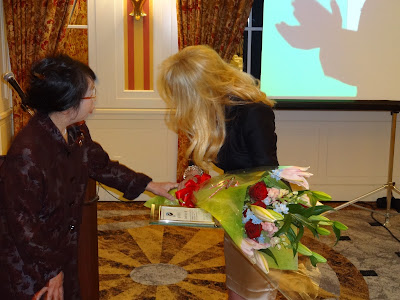 I bow in appreciation for the flowers being presented by Naomi, burned 61 years ago. 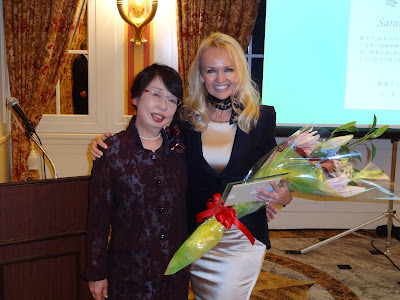 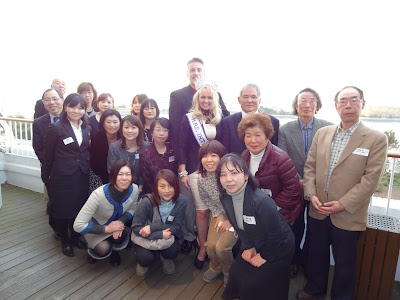 Joe and me with the members of the Phoenix Society Japan 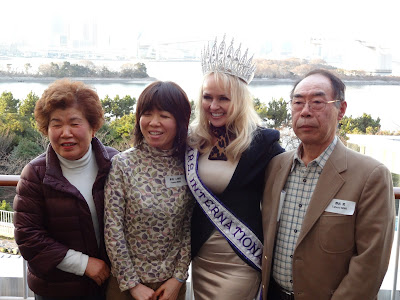 The Noro family, whose daughter was burned in a bath when she was four years old. 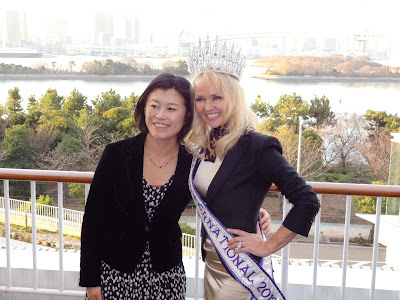 Emi is a beautiful young lady who was also burned as a baby and today has a fabulous smile! 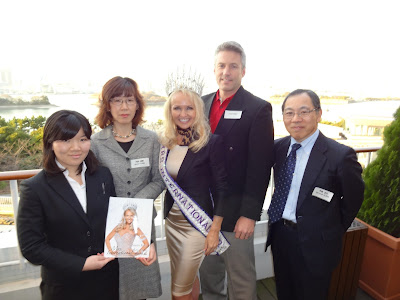 Left to Right; Aya, Mizuho, me, Joe and Masayuki 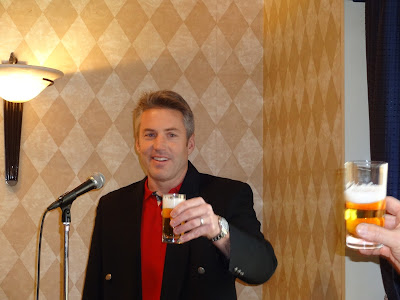 Mr. International delivering a toast to the entire group, which was very nice. 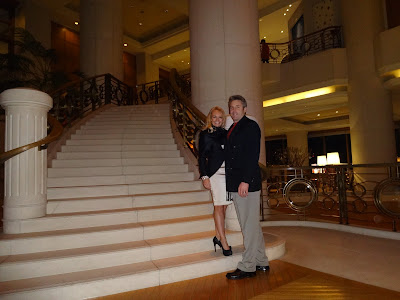 Joe and I before we departed the Hotel Nikko Tokyo.