Our tour guide around Hong Kong for the day was the energetic and very fun Theresa! According to her, the people of Hong Kong; talk fast, walk fast, eat fast, and work hard. Joe and I smiled at each other, because we were arriving at that very conclusion and Joe says she is the Queen of all!

We met Ms. Theresa and Mrs. Frieda Chan, who is the lovely wife of my HBS classmate Mr. Paul Chan, for lunch at the famous Din Tai Restaurant, just a five minute walk from The Park Lane hotel where we stayed. Frieda ordered a variety of traditional Chinese selections and we dined family style. 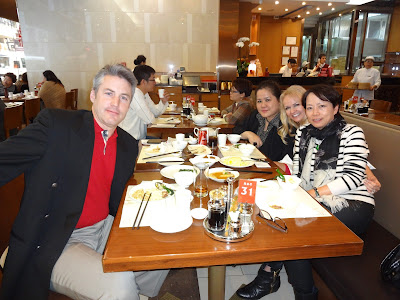 Joe, Theresa, me and Frieda

The afternoon included some tourist and local favorites such as; the Jumbo floating restaurant, Repulse Bay, the Stanley Market, Murray House, and much more. 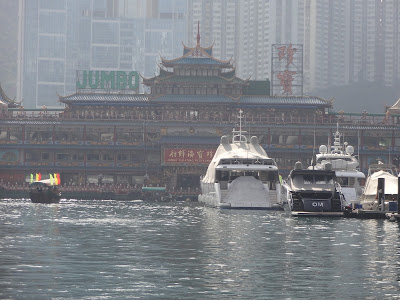 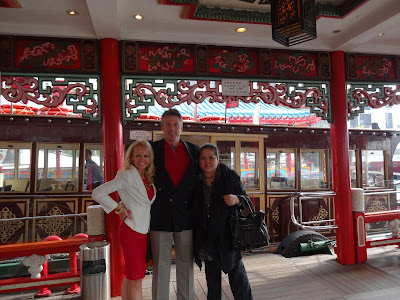 Theresa joins us for a photo on the pier where the Jumbo taxi's are boarded. 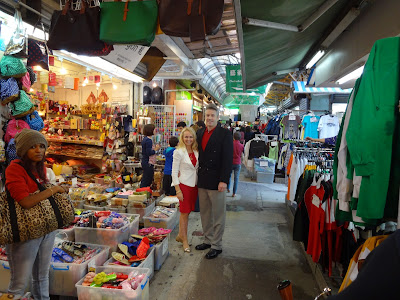 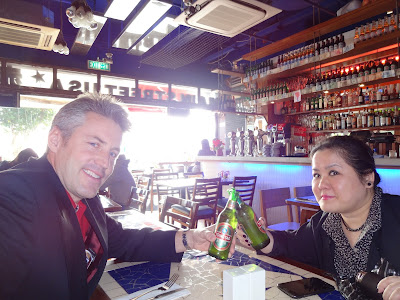 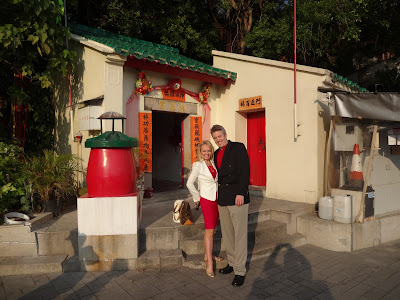 Following our tour we were driven, to the West Wing of the Central Government Offices in Tamar, Hong Kong. I am so very proud of the accomplishments of my classmate, Mr. Paul Chan who is the Secretary for Development within The Government of Hong Kong.

When we arrived, we were greeted by a very sweet Louisa and escorted to a conference room connected to Paul's office, where Joe and I were introduced to two burn survivors. Crystal Ho is in her early 20's and works with the Hong Kong Burn Association. Stanley Cheung was burned in 1996 and was named in the 2009 Top 10 Most Outstanding Young People. He and his mother are the driving forces behind the newly formed organization. 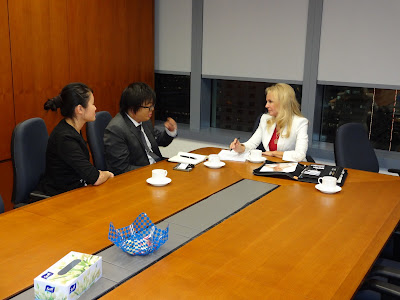 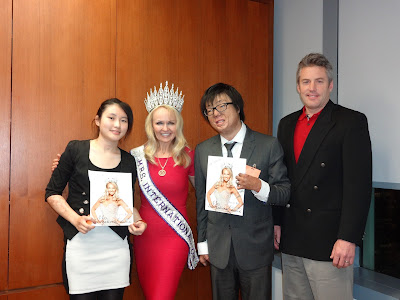 Crystal, me, Stanley and Joe

Meeting with Crystal and Stanley gave me some insight into the burn community in Hong Kong, and I was able to share with them information about the Phoenix Society and activities within burn communities from other parts of the world. I want to thank both of these courageous and beautiful individuals for sharing their time with me. And Paul for making this important introduction. 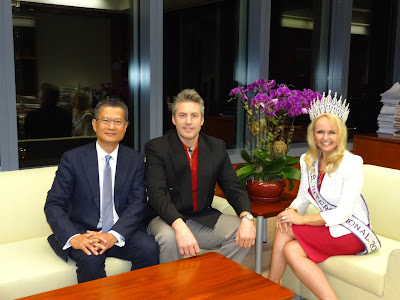 Paul, Joe and me

Following our meeting, we were invited into Paul's office and had an opportunity to take some photos before departing for dinner. The Chan's hosted a wonderful meal for us in a stunning restaurant overlooking the waterfront. To top off this most amazing day, Paul and Frieda took us to the "Peak," which is the highest point in Hong Kong. We walked along a path high above the city and were able to take in the most breathtaking views...it was from here that I can understand the reason Hong Kong is the "Pearl of the Orient!" 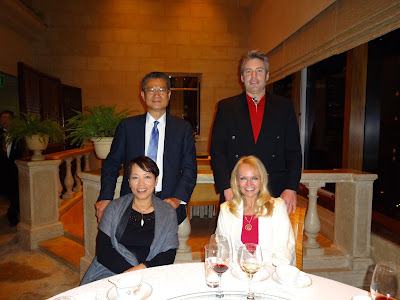 Paul, Frieda, Joe and me after a wonderful dinner together! 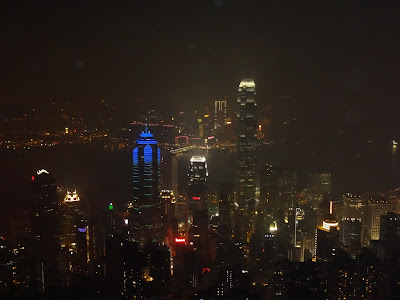 View of the Peak.

Before leaving for Manila, Joe and I explored Causeway Bay and captured a couple photos to share; one with a traditional Lion, which is intended to protect and one of Joe relaxing on a bench in the park across from our hotel. 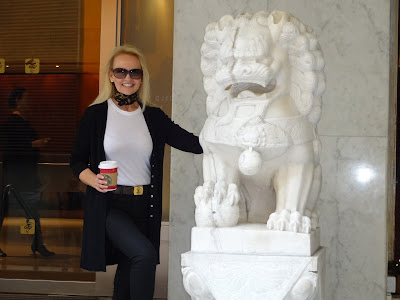 One of two Lions. 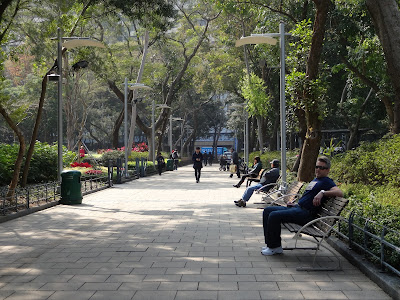 A moment to relax.

My warmest appreciation to the Chan's and our other hosts during our stay in Causeway Bay, Hong Kong, The Peoples Republic of China.