A Day to Remember in London!

What started out as a typical overcast day in London transformed into a sun filled afternoon with bright blue skies. But, even more amazing was the fact that a morning filled with typical sightseeing turned into an unexpected, unbelievable, and unobstructed view of Queen Elizabeth, Prince Philip, Prince Charles and Duchess Camilla! 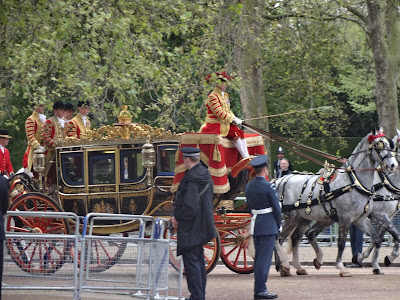 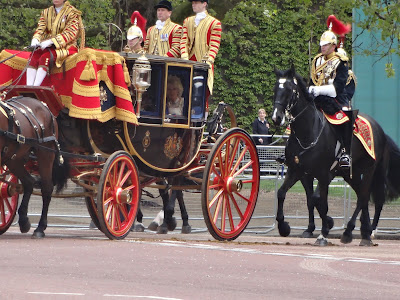 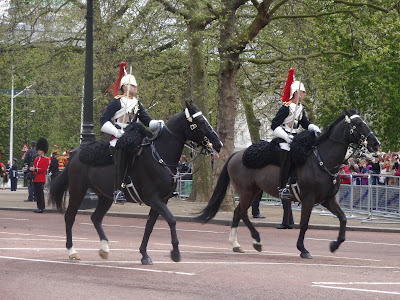 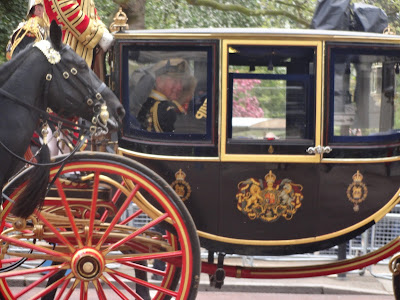 Prince Charles waves in our direction! 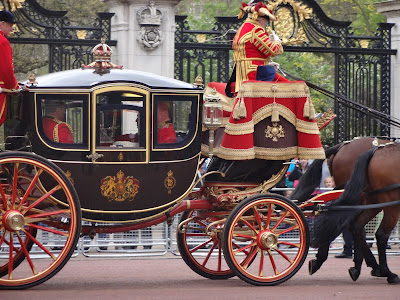 Returning to the Palace from the opening of Parliament 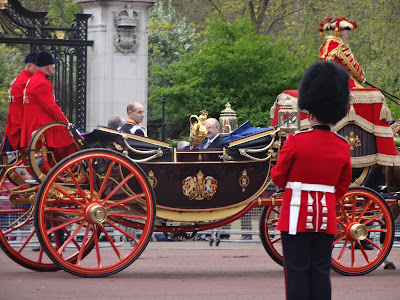 As we walked along the mall we stopped to see Clarence House, the residence of Prince Charles and Camilla. Not much further was a stunning daylight view of Buckingham Palace, the London residence and workplace for the British Monarch since 1703. Just in front of the wrought iron with gold trimmed entrance gate, is an impressive fountain and rows of tulips that add incredible color. We watched the carriages as they departed and then strolled through the beautiful Green Park. 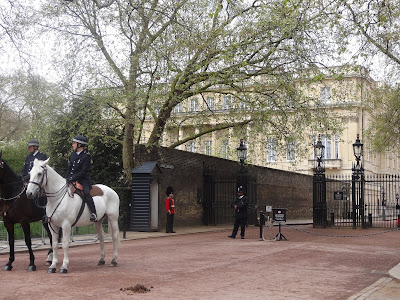 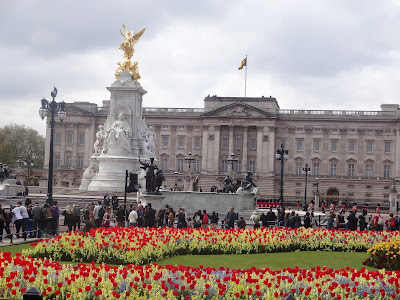 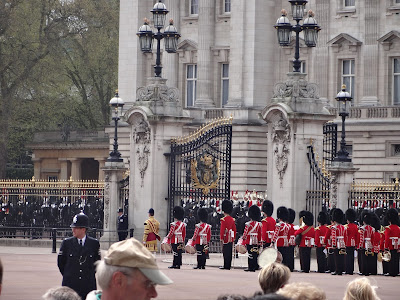 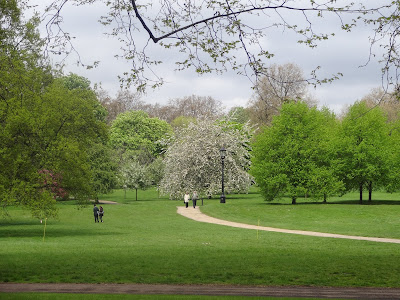 Earlier in the day Shannon, Joe, and I walked just steps from our hotel, the fabulous Lanesborough Hyde Park Corner, and we were below ground in the Tube on our way to the first stop...Big Ben and the Houses of Parliament. 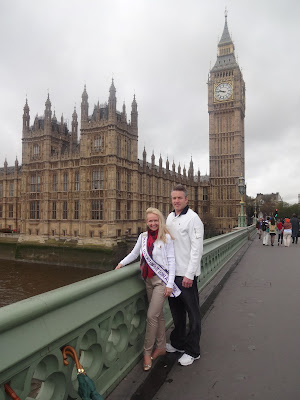 Houses of Parliament and the iconic Big Ben

From there we walked to Westminster Abbey, where many of us rose early to witness the royal wedding of Will and Kate. This structure was built in 1090 and serves under a royal warrant. 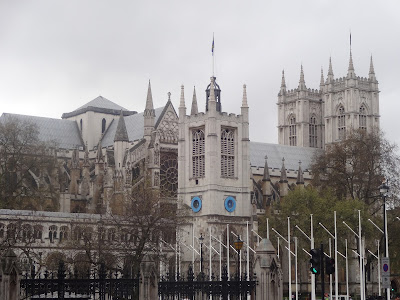 Our next stop was the Tower of London, which holds the "crown jewels." We walked completely around the Tower (though I would describe it as a fortress) and stood on the nearby Tower Bridge, from which you can see in the distance the actual London Bridge. 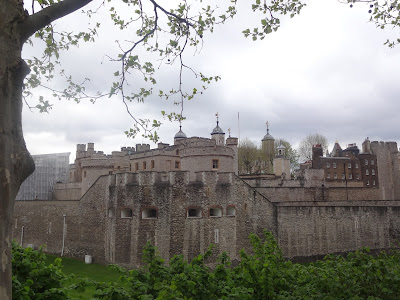 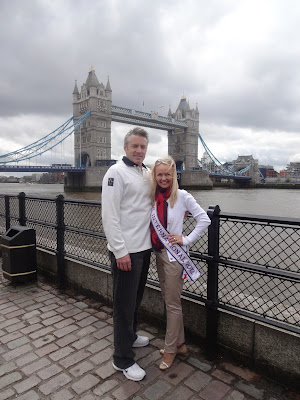 I may be dating myself by sharing with you the next place we visited was St. Paul's Cathedral, and I again recall getting up early to watch the wedding of Charles and Diana. I could just see the train of her gown flowing on the steps. 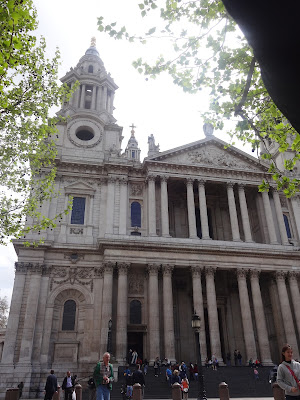 For fun, Joe and I decided to take a picture in one of London's classic red telephone booths, which I would describe as aromatically challenged. 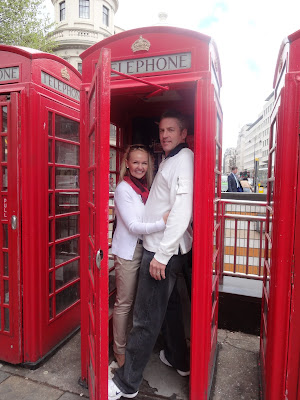 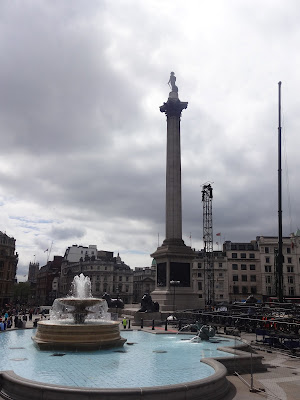 From there it was not far to Trafalgar, a tourist area with many interesting structures located in the heart of the city. This is where the truly amazing part of the tour took an interesting twist, as we collectively made several decisions that lead us directly into the once in a lifetime moment, without even knowing it...we were about to see the Queen of England!

That is all I can write for now, as it is just before 4:00am and we leave for Paris in a few hours. I have to say "Thank You" to our magical tour guide and friend Shannon...and, please stay tuned, because this is just what happened before noon on our day to remember in London!

With love from London,