Crown Off & Helmet On!

Black & white stripes are the hottest fashion trend for the season…right? However, this may not be exactly what the fashionistas have in mind! 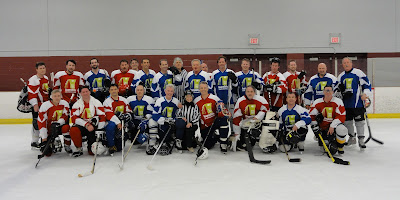 When I was asked to referee the Richard Stehly Memorial Hockey Game at Parade Stadium on April 15, 2013, I didn’t hesitate to accept. Hockey was an important part of Richard’s life, and he unfortunately passed away playing the game from a heart attack in 2010.

My fellow referee was the fantastic Dan Vruno, and 20 years ago I worked with Dan’s son and his hockey team as a power skating coach. After spending the night on the ice with these rough and tough hockey players, who all happen to be affiliated with the American Concrete Institute (ACI) for which Richard was the President at the time of his passing, I am fairly certain I should stick to power skating! After the game, Dan said we only got yelled at about 15 times, so he figured we did a good job officiating!

I blew the whistle for off-sides, tripping, and a few other violations…but generally let the guys fight it out without too much interference from the “stripes!” Thank you to the boys for allowing me to play in their “sand box!” And Dan, let me know if you ever want to trade in your helmet for a crown! 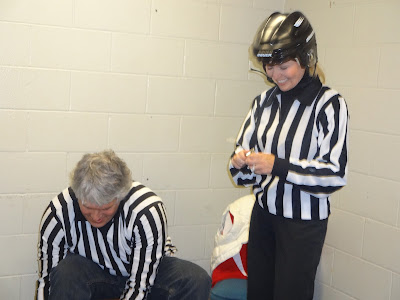 Getting ready in the Officials Room 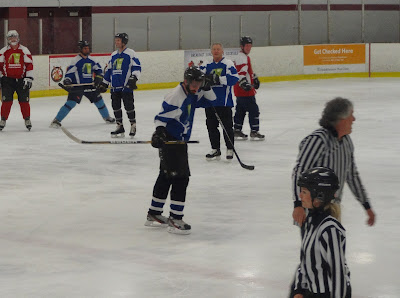 In action on the ice 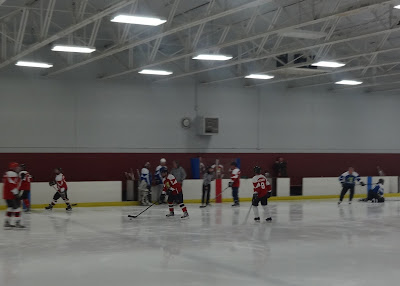 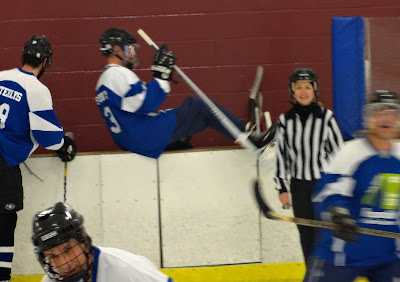 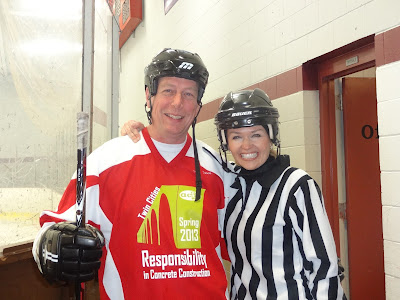