From the moment we stepped off the train in Frankfurt, Germany, we felt welcome...as we were greeted by one of my favorite people in all of the world, Dr. Peter Sewing. Peter is not just one of my HBS classmates, but we were members of a "living group" meaning we shared common living quarters, which gave six of us a wonderful opportunity to learn more about each other as individuals. Please allow me to start this blog with a heartfelt "Danke Schon" to my dear friend, because he was so very thoughtful and we sincerely appreciate all that he did to make our stay simply fabulous!

Since it was just after noon when we arrived, and Shannon was craving Wiener Schnitzel and Spaetzle, we were escorted to a restaurant across the street located in the Steigenberger Hotel for an authentic German meal. The food was quite good and we finished just in time for Shannon to continue on her journey to Vienna.

As Peter drove us from Frankfurt to the town in which he resides called Kronberg, Joe and I were in awe of the beautiful landscape and it's resemblance to Minnesota. The town of Kronberg itself is absolutely charming and somehow looks just as I imagined. The first photo I would like to share with you is from a village we passed through during our time in Germany, simply because it captures the quaint feeling of a German town. 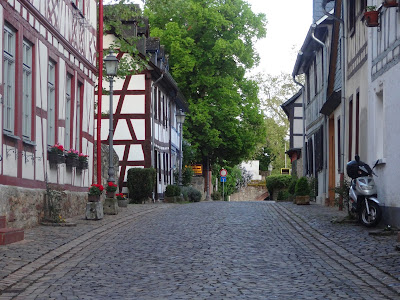 Our next stop was the Schlosshotel Kronberg, which is a castle operating as a five-star hotel and is historically known as Friedrichshof, named by the Empress Frederick who built the house between 1889 - 1893, as the widow of Frederick III, King of Prussia and German Emperor. The eldest child of Queen Victoria of England was born in Buckingham Palace, and she was given the title of Princess Royal, which lead a most intriguing life. To have walked through the halls and stayed in this royal home is an experience of a lifetime. 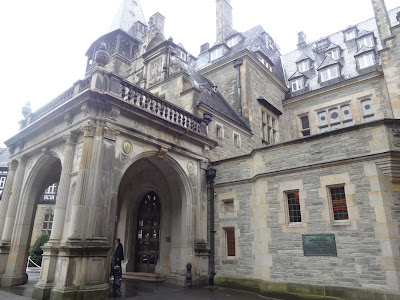 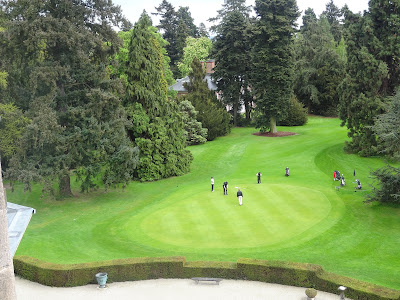 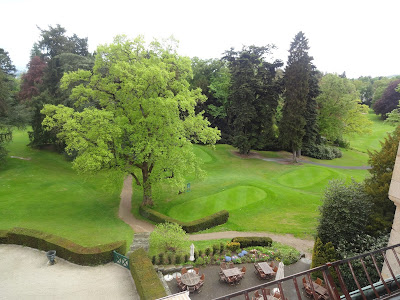 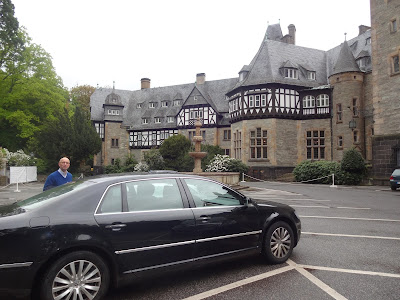 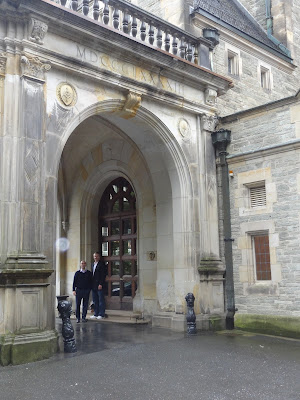 After we settled in and changed for dinner, a car picked us up and carried us to the home of Drs. Peter and Diana Sewing. Diana and their two children Helena and Johan were away for a family commitment, however, Peter hosted a truly memorable evening in our honor. The meal itself was prepared by a phenomenal local chef and served by the charming Daniele. 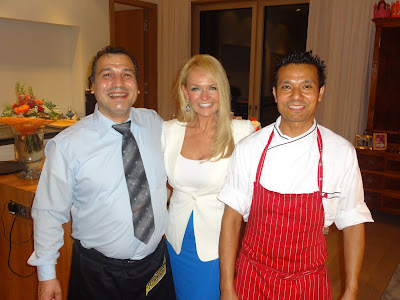 As the evening progressed, there were many wonderful conversations and opportunities to share in cultural exchanges. During dinner, I addressed our guests not only regarding the connection between Peter and me, but my stated mission as Mrs. International; to represent the International title, to connect the burn community, and spreading a message of living heart healthy. 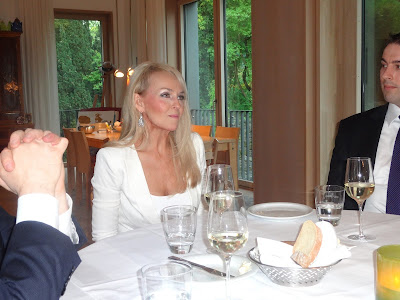 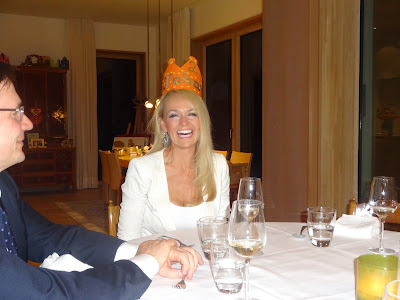 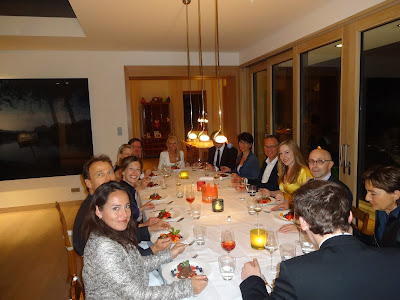 It was a sincere pleasure to meet and share some unforgettable conversations with the remarkable Mr. Raimund Trenkler and his wife Dr. Bettina Bauer, with whom I understand is well respected for her work with breast cancer. It was also a very special treat to meet the enchanting Ms. Robin Buck, who is originally from America and residing in Kronberg. Mr. Henrik Gockel and Ms. Barbara Lohse both are affiliated with Prime Time Fitness, teach at the University in Frankfurt, and we were fortunate to spend additional time with them beyond dinner. We were also grateful to have been joined by Mr. Eberhard Carl Lange and his beautiful wife. And last but not least, four special guests joined us because of a friendship with Ms. Becky Thoreson. Dr. Elizabeth Plowman (Libby is a Minnesota girl living in Frankfurt) and her handsome significant other Christian Domnik, along with their bright and charming friends Franz Doer and Katharina Lange. 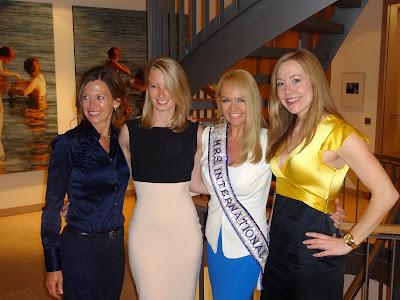 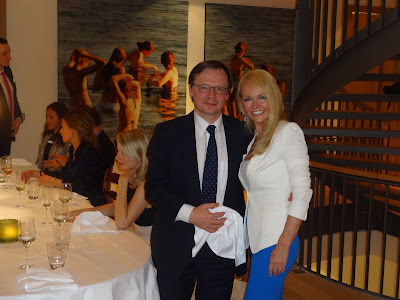 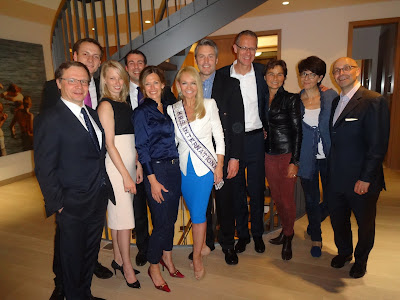 What an evening to remember..."Danke Schon" to those who joined us, to our incredible host, and all of you for reading about our first day in Frankfurt, Germany!

As always with love and appreciation,