Last weekend I got to ride on the royalty float at the “Great Minnesota get Together!” I absolutely love the state fair. So, being in the state fair parade was something I had been looking forward to. I was reunited with my Minnesota Teen Queen, and my Minnesota Mrs., now Mrs. International, Sarah Bazey. We sat at the very front of the float. It was really hot out that day but we were having too much fun waving at all the cute little kids in the massive crowds to notice the heat.

We were accompanied by visiting Ambassador royalty and a few other pageant beauty queens. We couldn’t help but giggle at the little girls who had their hair done up my “Fair-Do!”  After lots of backcombing, some colored hair spray-paint, and a bunch of glitter, these kids end up looking like little troll dolls. The only thing missing is the belly button jewel! It is so cute though; I secretly wish I could get my hair done! 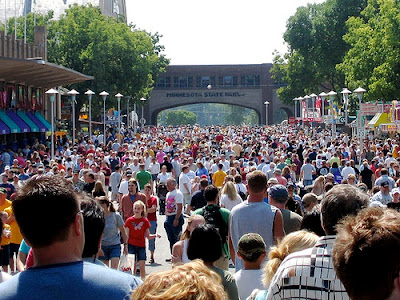 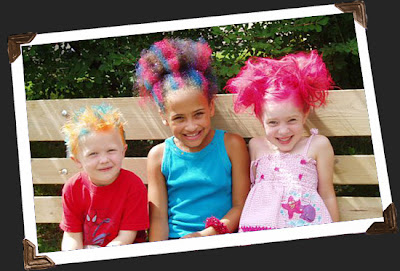 At the end of the parade we were greeted with Sweet Martha’s cookies and much needed ice water. I stayed and enjoyed the good food, festivities, and great people watching for the rest of the evening. I tried fried alligator, lamb, red velvet funnel cake, fried candy bar, fresh strawberries with whipped crème, and I of course could not leave without a few cheese curds. There are so many interesting attractions at the fair. I saw an impressive BMX Skate show, a trampoline acrobatics show, a dog show,  and many more.

My favorite was the “Luminarium”. It was an inflatable sculpture that was modeled after architecture found in Muslim and Hindu temples. It took the artist 25 years to create. It was like stepping into a maze. The walls were rubbers like a thick balloon. There was southing tranquil music and lights beaming out of intricate designs on the ceilings and dome shaped rooms. They encouraged you to take off your shoes, lay down and take in the atmosphere designed to make you feel like you stepped into a different world. It sure was a big change from the crowded, hot, noisy mobs of people outside enjoying the fair. I left feeling like I had just woken up form a nap. I was energized. It was an incredible and massive piece of artwork. 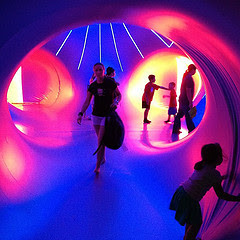 I ended the night by checking out the Dairy building. A friend of mine was getting her head carved In butter! So cool! I wonder what she ill do with it…? Then I hit the amusement park rides and games. I look forward to the 2013 fair and all the delicious treats and oddities it will bring! 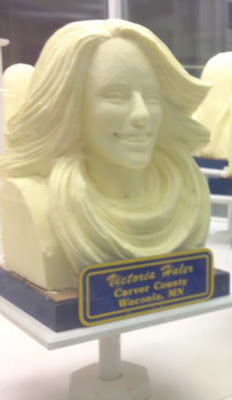