Let Us Represent You!

Before the election week there was a meeting with the candidates to discuss some of the events that would be taking place throughout the year for the council. Immediately I was excited by all of the ideas and plans they hoped to put into action though the council. I was literally jumping with joy!

When I decided to run I also thought it might be fun to run with a friend and campaign together since there can be three representatives. This, of course, had never been done before, but, my best friend, Morgan and I decided to change up this election a little bit.

The first step we took was to look at the students past records of voting and what swayed their votes. Surprisingly, one of the major factors in their choice of candidate was the funniness and creativity of the posters! So, Morgan and I, with the help of our friends, came up with the craziest and funniest posters we could think of. If we were going to do this we were going to do it right!

I have never before seen quite the reaction that we received! We had more compliments from teachers and students than we can count and gained more followers than we ever expected! The majority of our poster were done with photo shop and filled with references to nerdy movies and books. I must say they are hilarious! 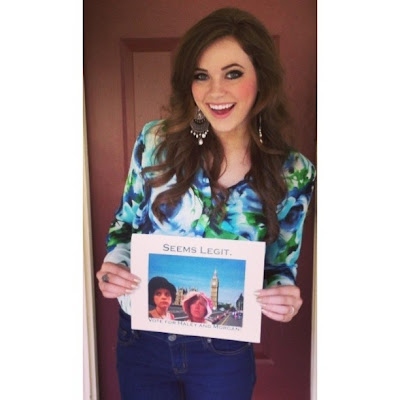 Morgan and I are very close and neither of us will be too upset if we lose. Instead, we will be happy for the other if they win and happy that we had the opportunity to run for office. We know that who ever is chosen by the student body will do wonders for our school and community and represent us well.

The announcement of the new student council will be next Tuesday morning, so until then, wish us luck!