My Second Chance At My First Pitch

After I was crowned Miss Teen Arkansas International, one of the first events that I was able to attend was a Dickey Stephens (Arkansas Travelers) baseball game where I would be throwing out the first pitch. I was so honored and excited, but there was an issue. I’m terrible at sports. I can’t even throw a baseball straight! So, before the game I buckled down and practiced, practiced, practiced until I could throw a decent pitch. I thought that I was ready… and oh how wrong I was!

It wasn’t until I was out on the field, standing on the mound and gazing up at the large crowd and the catcher who was signaling me to throw the ball that I realized I was far from ready. But, still, I let it fly and even with all of the catcher’s speed he wasn’t able to catch it before it hit the dirt. At the time I was a little sad that it wasn’t the pitch I had hoped for, but I was ecstatic that I even had this opportunity.

Fast forwarding to after I won Miss Teen International, I discovered that I would be able to throw out the first pitch again! And I was being given a second chance to redeem myself!

This time I didn’t practice, but went straight into the pitch with confidence that I could throw a decent strike. Unfortunately, the second time around the pitch was far worse than the first! I honestly couldn’t believe it! It practically didn’t go anywhere near home plate!

When I look back now, I can’t help but laugh! It’s alright that the throws weren’t perfect, because I had the time of my life doing something people only dream about. I’m grateful for the opportunity and I’m proud of my first pitches, even if they didn’t exactly make it home! 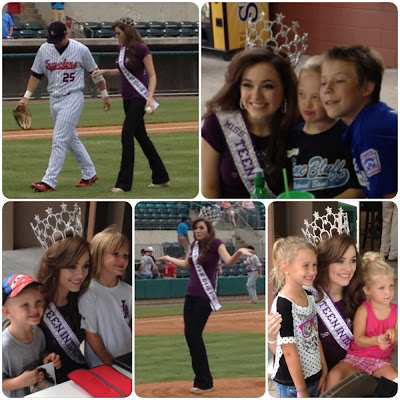 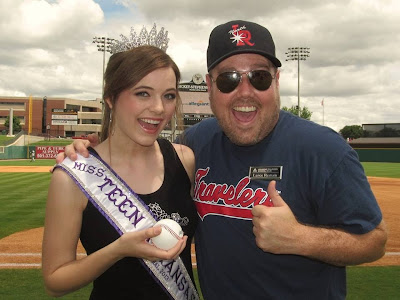