Read ALL About It!

The other morning I was racing through our downstairs, trying to pick up every spare toy I could find. Given our children are 5 and 7 years old, there were a lot of spare pieces to pick up! I was wiping down counters and shoving magazines in drawers all in an effort to appear like the organized person I only wish I was.

Why all the pomp and circumstance you wonder? (Well, maybe you don’t) I had a reporter on his way to the house. His name is Alan Henry. We both worked in Chicago media at the same time. He thought he could retire from news and discovered a week later he already missed it. So, he now works for a group of newspapers including The Glenview Lantern and Winnetka Current.

At this point I must give a shout out to my friend Angelica. She is a mom and mastermind behind a new invention that easily cuts off tags from clothing etc. By the way it's called “The Wizor,” and it is genius! Alan was doing an article on her product when she mentioned me and so he called to do a story.

And so here we are. There is a certain connection you have with fellow reporters/photogs after working in the media for any length of time. We just get it. We understand it from the not-so-glamorous side. Alan and I must have spoken for half an hour before we actually got to the task at hand, which was discussing CASA and the work I will do this year through the Mrs. International pageant system.

We shot a few pictures with my children who were THRILLED to be included, especially when the article appeared in the paper and circulated through their school. That article has already opened doors for CASA and a potential Fortune 500 sponsor!!! Thank you Mr. Alan Henry for stopping by to talk. It means more awareness and support for CASA! 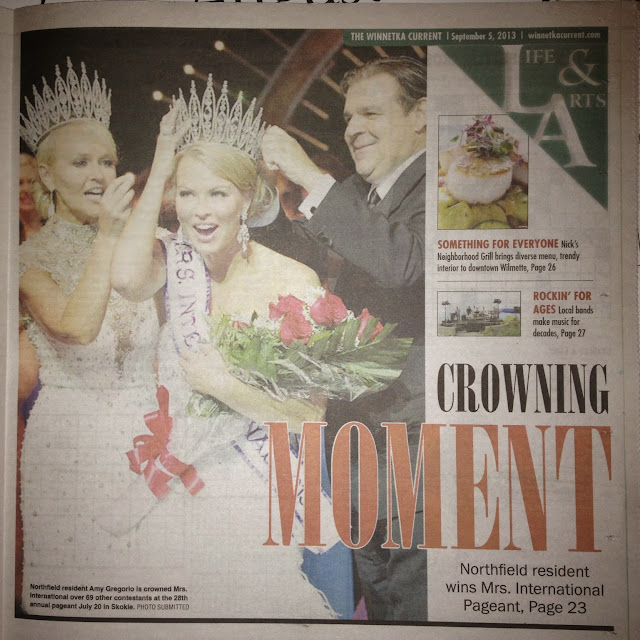 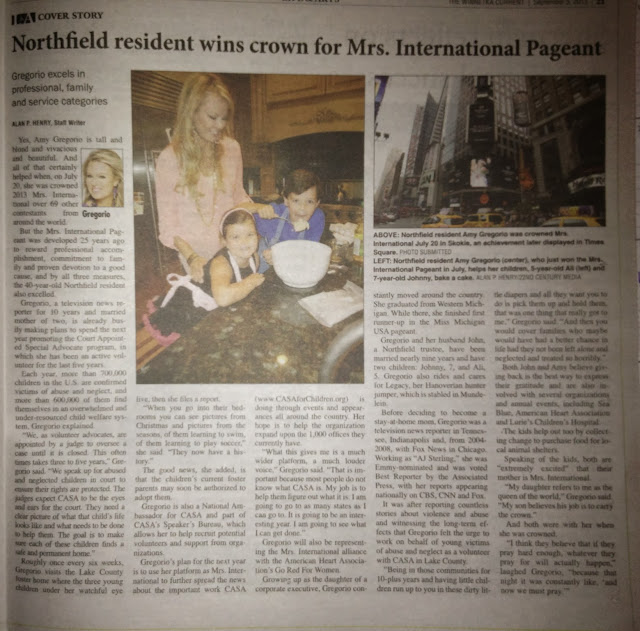 Hot off the press!
Be the change~